Effect of Aminophenyl and Aminothiahexyl α-D-Glycosides of the Manno-, Gluco-, and Galacto-Series on Type 1 Fimbriae-Mediated Adhesion of Escherichia coli
Previous Article in Journal / Special Issue

The Biology of Neisseria Adhesins

Helicobacter pylori is one of the most successful human pathogens, which colonizes the mucus layer of the gastric epithelium of more than 50% of the world’s population. This curved, microaerophilic, Gram-negative bacterium induces a chronic active gastritis, often asymptomatic, in all infected individuals. In some cases, this gastritis evolves to more severe diseases such as peptic ulcer disease, gastric adenocarcinoma, and gastric mucosa-associated lymphoid tissue lymphoma. H. pylori has developed a unique set of factors, actively supporting its successful survival and persistence in its natural hostile ecological niche, the human stomach, throughout the individual’s life, unless treated. In the human stomach, the vast majority of H. pylori cells are motile in the mucus layer lining, but a small percentage adheres to the epithelial cell surfaces. Adherence to the gastric epithelium is important for the ability of H. pylori to cause disease because this intimate attachment facilitates: (1) colonization and persistence, by preventing the bacteria from being eliminated from the stomach, by mucus turnover and gastric peristalsis; (2) evasion from the human immune system and (3) efficient delivery of proteins into the gastric cell, such as the CagA oncoprotein. Therefore, bacteria with better adherence properties colonize the host at higher densities. H. pylori is one of the most genetically diverse bacterial species known and is equipped with an extraordinarily large set of outer membrane proteins, whose role in the infection and persistence process will be discussed in this review, as well as the different receptor structures that have been so far described for mucosal adherence. View Full-Text
Keywords: bacterial adherence; adhesin; receptor; virulence; gastric disease; outer membrane protein; Lewis antigen bacterial adherence; adhesin; receptor; virulence; gastric disease; outer membrane protein; Lewis antigen
►▼ Show Figures 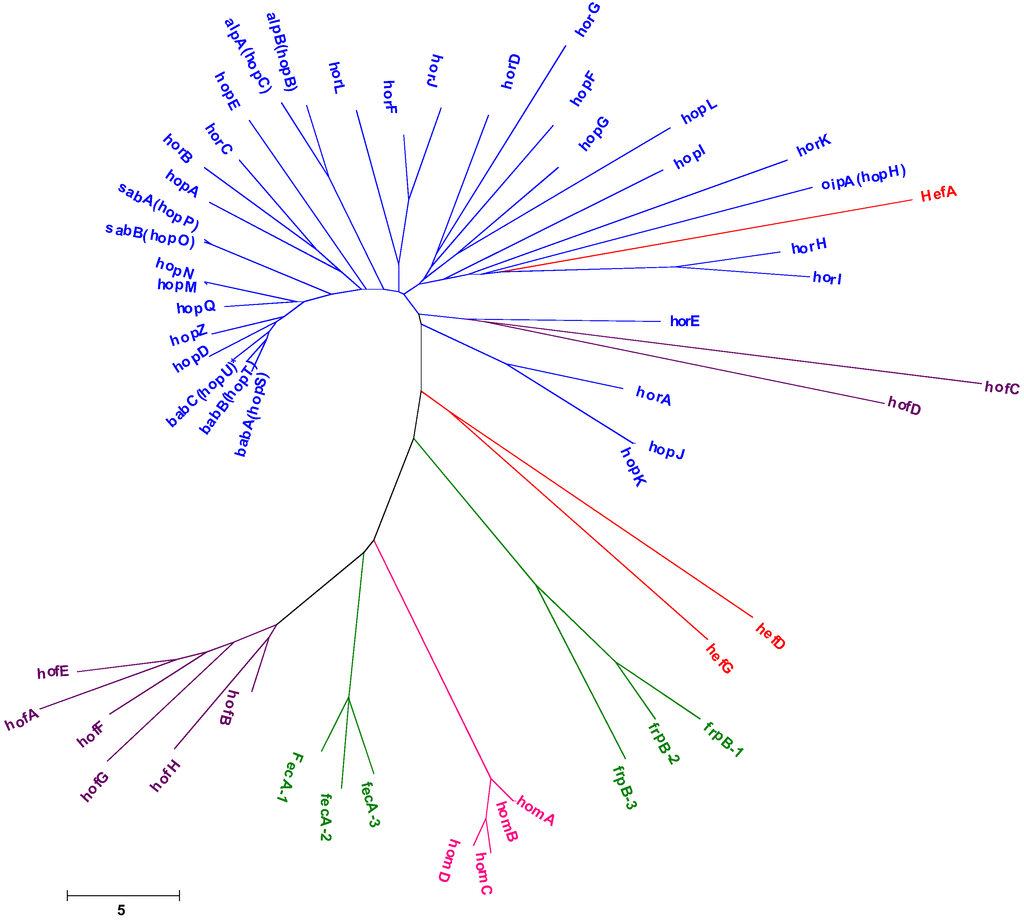