δ-Cells: The Neighborhood Watch in the Islet Community
Previous Article in Journal

Human Fatalities Caused by Hornet, Wasp and Bee Stings in Spain: Epidemiology at State and Sub-State Level from 1999 to 2018

Although not frequent, hornet, wasp, and bee stings may be life-threatening. Over the 20-year period studied, a total of 78 fatalities were recorded in Spain, the annual mortality rates ranging from 0.02 to 0.19 per million inhabitants. The fatal events mainly affected men over 65 years of age, and took place in summertime, at “unspecified places”. At regional level, the deaths tended to concentrate in three communities: Galicia, Andalucía, and Castilla y León. Surprisingly, Galicia showed high mortality rates in hornet stings. The implication of the invasive species Vespa velutina, also known as the Asian hornet, is examined. In light of the findings, there is evidence to consider the health-related importance and consequences of Vespa velutina.

Epidemiology of fatalities in Spain due to hornet, wasp, and bee stings (Cause Code of Death: X23) is described. Over a 20-year period (1999–2018), a total of 78 fatalities were recorded, mostly occurring in males (85.9%), of 65 years and older (52.6%), at “unspecified places” (67.9%), and in the months of July and August (50%). The X23 mortality rates (X23MR) expressed in terms of annual rates and per million inhabitants, varied from 0.02 to 0.19 (mean value ± standard deviation = 0.09 ± 0.05), placing Spain at low levels in comparison with other countries. A more detailed and specific breakdown of the distribution of the yearly deaths at the sub-state level and across communities reveals some striking features. They were more concentrated in the communities of Galicia (35.8%), Andalucía (21.7%), and Castilla y León (12.8%). X23MR were estimated in Galicia at 1.82, 1.10, and 2.22 in 2014, 2016, and 2018, respectively; and in Asturias at 1.88 and 0.97, in 2014 and 2017, respectively. The role of the invasive species Vespa velutina (VV) is examined. Due to its habits, abundance, and broader distribution, the risk that VV represents to human health is unmatched by other Hymenoptera native species.
Keywords: epidemiology; X23; fatalities; venomous animals; Spain; stings; hornets; wasps; bees; Vespa velutina epidemiology; X23; fatalities; venomous animals; Spain; stings; hornets; wasps; bees; Vespa velutina

The Spanish National Statistical Institute (INE) was queried about all fatalities in Spain resulting from contact with hornets, wasps, and bees (ICD-10 code X23). The INE is a legally independent administrative autonomous institution assigned to the Ministry of Economy, Industry, and Competivity via the Secretary of State for the Economy and Business Support. The INE is responsible for assembling causes of death as well as other epidemiologic data from death certificates in Spain.
The INE returned a microdata file, comprising individual data for all X23-related fatalities registered between 1999 and 2018, both included. Observations were filtered appropriately to elicit anonymous information so as to ensure confidentiality. For each observation, the following particular variables were obtained and grouped:

The X23 mortality rates (X23MR) were calculated by dividing the number of people who died from a X23 cause (ni) by the number of people residing in the sample area as reported on the census (Pj), as of 1 January of each year:
The X23MR are expressed in terms of annual rates (i.e., per year) and per 1,000,000 inhabitants. The X23MR were obtained both for the state at sub-state level, i.e., for the Spanish State as well as for each of the nineteen administrative territories. State and sub-state population rates were obtained from INE.

During the years 1999–2018, 78 deaths were officially registered in Spain with the external cause of injury code X23, i.e., deaths related to contact with hornets, wasps, and bees (Figure 1). It means an average number of 3.9 deaths per year during the 20-year period studied, reaching a high of nine deaths in 2018, and minimum values of one death in 2007 and 2008. Of the total number of victims, sixty seven were among men and eleven were among women. The fatalities accounted disproportionately for males with 85.9% of the total deaths.
The X23MR values for the 20-year period analyzed ranged from 0.02 to 0.19 (mean value ± standard deviation = 0.09 ± 0.05) (Figure 2).
In relation to place of occurrence, fatal stings occurred in a wide range of situations, including: 7.6% at home; 1.2% at school, other institutions and public administrative areas; 5.1% on streets and highways; 8.9% at farms; and 8.9% at other specified places. However, the 67.9% of the fatalities are recorded at “unspecified places”. The most common age group to be fatally injured by hornet, wasp, and bee stings was 65 years and older, with a total of forty-one people, representing 52.6% of the deaths (Table 1). Next, the 25–64-year-old age group with thirty-seven deaths, representing 47.4% of the total number of deaths. No deaths were recorded among the other two age categories, children (00–14 years) and youth (15–24 years).
Fatalities according to time of year rank, July as having the highest percentage of deaths caused by hornets, wasps, and bees, accounting for 32.0% of the total (Figure 3). Followed by August, October, and September, with a 17.9, 14.1, and 10.2% of the total deaths, respectively. No deaths occurred from 1999 to 2018 in Spain in the months of January and March.
A map containing the number of deaths at the sub-state level due to hornet, wasps, and bee stings based on the twenty-year period studied (1999–2018) is shown in Figure 4. There are no registered deaths due to hornet, wasp, and bee stings in the communities of Navarra, La Rioja, Cantabria, Canary Islands, City of Ceuta, and City of Melilla. Furthermore, Aragón, Cataluña, Madrid, Murcia, and País Vasco only registered one death over the period studied. The deaths were more highly concentrated in the communities of Galicia (35.8%), Andalucía (21.7%), and Castilla y León (12.8%), with twenty-eight, seventeen, and ten victims, respectively.
X23 mortality rates (X23MR) at the sub-state level varied across the territory (Table 2). High X23MR values were found for Asturias (1.88 in year 2014), and for Galicia (1.82 in 2014, 1.10 in 2016, and 2.22 in 2018)

The deaths resulting from contact with hornets, wasps, and bees (ICD-10 code X23) in Spain, both at the state and sub-state level (1999–2018), were examined. Over the 20-year period studied, a total of 78 fatalities were recorded and annual mortality rates varied from 0.02 to 0.19 per 1 million inhabitants, placing Spain at low levels compared to other countries. The majority of deaths occurred in males (85.9%), in the 65-or-over age group (52.6%), at “unspecified places” (67.9%), and in the months of July and August (50%). At the sub-state level, the X23 deaths were more highly concentrated in the communities of Galicia (35.8%), Andalucía (21.7%), and Castilla y Leon (12.8%), with 28, 17, and 10 victims, respectively. A more detailed and specific breakdown of the distribution of the deaths due to stinging insects by year and across communities reveals some striking findings. Galicia showed high X23MR values with 1.82 (in 2014), 1.10 (in 2016), and 2.22 (in 2018) per million inhabitants. X23MR were estimated in Asturias at 1.88 and 0.97 deaths per million people in 2014 and 2017, respectively. To the best of my knowledge, these are values never found before in the available literature. One limitation of the present work is that cases involving hornets, wasps, or bees could not be separately identified, with data provided by death certificates. In this context, the different news that appeared in the media should not be ignored, since they allow to raise awareness of insect-related incidents with precise details about the fatality. Between 2014 to 2018, I recopilated eight fatalities happened in Galicia which appeared in mass media and where wasps/hornets were always involved, showing enough evidence in most cases to signal the Asian hornet as the insect causing the death. So far this year (2020), three deaths in Galicia and one in Asturias have been reported by mass media. Given the scope of the effects of the Asian hornet, it has a definitely much wider impact than just for honeybees and their keepers. Due to its habits, abundance, and broader distribution, the risk that Vespa velutina poses to human health is unmatched by other native species. Although administration have minimized the consequences of stings on human health at the beginning of the invasion, the presence of the invasive species Vespa velutina, which has settled and spread widely in the north of Spain, deserves special attention and management by the authorities. The research conducted here is useful to health administrators and policy planners in prioritizing areas with high mortality due to Hymenoptera insects. In light of these findings, there is evidence to consider the Vespa velutina with high medical importance and consequences, and to abandon the notion that the invasive species poses no greater risk to human health than a bee. Insect-venom anaphylaxis remains a major challenge for clinicians. More research is needed to identify the source of this variation and its relationship to different possible explanations.

Conceptualization, methodology, formal analysis, data curation, writing—review and editing, X.F. All authors have read and agreed to the published version of the manuscript.

The present research project is currently crowdfunding through the following link: https://gf.me/u/zcf6yz.

The study was conducted according to the guidelines of the Declaration of Helsinki, and approved by the Institutional Review Board of Spanish National Statistical Institute (protocol code PB090/2020 date of approval 4th of june of 2020).

The data presented in this study is available on request from the Spanish National Statistical Institute.

I would like to thank Ana B. Trillo for his invaluable linguistic support. I thank Dave Jonez and Roberto Ritrovato for critically reading the manuscript. Thank you to Dani Slizt for inserting energy and encouragement into this research. Thank you to the donors of the crowdfunding campaign. I wish to express my heartfelt gratitude for your help in financing the present research.This paper is dedicated to Manuel Feás on the ocassion of his 80th birthday.

The author declare no conflict of interest. The degree of accuracy or reliability of the quantitative or qualitative information derived by own elaboration on the part of the author, is of the exclusive responsibility of this. 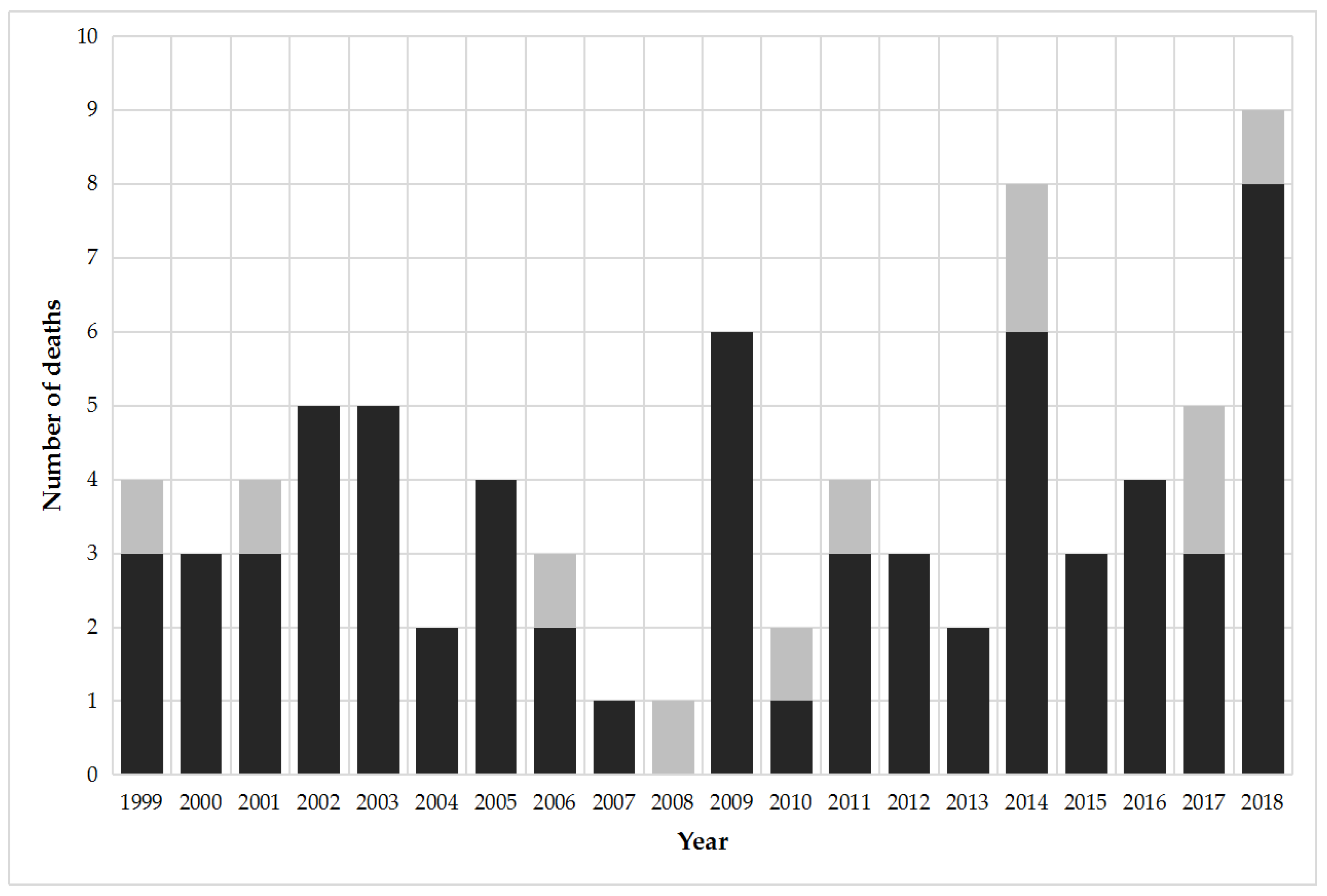 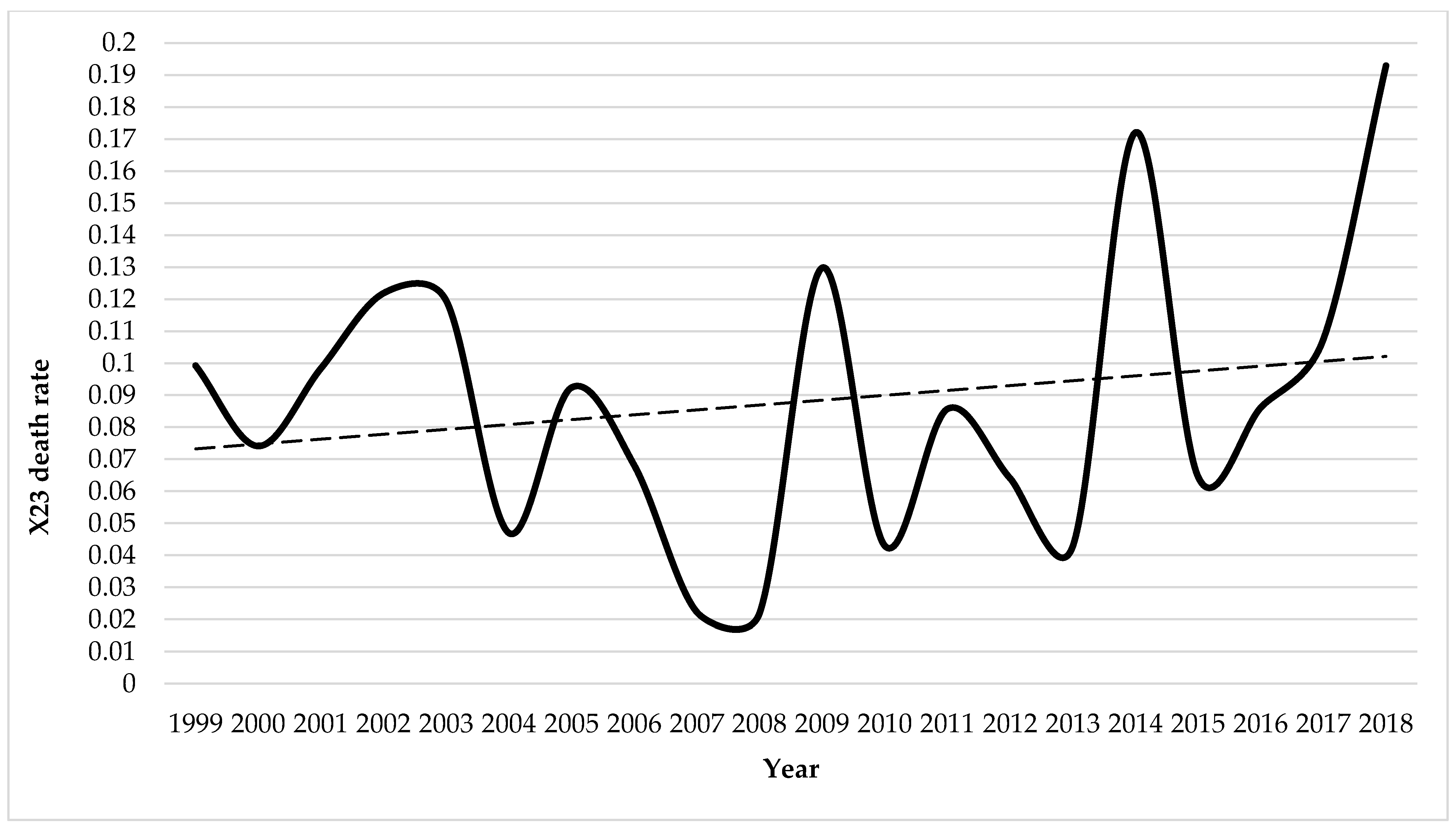 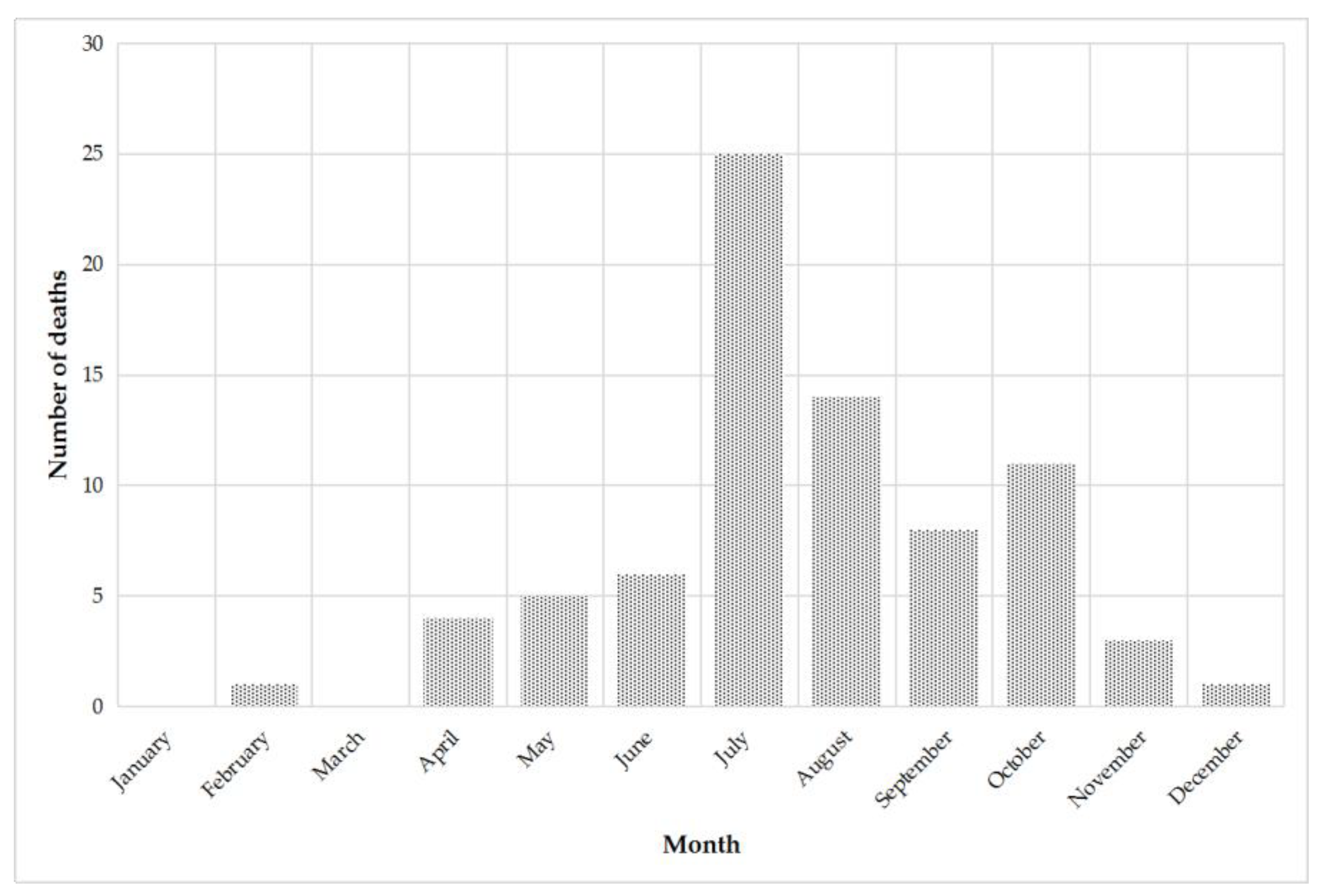 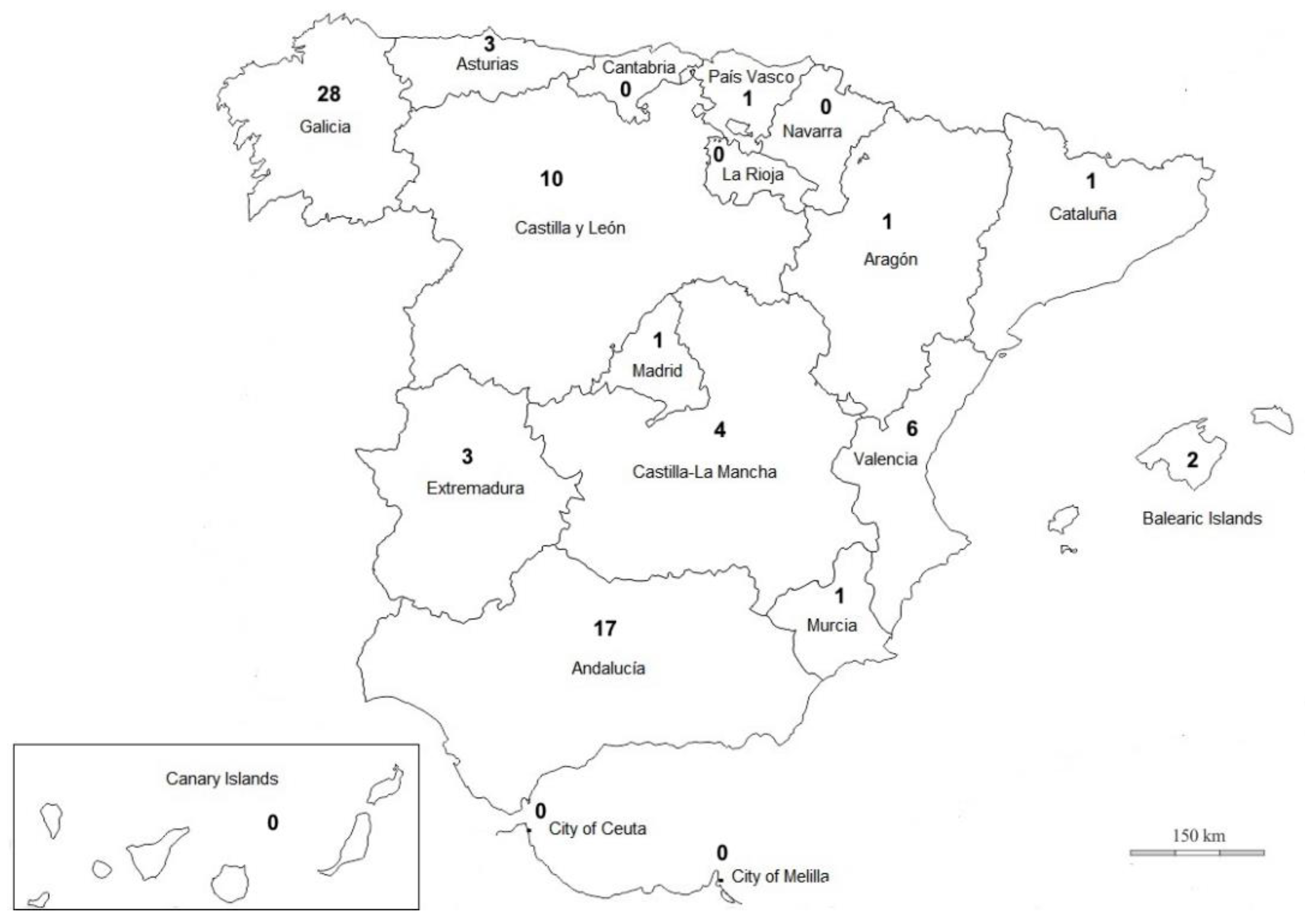