Human Drug Pollution in the Aquatic System: The Biochemical Responses of Danio rerio Adults
Next Article in Special Issue

In this study, the induced pluripotent stem cell-derived cardiomyocyte model from a patient with long QT syndrome harboring a heterozygous Nav1.5 R1623Q mutation exhibited prolonged field potential duration corrected by Fridericia’s formula (FPDcF, analogous to QTcF). FPDcF was shortened with mexiletine treatment and increased the frequency of arrhythmia-like EAD events following E4031, an Ikr blocker, administration. These characteristics partly reflect the patient phenotypes. As the R1623Q mutation is related to severe congenital LQT syndrome in fetuses and neonates, the effect of the neonatal variants on the electrophysiological properties of the R1623Q mutant was examined using an automated patch-clamp system. Our results demonstrated that both R1623Q and neonatal R1623Q delayed inactivation of INa and increased late Na current. We speculated that neonatal Nav1.5 ameliorates QTc prolongation. Developmental switching of neonatal/adult Nav1.5 isoforms might play a role in the mechanisms underlying severe long QT syndrome in fetuses and neonates. 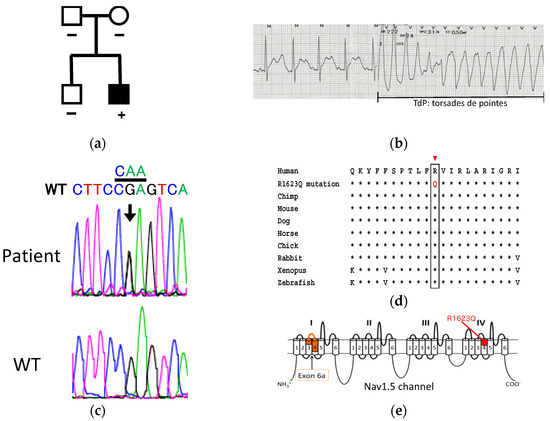