A hybrid verification method consisting of experiments and molecular dynamics simulations was implemented to investigate the diffusion behaviour of steel/ZCuPb20Sn5 bimetals. The effects of different carbon steels (Q235 steel, 45 steel, and T8 steel), pouring temperatures, and holding times on their microstructures and mechanical properties were studied to obtain the optimum process parameters. The experimental results indicated that the pouring temperature and holding time played an imperative role in improving the shear strength of the steel/copper bimetallic composite. The highest bonding strength of all the steel/copper bimetallic composites was obtained at 1523 K and the holding time of 40 min. Moreover, the carbon steel of 45 steel with a ZCuPb20Sn5 interface exhibited the highest bonding strength because of the appropriate pearlite content along with the preferable structure and micro-hardness for the considered diffusion width and bonding strength. Meanwhile, the diffusion distance of copper atoms in the carbon steel matrix was smaller than that of iron atoms in the ZCuPb20Sn5 matrix. In the simulation results, the diffusion coefficient of Cu atoms was smaller than that of Fe atoms, but the diffusion distance of Fe atoms in the Cu bulk was larger than that of Cu atoms in the Fe bulk; this showed a significant agreement with the experimental result. View Full-Text
Keywords: steel/copper bimetal; optimum process parameters; molecular dynamics simulation; microstructure; mechanical properties steel/copper bimetal; optimum process parameters; molecular dynamics simulation; microstructure; mechanical properties
►▼ Show Figures 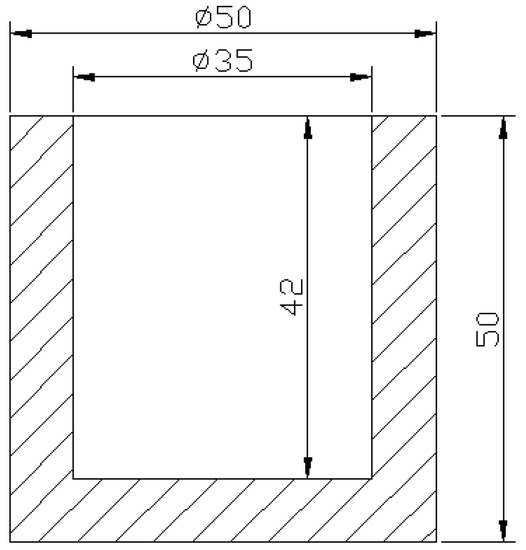