A Facile Method for Preparing a Superhydrophobic Block with Rapid Reparability

A total of 0.65 g of stearic acid and 200 g of ethanol were added to a beaker, and a 3 wt.% stearic acid–ethanol solution was formed after stirring. Then, 30 g of zinc oxide powder was added to the stearic acid–ethanol solution, which was filtered with a nylon mesh after stirring with magnetic stirring for 5 h. The thick emulsion obtained after filtration was placed in an oven and dried at 75 °C until the emulsion became a block. The block was then crushed in a mortar and pressed to a cylindrical shape placed in a self-made mold (diameter 20 mm) to form a block. After the block was demolded, the surface layer of the block was removed with sandpaper to form a superhydrophobic surface.

The formation of a superhydrophobic surface is the result of the combined effect of chemical composition and surface structure. Therefore, the general method of preparing a superhydrophobic surface is to prepare a rough structure on the substrate and then modify it with a substance with low surface energy. In this work, we first modified ZnO to change it from hydrophilic to hydrophobic, and then combined the ZnO particles to form a rough structure through the pressing of the mold. The surface morphology of the prepared samples was studied by scanning electron microscopy (SEM) images with different magnifications. As shown in Figure 4a,b, the surface of the sample was rough, hence many voids formed on the surface of the sample. The voids can trap more air, which is beneficial to the improvement of hydrophobicity. The structure of the sample surface is further studied by observing images with higher magnification. As shown in Figure 4c,d, the surface of the sample was composed of structures on different scales. The first structures were zinc oxide particles, which had a large size and a length of about 1.5 μm, and their shapes were mainly irregular. The second structures were the ZnO nanorods growing on the surface of the ZnO particles. These nanorods were bar-shaped with a hexagonal crystal plane and the length was about 300 nm. These nanorods covered the surface of ZnO particles in large quantities and formed micro/nano structures together with ZnO particles, which is beneficial to the improvement of the hydrophobicity of the surface.

For phase analysis of the superhydrophobic surface, the sample was tested using an x-ray diffractometer. Figure 5 is the XRD pattern of the superhydrophobic surface, and the scanning range of the test was in the range of 2θ = 10°–80°. Sharp diffraction peaks appeared at 2θ angles of 31.8°, 34.4°, 36.3°, 47.5°, 56.6°, 62.8°, 66.3°, 67.9°, 69.1°, 72.6°, and 76.9°, corresponding to (100), (002), (101), (102), (110), (103), (200), (112), (201), (004), and (202) crystal planes, respectively. The diffraction peaks obtained from the test were consistent with the results of the ZnO x-ray diffraction standard card (PDF#36-1451). The strong diffraction peaks at 31.8°, 34.4°, and 36.3° indicate that the ZnO powder used in this study had a hexagonal crystal phase. The average particle size of ZnO was calculated by the Scherrer equation. To remove the influence of instrument broadening, the intrinsic width curve of the instrument was obtained by scanning LaB6 powder. Scherrer constant K = 1. The average particle size of ZnO used in this study was 156 nm. The reaction mechanism of zinc oxide modified by stearic acid is shown in Figure 6. The hydroxyl (–OH) on the surface of ZnO reacts with the carboxyl (–COOH) of stearic acid, and the hydrophilic –OH on the surface of ZnO is replaced by the non-polar hydrophobic alkane in the stearic acid, making ZnO change from hydrophilic to hydrophobic. Figure 7 is the FTIR spectrum of stearic acid powder and superhydrophobic surface. The chemical composition of the superhydrophobic surface can be studied by the FTIR spectrum. As shown in Figure 7, the strong and broad absorption peak of the sample at 434 cm−1 can be attributed to the vibration of the Zn–O framework. The absorption peak of the sample at 3418 cm−1 can be attributed to the stretching vibration of –OH. The absorption peak of stearic acid at 1700 cm−1 was assigned to the stretching vibration of –COOH. After the reaction between stearic acid and ZnO, stearic acid exists in the form of carboxylate (COO–) on the surface of ZnO, so the sample had a COO– absorption peak at 1541 cm−1. In addition, the absorption peaks of the samples and stearic acid powder at wavelengths of 2847 and 2917 cm−1 were attributed to the antisymmetric and symmetric stretching vibrations of the methylene group (–CH2) and methyl group (–CH3) [36]. 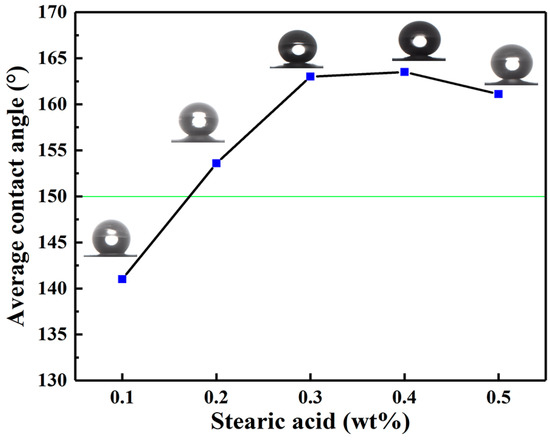 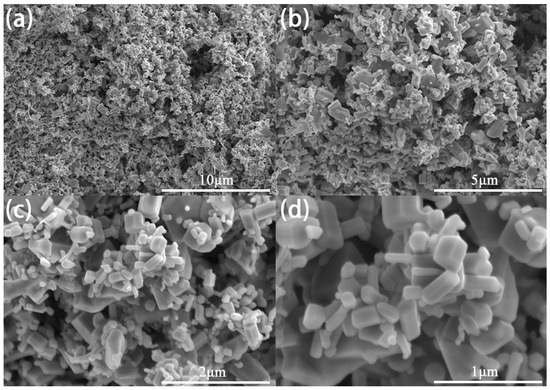 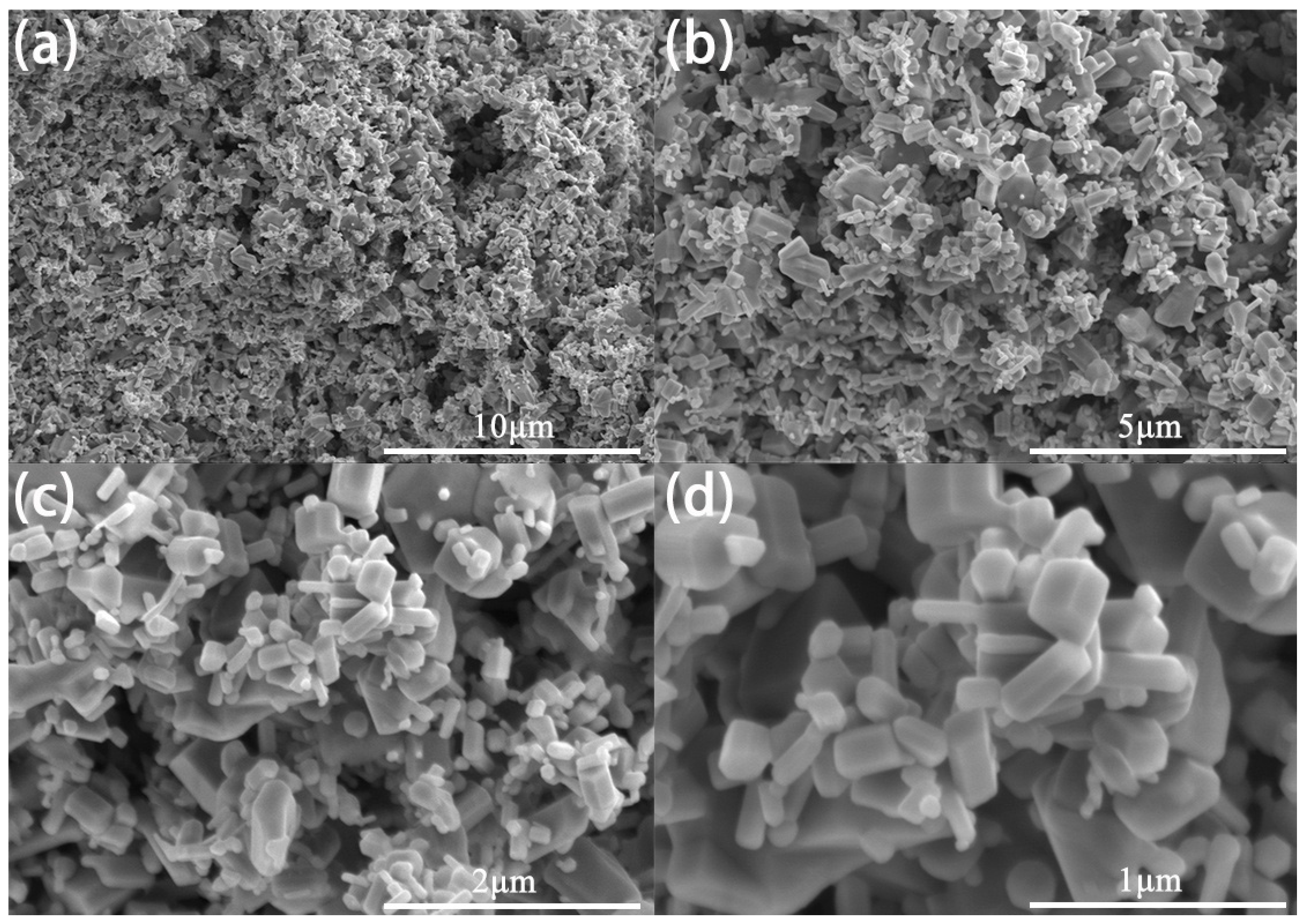 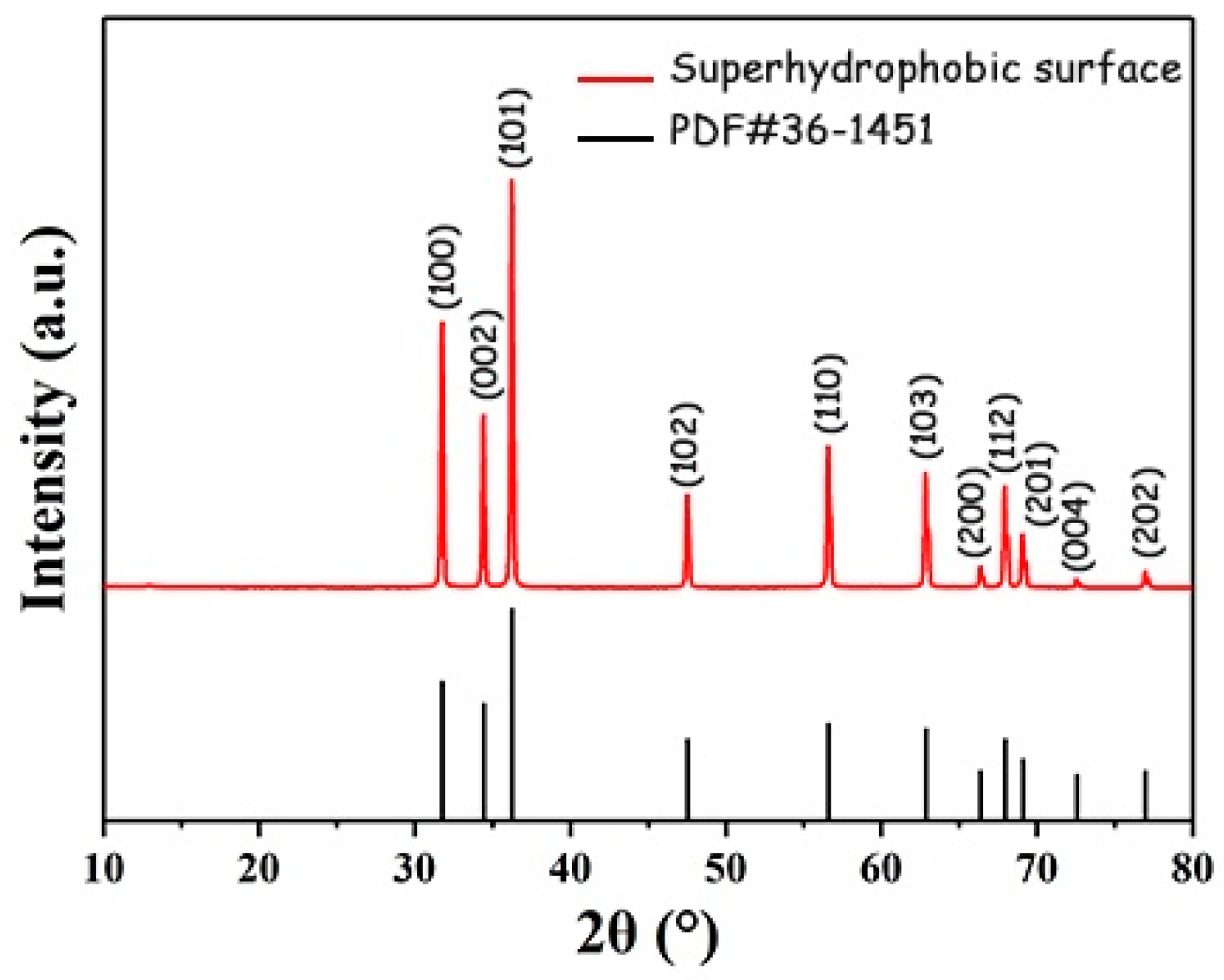 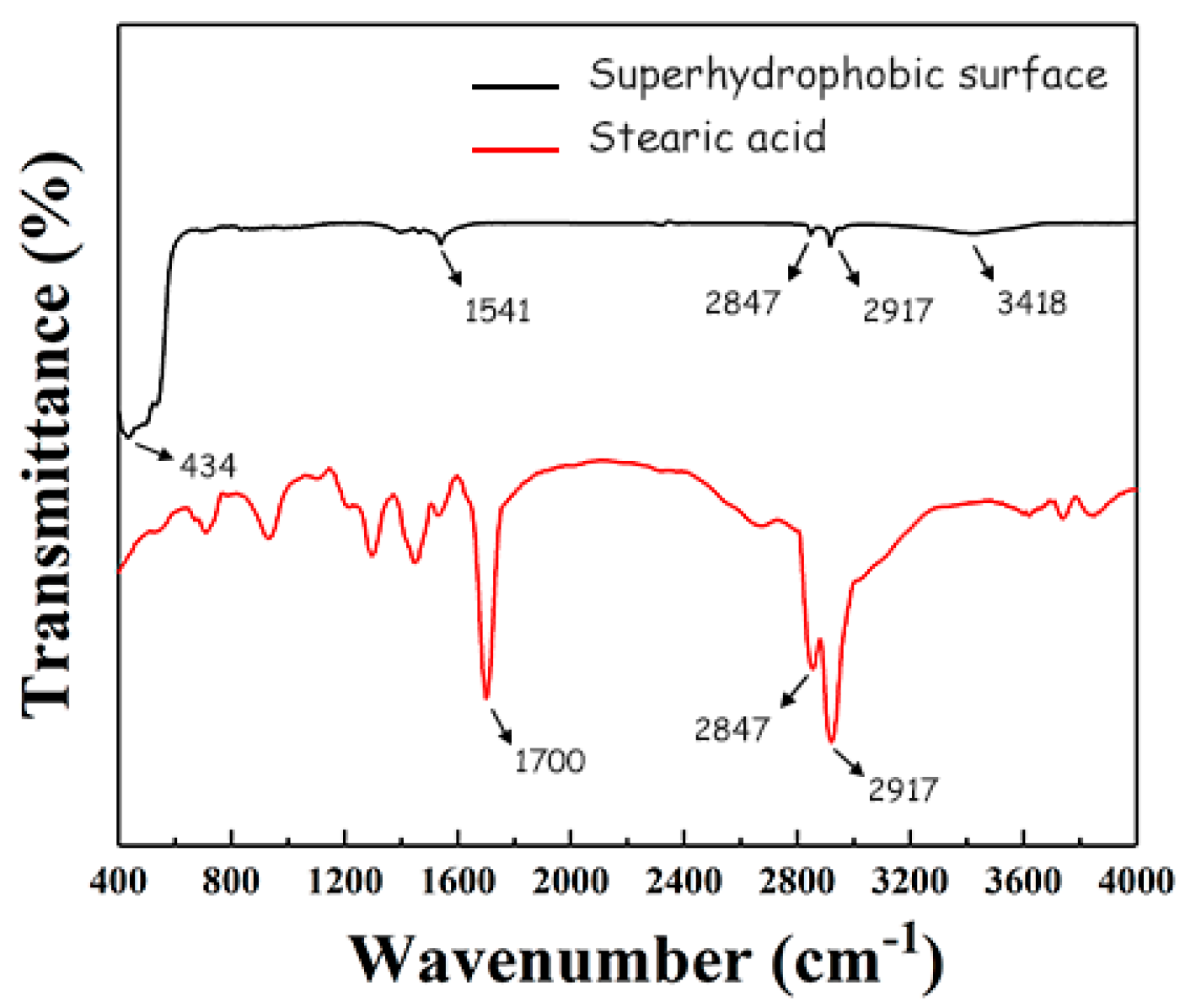 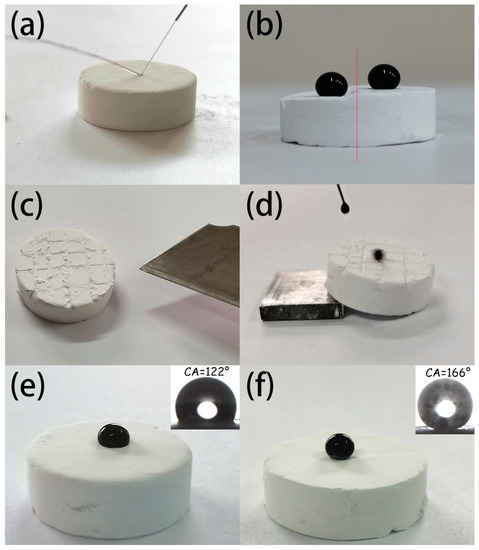