Mycobacterioses Induced by Mycobacterium abscessus: Case Studies Indicating the Importance of Molecular Analysis for the Identification of Antibiotic Resistance

:
Infections caused by Mycobacterium setense or Clostridium celerecrescens are extremely rare. In this report, for the first time a dual infection with these two pathogens is described. An 18-year-old female suffered multiple injuries, including an open comminuted fracture of the right humeral diaphysis after falling from a fifth-floor balcony in January 2019. Five months after the accident, a fistula appeared in the scar, reaching the bone tissue. M. setense and C. celerecrescens were cultured from sinus swabs and subsequently from perioperative samples. The patient was initially treated with a combination of intravenous antibiotics (ATBs): imipenem, amikacin, and ciprofloxacin. One month after the fracture fixation with a titanium nail, C. celerecrescens was again detected; therefore, metronidazole was added to the therapy. A triple combination of oral (PO) ATBs (trimethoprim–sulfamethoxazole, moxifloxacin, and metronidazole) followed, 8 weeks after the initial intravenous therapy. C. celerecrescens was cultured again two times, most recently in November 2019, when surgical debridement was supplemented by the topical administration of cancellous bone impregnated with vancomycin. Signs of bone healing were found at follow-ups and ATB treatment was finished in March 2020 after a total of 9 months of therapy. To this day, there have been no signs of reinfection. This case thus illustrates the need for a combination of systemic and individualized local therapy in the treatment of complicated cases of dual infections with rare pathogens.
Keywords:
nontuberculous mycobacteria; rapidly growing mycobacteria; post-traumatic osteomyelitis; fracture-related infection

In this report, a case of an 18-year-old female who suffered multiple injuries in January 2019 after falling from a fifth-floor balcony is described. The injuries included liver and spleen laceration; pulmonary contusion; comminuted fractures of the maxillary sinus, orbit, and pubic bone; open comminuted fracture of the femoral diaphysis; and an open comminuted fracture of the right humeral diaphysis. The initial treatment consisted of liver suture, splenectomy, and the external fixation of open humerus and femur fractures. After a week, definitive osteosynthesis of femur and humerus was performed (using a metaphyseal plate) and, in March 2019, the patient was discharged from the hospital.
In June 2019, a small fistulous defect with secretion appeared in the scar on the right arm, accompanied by a painful edema. Ultrasound examination of the proximal part of the right arm showed a fluid-thickened collection reaching the bone (Figure 1). The patient was afebrile with CRP of 42 mg/L (normal range 0–5 mg/L). A sinus swab was performed and transported to the Department of Clinical Microbiology (University Hospital Hradec Kralove, Hradec Kralove, Czech Republic) for culture. After 4 days of culture under aerobic conditions at 37 °C on blood agar, small rough colonies were observed. Gram and Ziehl–Neelsen staining revealed the formation of irregular gram-positive and acid-fast rods, respectively. The isolate was identified as Mycobacterium setense (M. setense) using the MALDI-TOF MS (Bruker Daltonics GmbH, Bremen, Germany). After 2 days of an anaerobic culture at 37 °C, large colony-forming units (CFU) grew on Schaedler agar, which were identified as Clostridium celerecrescens (C. celerescens) by MALDI-TOF MS. Because of the rarity of these two pathogens acting as an infectious agent, both microbes were subsequently confirmed by molecular genetic methods.
Antibiotic (ATB) susceptibility examination was performed by the E-test and broth microdilution methods (Table 1).
During the surgical revision, no signs of healing were found. Moreover, the site of fracture was filled with a necrotic mass and pus, which were visible under the entire osteosynthetic plate. Debridement of the wound was performed, the necrotic mass was removed, and the affected area was filled with gentamicin polymethylmethacrylate beads (Septopal, Biomet-Merck, Bridgend, UK). The fracture was then stabilized by an external fixation (Figure 2).
Two samples of the visibly infected tissue and the removed osteosynthetic plate were sent for cultivation, during which both bacterial species, i.e., M. setense and C. celerecrescens, were again confirmed in all collected samples. After the surgery, a combination of intravenous (IV) ATB (selected to be effective against both species) was used: imipenem 1 g per 6 h, amikacin 1 g once a day, and ciprofloxacin 400 mg every 12 h. After a month (18 July 2019), surgical revision was needed. The bone was not healed due to infection and another debridement was performed. Further stabilization was needed, so the external fixation was removed and a titanium plate for internal fixation was applied. Metronidazole 500 mg IV every 8 h was added to the antibiotic therapy regimen. The ATB treatment was continued for another 4 weeks.
After a total of 8 weeks of IV therapy, the patient was discharged and a triple combination of PO ATBs (trimethoprim–sulfamethoxazole 1440 mg every 12 h, moxifloxacin 400 mg once a day, and metronidazole 500 mg every 8 h) was initiated. On 17 September 2019, after an elective removal of the cement beads (Septopal), C. celerecrescens was cultured again from a tissue sample. On 1 November 2019, the debridement of necrotic mass and the subsequent filling of the defect with cancellous bone were performed. The bone tissue used was presurgically impregnated in a vancomycin solution for 30 min. After the revision surgery, C. celerecrescens was cultured again. A triple combination of PO ATBs continued afterward and during the regular follow-up, and signs of bone healing were found. The treatment was finished in March 2020 and, until today, no signs of reinfection were detected (Figure 3).

M. setense and C. celerecrescens are rare pathogens capable of causing early and deep infections, mostly of post-traumatic origin, due to wound contamination by different environmental matrices. In the presented case, polymicrobial FRI infection was managed using a comprehensive approach that involved repeatedly performed surgical debridement and a systemic and local administration of ATB based on the establishment of the MIC of causative pathogens. This approach led to the successful management of the infection and subsequent healing.

This research was funded by the Czech Health Research Council, project No. NU20-09-00114—Nontuberculous Mycobacteria in the Czech Republic: Present Risks and Their Consequences for Human Health.

Ethical review and approval were waived for this study due to the retrospective nature of this study and due to the fact, that patient`s data were anonymized and no personal identification data were included.

Data are available on request due to the ethical restrictions. 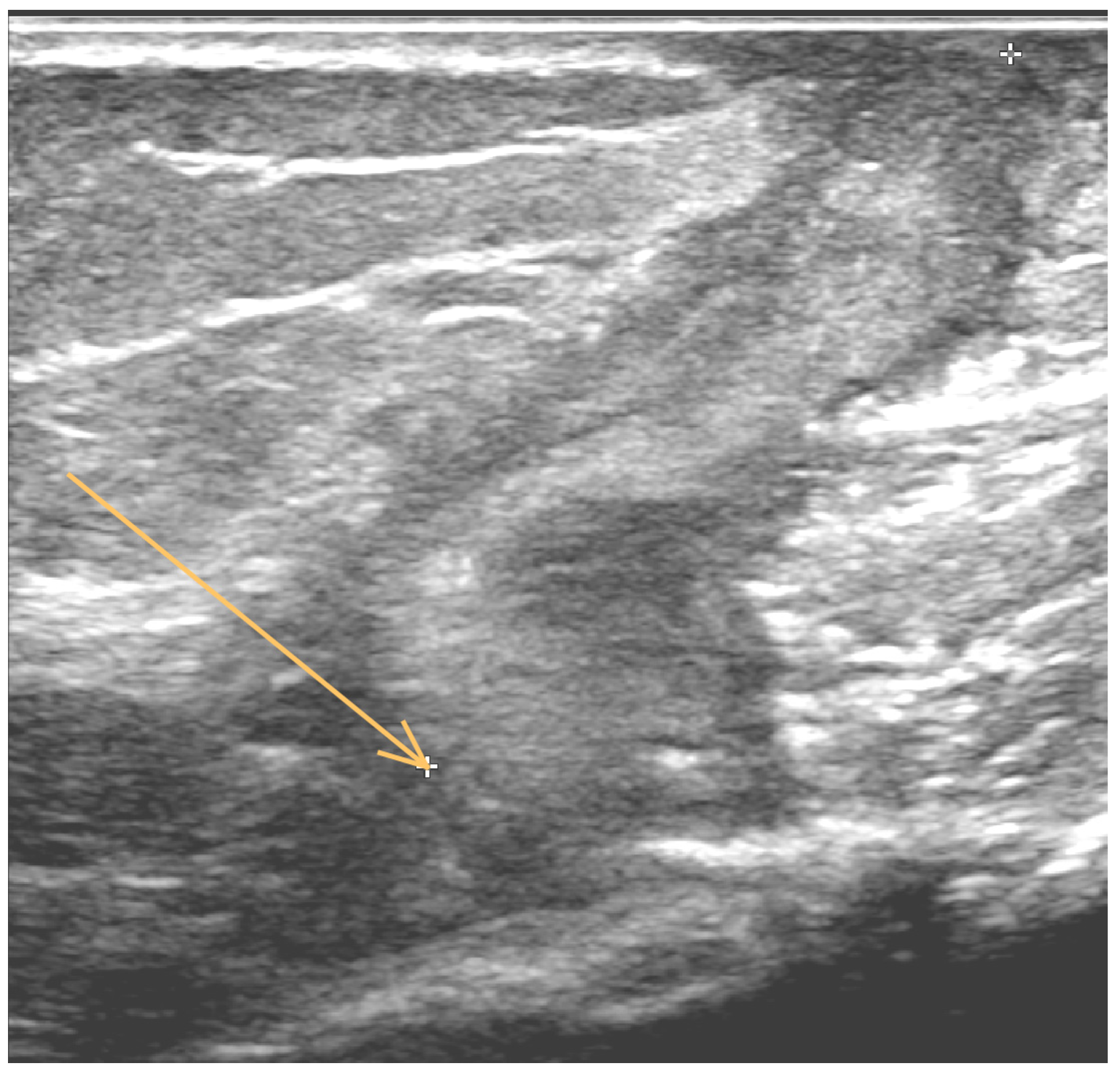