A new approach for droplet coalescence in microfluidic channels based on selective surface energy alteration is demonstrated. The proposed method involves patterning the surface of cyclic olefin copolymer (COC), a hydrophobic substrate attached to a polydimethylsiloxane hydrophobic microchannel, with graphene oxide (GO) using standard microfabrication techniques. Surface wettability and adhesion analyses confirmed the enhancement of the COC surface energy upon GO patterning and the stability of the GO film on COC. Three representative cases are illustrated to demonstrate the effectiveness of the method on the coalescence of droplets for different droplet flow regimes, as well as the effect of changing the size of the patterned surface area on the fusion process. The method achieves droplet coalescence without the need for precise synchronization.
Keywords: graphene oxide; wettability patterning; coalescence; microfluidics; patterned surface energy; microfabrication graphene oxide; wettability patterning; coalescence; microfluidics; patterned surface energy; microfabrication

Coalescence of droplets in microfluidic systems offers many advantages such as high mixing rates, continuous separation of multiphase systems, and creating reaction-controlled nanoliter-sized individual reactors [1,2,3]. The mechanism of coalescing droplets in a multiphase system where droplets of one phase are dispersed in another continuous phase can be divided into three subprocesses [4]. The first subprocess is the collision of two droplets trapping a thin film of the continuous phase between them, the second is the drainage of the thin film due to the van der Waals force of attraction between the droplets, and the third is overcoming the surface tension of the individual droplets by attraction forces leading to their fusion [5].
Droplets coalescence techniques in microfluidic channels can be classified into active and passive techniques. Active techniques utilize an external field to generate energy that destabilizes the interfaces of adjacent droplets leading to droplet fusion [2,3]. Such techniques include electrocoalescence [6,7], dielectrophoresis (DEP) [8,9], magnetophoretically actuated droplet coalescence [10], and temperature and pneumatically actuated droplet coalescence [11,12,13]. While active techniques result in highly controlled droplet dynamics, they are inherently complex techniques requiring complicated methods for the fabrication of microfluidic channels with integrated elements to be activated by the external sources [14]. Moreover, the presence of external fields limits the use of the active techniques to specific compatible systems. Passive droplets coalescence techniques involve manipulating the dynamics of the different fluids in the system. They generally result in hindering or slowing down the motion of the droplets by a fluid resistant element for the subsequent droplets to approach and collide with them [2]. The fluid resistant element can be created by the channels’ geometrical orientations and introducing microstructures or by surface treatment.
Recent studies of geometrically induced coalescence included inducing droplet coalescence in the merging zone of Y- and T-junction channels [15,16], and by introducing microgrooves [16], micropillars [17], micro-lancet [14], and by microexpansion techniques [18], and microfluidic traps [19]. These techniques are restricted to the design of the channels and require accurate droplet synchronization [3]. Surface induced droplet coalescence methods involve altering the surface energy of the channel by changing its wettability to create a flow resistance as a result of the difference between the drag viscous flow and the surface energy [2]. While there is on-going research on fabricating channels from two materials with different surface energies, there is a single study on the selective patterning of surface energy where the droplet coalescence is passively induced by patterning the surface of a hydrophobic channel with hydrophilic poly (acrylic acid) that is grafted via UV photopolymerization [3].
In the present paper we report a new approach for droplet coalescence based on selective alteration of the surface wettability of the microfluidic channel using graphene oxide (GO). This approach involves the fabrication of a polydimethylsiloxane (PDMS) microchannel on a hydrophobic planar cyclic olefin copolymer (COC) substrate patterned with hydrophilic graphene oxide (GO) using standard microfabrication techniques.

The patterning of COC substrates (SIRRIS.be, Brussel, Belgium) with GO (Sigma Aldrich, St. Louis, MI, USA) was achieved using plasma-enhanced lift-off method [20,21]. Briefly, the desired GO pattern was first designed in CAD software. Then the COC substrate was coated with a photoresist (Microposit S 1813) using a spin coater (WS650Hzb-23NPP UD-3 from Laurell Technologies Corporation, North Wales, PA, USA). After post baking the substrate for 2 min at 70 °C, the GO design was patterned using a UV photolithography system (Dilase 650 from KLOE) and developed. Next, it was treated with oxygen plasma and coated with GO using a spin coater. Finally, lift-off process was performed in acetone (Fisher Scientifics). The microfluidic device was completed by molding the PDMS (Sylgard 184, Dow Corning) channel, treating it and the GO-coated COC substrate with oxygen plasma, aligning them, and bringing both surfaces together to bond them. Figure 1a is a schematic for the patterned microfluidic device with a flow focusing droplet generation scheme. The device was tested for the coalescence of water droplets colored with a food dye dispersed in silicone oil (10 cP, Sigma Aldrich). For testing, syringe pumps (neMESYS, Cetoni GmbH, Germany) are used to pump the liquids into the channel, and a high-speed camera (Fastcam SA-X2, Photron, Tokya, Japan) and an optical inverted microscope (Zeiss Axio, Carl Zeiss, Oberkochen, Germany) are used for imaging.

In this paper we present a new approach for droplet coalescence in microchannels by patterning the surface energy of a hydrophobic substrate with GO using standard microfabrication techniques. This approach is based on selective patterning of the surface energy of a hydrophobic surface for trapping dispersed droplets prior to their fusion. The GO patterned films on the COC were found to be stable at high thermal stresses without evidence of peeling off or deformation. Three representative cases were illustrated to demonstrate the effectiveness of the method on the fusion of droplets exhibiting different flow regimes and having different initial diameters, as well as the effect of changing the size of the patterned surface area on the fusion process. The results showed that the coalescence process depends on initial wetting of the GO with a thin film of water molecules prior to the trapping step. In addition, simultaneous coalescence and transport of the droplets inside the channel was achievable by manipulating the viscous drag forces in relation to the surface adhesion induced by the GO pattern. We believe this method will be useful for various micro-scale processes such as liquid–liquid phase separation, micro-extraction, and reaction networks.

This research was funded by Khalifa University of Science and Technology grant number [CIRA-2019-14]. The APC was funded by the same grant.

This publication is based upon work supported by the Khalifa University of Science and Technology under Awards No. [CIRA-2019-14] and [FSU-2018-17]. 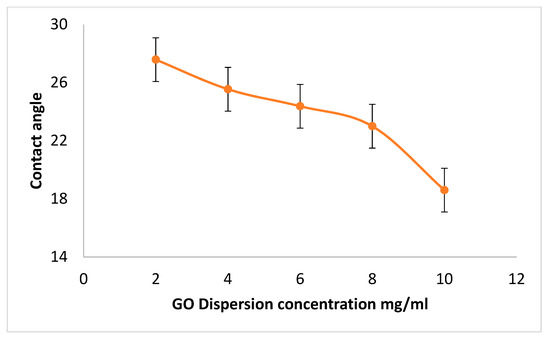 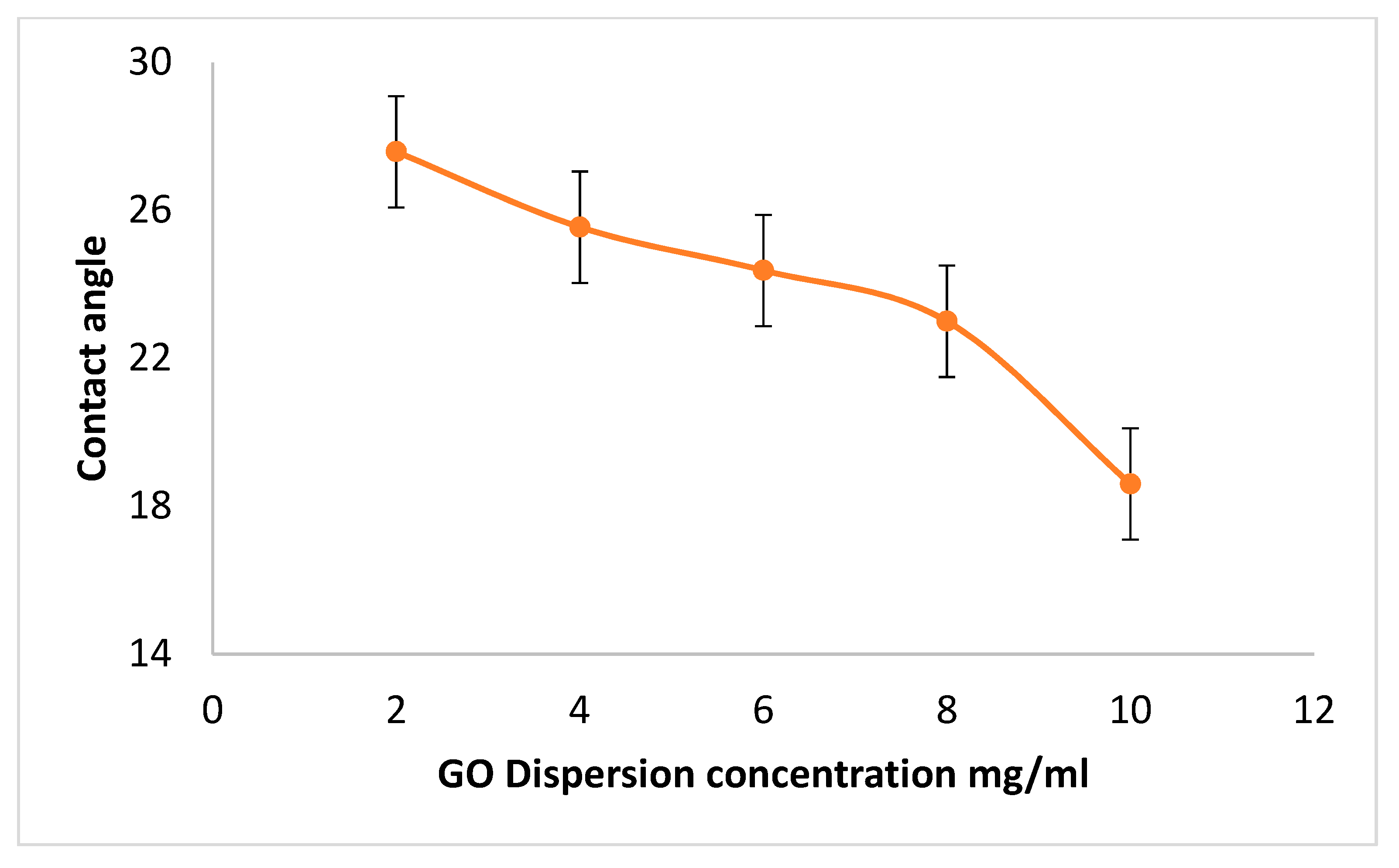 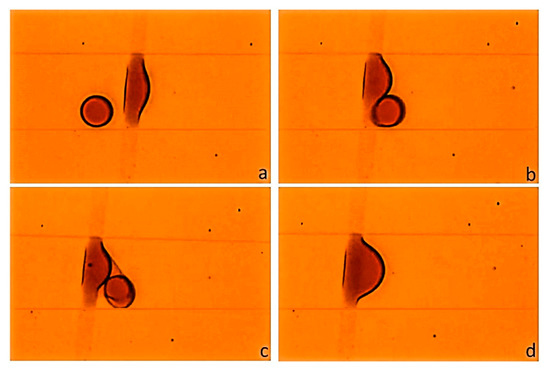 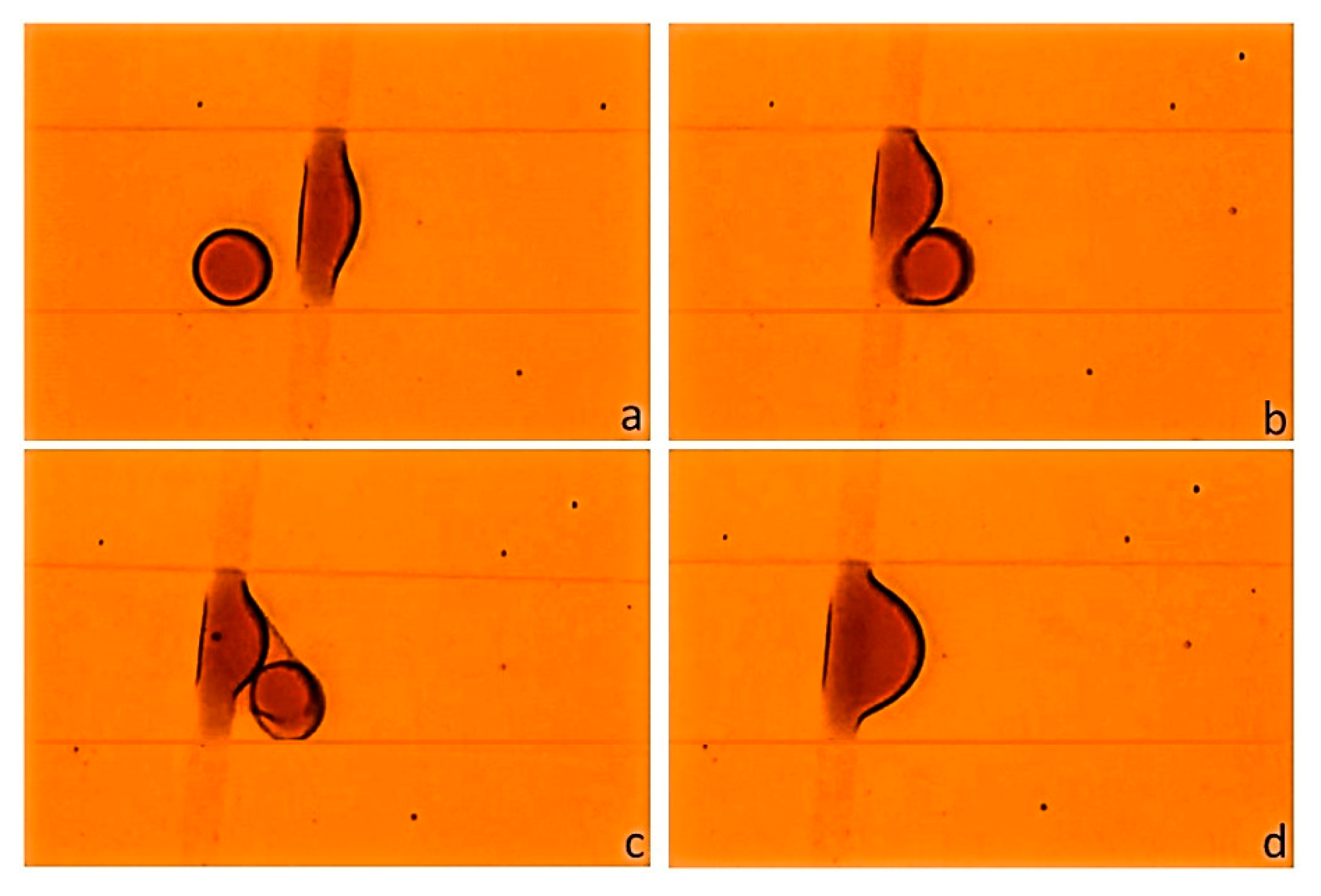