As(III) is a toxic heavy metal which causes serious health problems. Therefore, the development of highly sensitive sensors for As(III) detection is of great significance. Herein, a turn-on luminescence resonance energy transfer (LRET) method based on luminous nanorods was designed for As(III) detection. Biotin-labelled As(III) aptamers were tagged to avidin functionalized luminous nanorods as energy donors, while graphene oxide (GO) acted as the energy acceptor. The adsorption of single-stranded DNA on graphene oxide resulted in the efficient quenching of the luminescence of the nanorods through the LRET process. In the presence of As(III), aptamers bonded to As(III) preferentially and resulted in the formation of aptamer-As(III) complexes. The aptamer-As(III) complexes were rubbed off from the GO surface due to their conformational change, which led to the recovery of the luminescence of the nanorods. A good linear relationship between the luminescence intensity and concentration of As(III) was obtained in the range from 1 to 50 ng·mL−1, with a detection limit of 0.5 ng·mL−1. Furthermore, the developed sensors showed good specificity towards As(III) and proved capable of detecting As(III) in the environment and food samples. The proposed time-resolved sensors provide a promising sensing strategy for the rapid and sensitive detection of As(III). View Full-Text
Keywords: As(III); time-resolved luminescence; aptamer; nanorods As(III); time-resolved luminescence; aptamer; nanorods
►▼ Show Figures 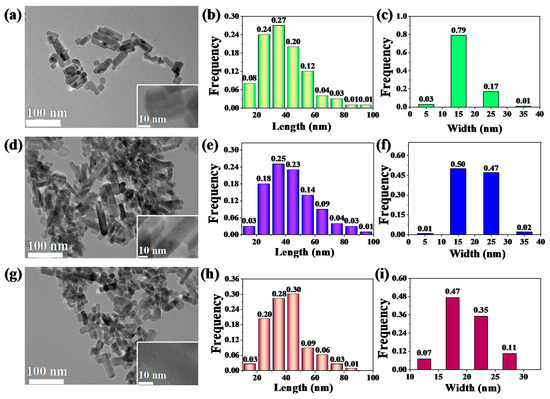