Communication
Polyol Process Coupled to Cold Plasma as a New and Efficient Nanohydride Processing Method: Nano-Ni2H as a Case Study
by

The search for energy alternatives to reduce human dependency on fossil fuels has been a very pressing topic for the last few decades. Rapidly, hydrogen emerged as a carbon-free fuel with the highest known energy content, while emitting in its combustion, in a fuel cell or combustion chamber, only water as by-product [1]. This is particularly true when hydrogen gas is produced from water using renewable electricity (electrolysis) or solar energy (photoelectrolysis) and it is efficiently stored and transported. This closed cycle is expected to form the basis of a future CO2-free energy system, but only water-splitting hydrogen production is going to become an industrial reality [2,3]. Hydrogen storage is still technologically challenging. Indeed, hydrogen storage requires not only a high storage capacity but also good operability. Unfortunately, most high-density hydrogen storage media operate under particular conditions. For example, binding hydrogen to gases or liquids, converting it to other chemicals, like ammonia, methanol or formic acid, suffers from technical and economical limitations. For formic acid, a fueling infrastructure that can withstand the corrosive nature of this molecule is necessary [4,5,6]. For methanol, an additional chemical treatment is required to obtain a completely CO-free hydrogen [7]. Hydrogen physisorption on carbon materials [8,9,10,11] or on metal–organic frameworks [12,13,14], in which hydrogen molecules are held by means of weak van der Waals interactions with the substrates, requires an adsorption of hydrogen at relatively low temperatures, typically the temperature of liquid nitrogen, making hydride formation somewhat costly. Regarding hydrogen chemisorption on complex [15,16,17,18] or simple metal hydrides [19,20,21], in which atomic hydrogen is covalently bonded to the hosting crystal lattices, the exothermic character of the hydride formation reaction induces a heat release upon uptake of each mole of hydrogen. This heat must be removed during charging; otherwise, equilibrium temperature would be reached quickly and the reaction would stop. Conversely, to achieve a fast hydrogen release, it is necessary to supply the heat of the reaction, the desorption being an endothermic reaction. To achieve an efficient thermal management of a metal hydride tank, it is both necessary to improve the thermal conductivity of the metal hydride, e.g. with the introduction of expanded graphite [22] and to design a complex heat exchanger in the tank. Depending on the metal hydride nature, they can be ground to very fine particles with a high specific surface area [23,24] or directly produced as nanoparticles [25,26] to improve the sorption kinetics, but at the same time, inducing air and/or moisture sensitivity [27,28,29], requiring consequently a polymer coating to prevent the particle degradation [28,30,31,32,33].
Focusing on metal hydride nanoparticles, the achievement of superstoichiometries may compensate for the additional cost induced by coating, making these systems still economically and technically valuable. These superstoichiometries may be achieved only by ion implantation at adapted temperatures. In these conditions, a [H]/[Metal] saturation concentration ratio substantially higher that the limit observed in gas-phase charging can be reached. For instance, Myers et al. reached by ionic implantation of deuterium in palladium particles a saturation ratio as high as 1.6 ± 0.2 [34]. A superstructure was also observed in hydrogen-implanted Pd particles, reaching storage capacities similar to those obtained by very high-pressure hydrogenation of Pd [35]. Wulff et al., demonstrated that by ion implantation Pd hydrides can be formed during low temperature and low pressure plasma processing and that the resulting hydrides are stable at normal pressure and ambient temperatures [36].
All these preliminary results prompt us to suggest that plasma-based hydrogen implantation offer an alternative route for solid hydrogen storage and opens real perspectives since a large variety of finely divided metals could be used as starting materials. Of course, the added value, but also the difficulties of such a route, namely the hydrogen plasma interaction with metallic nanostructures, reside in the specific use of high-energy density processes, the control of which must allow either hydrogen implantation without severe damage (hydrogen-bubble, blistering … [37]). An alternative consists of performing hydrogen plasma surface interactions with granular nanometals using a high-frequency microwave generator. Such approach has already been successfully applied for hydrogen plasma interaction with structural materials relevant for fusion applications, like Al and W [38,39,40] for instance. In those cases, hydrogen bubbling was achieved and its effect on the mechanical properties of the treated metals was investigated.
Within this general idea, we aimed to develop a new material-processing approach based on soft chemistry, namely the polyol process [41], and cold H2 plasma implantation, to produce non-usual metal hydride granular nanomaterials with a high and ideally reversible hydrogen storage capacity.
Therefore, to be as challenging as possible, we decided to apply this original hydrogenation route to a non-usual metal hydride, namely Ni metal. Usually, Ni requires ultra-high hydrogen gas pressure to form hydrides by classical hydrogenation route. According the Ni–H phase diagram established by Shizuku et al., stable hydrides NiHx can be formed up to x = 0.8 and temperatures T up to 800 °C, but only at high hydrogen pressures P ~1.1 and 5.4 GPa [42].
In this paper we present our main successful results on cold plasma hydrogenation of polyol-made Ni nanoparticles, as a compact of 13 mm in diameter and 1 mm in thickness, optimizing both plasma conditions and particle microstructure, highlighting the ability of this non-conventional route to easily produce the Ni2H phase. Preliminary works exist on hydrogen plasma implantation of Ni ultra-thin films [43], as a surface material processing, but to the best of our knowledge it was never investigated for volume material processing, underlining the importance of the nanostructuration of the starting metal.

Ni nanoparticles were produced by the well-known polyol process [41]. In practice, 2.2 g of tetrahydrated nickel acetate salt Ni(CH3CO2)2·4H2O (SIGMA-ALDRICH, Lyon, France ) and 4.4 g of polyvinylpyrrolidone (104 g mol−1) abbreviated as PVP10000 (ACROS, Molinons, France) were dissolved in 125 mL of ethylene glycol OH(CH2)2OH abbreviated as EG (ACROS Molinons, France) and heated up to ebullition (180 °C with a step of 10 °C/min), in a glass flask under mechanical stirring. After 10 min of refluxing, 0.4 g of sodium borohydride NaBH4 (MERCK, Paris, France) were introduced in the reaction medium, and the mixture was then heated continuously for 2 h. The black suspension obtained was then recovered by centrifugation, alternating acetone washing (4 cycles) before to be dried in an oven (50 °C) for a couple of hours. The fresh powders were subsequently compacted (uniaxial pressure of 10 tons) as a pellet of 13 mm in diameter and 1 mm in thickness, which was then introduced in a plasma reactor equipped by a microwave generator (SAIREM, Décines-Charpieu, France) working at 2.45 GHz. The applicator used is a DP 10 model (BOREAL PLASMA, Le Pont-de-Claix, France). The microwaves are transmitted by a coaxial cable connected to a circulator with a water charge adapted to absorb the reflected power. The microwave power supplied was fixed to 180 W. More details about the reactors are given in Figure S1 in the supporting information section. The distance between the sample and the applicator was fixed at 2 cm, in order to optimize ions flow on Ni surface. The sample holder is cooled with water in order to limit the heat of the sample which may lead to hydrogen desorption from the sample.
The pellet was then exposed for 6 h to a plasma gas mixture of H2/Ar (90/10) at a pressure of 1 mbar. Plasma treatment was carried out without polarization, assuming ion energy as proportional to that of plasma potential, i.e., 20 eV. In these conditions, hydrogen ions do not allow defect formation in Nickel, they can be only implanted [43] (see Table S1 in the supporting information section). The ionic current recovered at the sample holder is stabilized 5 min after the ignition of the plasma. Thus the current density crossing the Ni pellet surface is 5 mA cm−2 giving a hydrogen ions flux of 3.1 × 1016 ions.cm−2 s−1. For 6 h of plasma exposure, the associated hydrogen fluence becomes equal to 6.6 × 1020 ions cm−2.

All the samples were powdered before characterization. Their crystalline structure was checked by X-ray diffraction (XRD) analysis using an X’pert-Pro diffractometer (Panalytical, Almelo, Netherlands), operating within the Bragg-Brentano θ-θ reflexion geometry, and equipped with a cobalt X-ray tube operating at 40 kV and 40 mA. The peaks indexing were performed with the program McMaille (version 3.02, Le Mans, France) [44]. The cell parameter and the size of the coherent diffraction domain were determined with MAUD software (version 2.55, Trento, Italy) [45] which is based on the Rietveld method combined with Fourier analysis, well adapted for broadened diffraction peaks. Polycrystalline strain free LaB6 certified by the National Institute of Standards was used as standard to quantify the instrumental broadening contribution. Finally, their detailed microstructural analysis was performed by transmission electron microscopy (TEM) using a JEM 2010 UHR microscope (JEOL, Tokyo, Japan), operating at 200 kV. In practice, small amounts of powdered nickel and nickel hydride were dispersed under ultrasonication in ethanol for a couple of minutes. A drop of each suspension was deposited on a 3 mm sized carbon coated copper TEM grids (EMS) and then dried in air. The images were collected with a 4008 × 2672 pixel CCD Gatan Orius SC1000 camera (AMETEK, Berwyn, IL, USA) and ImageJ software (2.0.0-rc-59, USA) was used to analyze them.

As a proof of concept, we presented here our results on the synthesis by the polyol process of Ni nano- and polycrystalline particles, with an average size ranging between 25 and 30 nm, and their total transformation within Ni2H single crystals of almost the same size thanks to their treatment in a 2.45 GHz microwave plasma source at 180 W plasma power and 1 mbar working pressure and room temperature. operating temperature. We demonstrated that cold hydrogen plasma could be an efficient low-pressure and low-temperature transition metal hydrides bulk processing thanks to the nanostructuration of the starting granular materials. By this material processing route, a hydrogen storage capacity of 1.7 wt.% was reached, comparable to that reached by a conventional solid-gas hydrogenation process on the state-of-the-art LaNi5H6 hydrides, for instance.

This work was supported by French Ministry of Research and National Centre for Scientific Research. ANR (Agence Nationale de la Recherche) and CGI (Commissariat à l’Investissement d’Avenir) are gratefully acknowledged for their financial support of this work through the grant number [LABEX SEAM ANR 11 LABX 086].

They also want to thank Philippe Decorse (Paris Diderot University) for his assistance in XPS measurements. 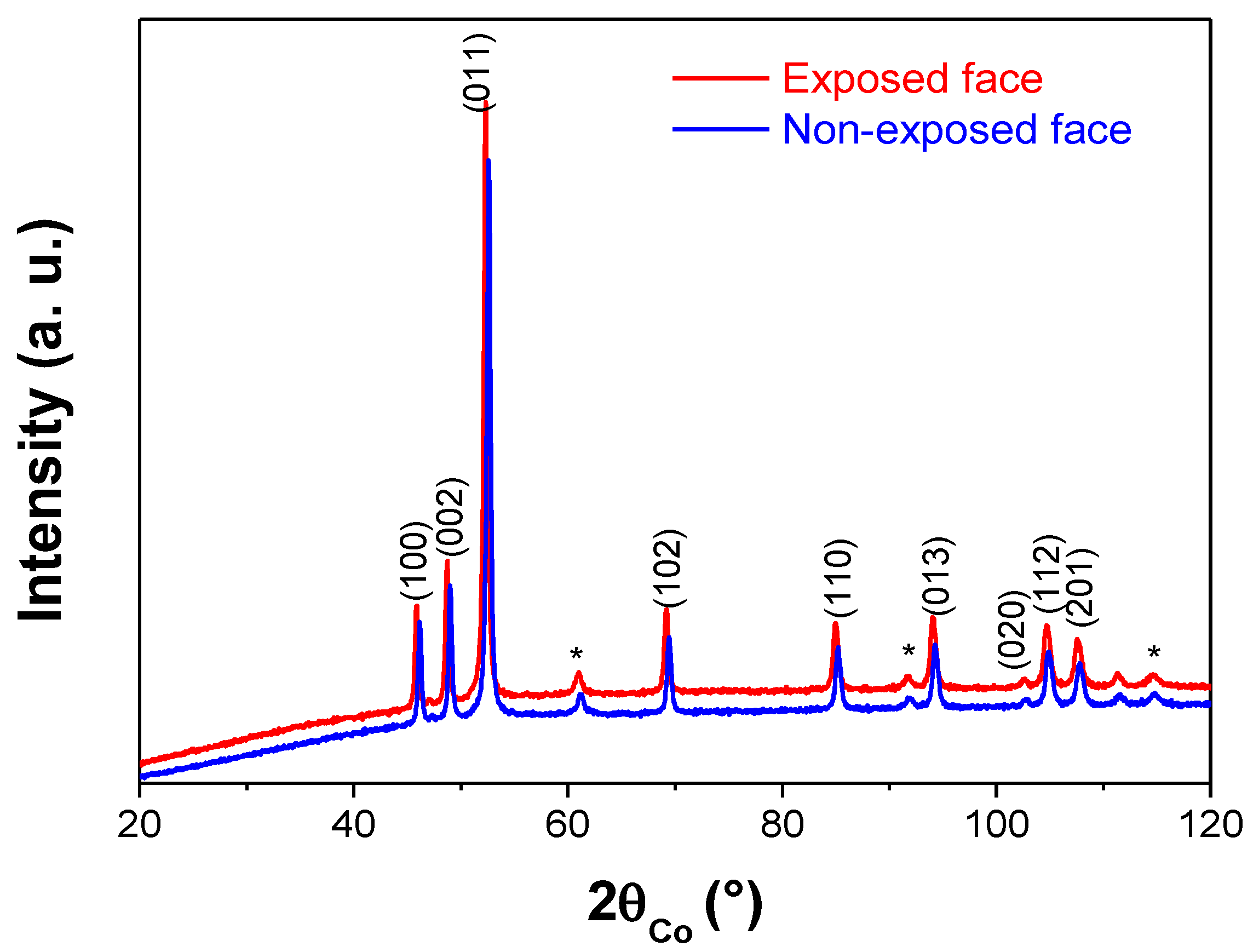 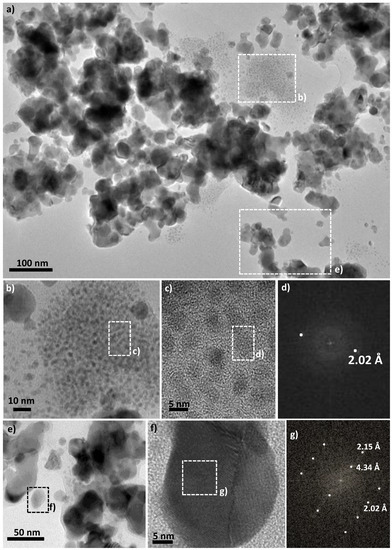 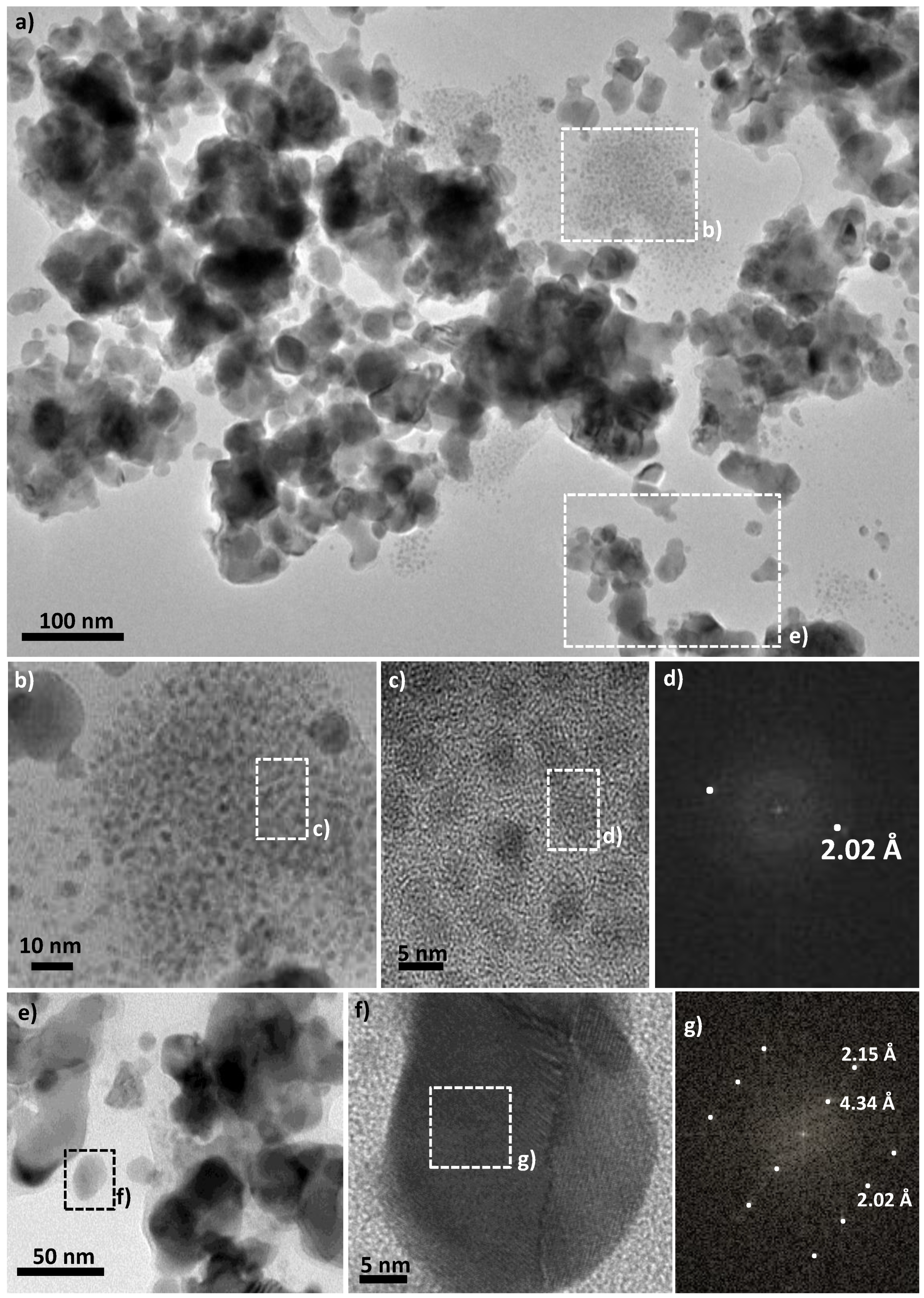