The Effects of Social Media on Sporting Event Satisfaction and Word of Mouth Communication: An Empirical Study of a Mega Sports Event
Previous Article in Journal

A Systematic Review of the Multi-Resolution Modeling (MRM) for Integration of Live, Virtual, and Constructive Systems
Previous Article in Special Issue

This study identified the top 50 health and fitness apps on Google Play daily from July to November of 2019. The popular health and fitness apps during the 5 months were scored according to their rankings, and their arithmetic averages were calculated. This study aimed to compare the perspectives of the platform operators, content producers, and information receivers on health and fitness apps. The first step was to identify previous studies and develop a questionnaire of “The Relative Weights of Future Development of Health and Fitness Apps [11,12,13,14].” The first dimension of content category was developed by collecting and clustering the most popular health and fitness apps on Google Play [11]; the second dimension of user reviews was referred to by the measurements of health evaluation and user criticism [5,12]; the third dimension of content update was selected by the functions of apps maintenance and update [12,13]; the fourth dimension of platform term was constructed by Mason’s four ethical issues of the information age [14]. After expert evaluations were conducted, four dimensions and twelve sub-dimensions were obtained: (1) Content category: monitoring, exercise, journaling, and sleeping; (2) User reviews: fuctionality, interactivity, and criticality; (3) Content updates: new feature, correctness, and new language; (4) Platform terms: privacy, accuracy, ownership, and right of use.

2.2. Focus Groups in the AHP Process

Focus groups are an established mechanism for data collection across qualitative, mixed method, and quantitative methodologies [15]. Focus group interviews could be adjunct to collecting quantitative data, appear to center on task-focused aims, and review methodological assumptions [16]. The analytic hierarchy process (AHP), a multilevel ananlysis method, was used to deconstruct a problem at a dendritic structure level to establish a class structure level with a mutual influence and to facilitate an individual or organization in making a decision accurately when confronted with multiple solutions for varous problems [17]. During problem evaluation, panel members consider the weight of solutions as a reference for decision making [18]. Two items at each level with different measurements were compared and the comparative matrixes were paired, which can be established to calculate the number of featured vectors and to represents the priority of crucial elements at structural levels [19]. The featured value was then calculated, which formed an evaluative basis for judging the level of consistency and the extent of influence on each comparative matrix [20]. This worked by establishing an expert system for investigating the respective weight of a group of variables relevent to the research subjects [19]. This study employed the AHP to determine each panelist’s persperctives on health and fitness apps collected using the questionnaire. The AHP should be conducted to avoid decision-making fatigue caused by the presence of too many weight comparisons among panel members. Each dimension had a maximum of seven questionnaires [21]. The four steps for the AHP are as follows: (1) finalization of the evaluation criteria system; (2) questionnaire evaluation; (3) allocation of weighting and consistency clarification; (4) calculation of the weighted values of each evaluation [20,22,23].
The questionnaire surveyed the opinions of three types of individuals with different roles in app operations. Specifically, by end of April 2020, three types of panel members included three information receivers who had used health and fitness apps before, three content producers who were key opinion leaders, and six experts and scholars who represented platform operators, and participated in a focus group interview to generate in-depth discussion. Table 1 listed the background of panel members. Then, the weights of the dimensions were determined.
The AHP method analysis “Power Choice V2.5,” a comparison matrix established to test the consistency of the dimensions, was used to integrate the opinions of information receivers, content producers, and platform operators toward health and fitness apps and calculated the weight of each indicator according to their importance after the focus group interview was conducted to generate an in-depth discussion of the factors influencing the importance of each dimension’s development. For instance, the process of the AHP questionnaire by applied Power Choice V2.5 was the following: The pairwise comparison on the platform dimensions was carried out. The platform dimensions were divided into Content category, User review, Content update, and Platform terms. The respondents through the pairwise comparison among four dimensions defined the importance and hierarchy. The major index was consistency ratio (CR) value which should be lower than 0.1 was used to indicate the acceptance of the reliability (see Figure A1 in Appendix A).

3.1. Consistency Ratios of the Questionnaire

On the basis of the role interaction model for health and fitness apps, this study divided platform analysis into four dimensions, namely, the content producer’s content category and content updates, the information receiver’s comments, and platform terms. Weights were assigned to the four dimensions according to their importance. The AHP was conducted to investigate the opinions of the three parties on health and fitness apps index. The totals of 12 valid questionnaires used in the hierarchical analysis were encoded using digits. The questionnaire of “The Relative Weights of The Future Development of Health and Fitness Apps,” comprising four dimensions and twelve sub-dimensions, was used to survey the opinions of platform operators, content producers, and information receivers on the development of health and fitness apps. All 12 questionnaires yielded CRs of < 0.1 and met the consistency ratio requirement, indicating that the questionnaires were valid. Table 2 presents the consistency ratios (CRs) for the pairwise comparisons of survey responses from platform operators, content producers, and information receivers.

The weights of the content category, user review, platform terms, and content update dimensions of health and fitness apps were 43.17%, 23.25%, 22.04%, and 11.52%, respectively. The six most influential sub-dimensions were monitoring (19.84%), exercise (14.62%), functionality (12.10%), interactivity (8.71%), privacy (7.96%), and accuracy (7.60%), in Table 3. In terms of overall weights, the content category and user review dimensions were weighted the highest. Among the sub-dimensions, monitoring and exercise were the highest weighted. Among the most popular sports apps, monitoring and exercise-based apps were more numerous than journaling and sleep-based apps. According to current trends, content producers who wish to receive more attention on a health and fitness apps may consider providing monitoring and exercise content. According to the weight assignments by platform operators, content producers, and information receivers, platform operators of health and fitness apps may respond to functionality and interactivity, as suggested by user reviews, when launching subsequent versions of apps. Such updates are helpful to information receivers when they use the platform. Studies have indicated that platforms that receive more comments tend to be ranked higher. Moreover, a focus on user reviews can provide content producers with clear directions for product optimization.

“The platform terms resemble the rules of a game. Fair and clear rules must be established so that the content produced meets the public’s needs.” (PO 1)

The median absolute deviation (MAD) was used to compare the weight assignment differences among the panel members with different roles in health and fitness apps. A MAD value above 2 indicates consistency among opinions. By contrast, a high MAD value indicates disagreement among the opinions. The sub-dimensions of content category and user reviews exhibited high consistency with MAD values above 2. Panel members in the three roles had different views toward new features in content updates (MAD = 3.30). Platform operators and information receivers ranked new features as ninth and tenth in terms of importance, respectively, whereas content producers ranked it second. New features are crucial to content producers because they can increase the exposure of health and fitness apps and attract more attention. However, Information Receiver 3 stated:

“Whether the content is effectively improved is the most important thing.” (IR 3)

The content producers wished to increase the popularity of their products by adding new features, whereas the three information receivers prioritized correcting existing problems in the products.
The overall weight rankings of platform terms, namely, the sub-dimensions of accuracy, ownership, and right of use, all yielded high MAD values (3.77, 3.77, and 3.11, respectively), implying inconsistent opinions among the panel members. Table 4 indicated that both content producers and information receivers rated platform terms as less essential, whereas platform operators ranked the three sub-dimensions of platform terms in the second, fifth, and sixth place, respectively. The MAD values indicated that platform operators attached more weight to platform terms. Information receiver 2’s response was as follows:

“Users are required to accept platform terms when downloading an app, so it is less important.” (IR 2)

This study analyzed the three roles of platform users by mining the data of the 50 most popular health and fitness apps. By using the AHP, the weights assigned to each dimension in operating health and fitness apps by platform operators, content producers, and information receivers were compared. Overall, the panel members were more concerned about the content, followed by users’ comments, platform terms, and content updates (Figure 1). Among the sub-dimensions, the monitoring and exercise content categories were ranked at first and second place, followed by the functionality and interactivity of user reviews (third and fourth place), and platform privacy and the accuracy of platform terms (fifth and sixth place). Such prioritization by the panel members can inform the more precise allocation of resources for health and fitness app operations.
Based on the original role interaction mechanism [4], we discovered that the interaction between content producers and information receivers can be used for platform role analysis in different dimensions. Follow-up analyses may reference the interaction between content producers and information receivers. Future studies may incorporate the iPhone operating system. This inclusion can enable researchers to compare user roles between the two major platforms and analyze interplatform differences to expand discussion on platform interaction mechanisms.

This manuscript was translated into English by Wallace. 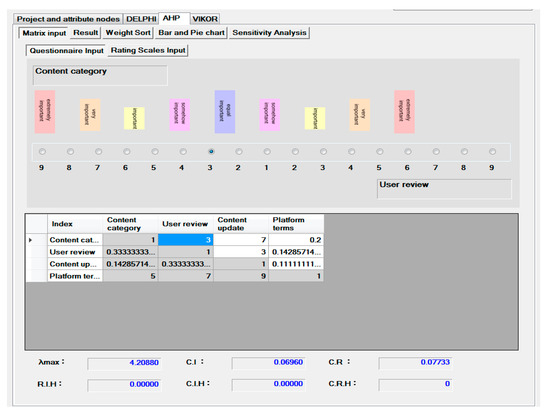 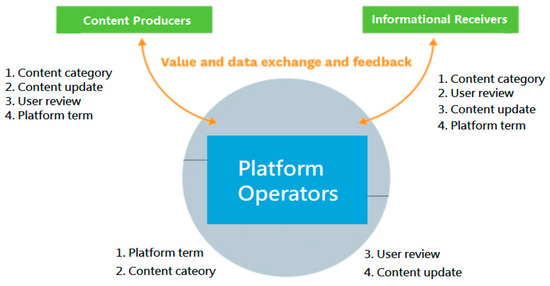 Table 4. Three Types of Panel Members Assessments.
Table 4. Three Types of Panel Members Assessments.
Weight %.
© 2020 by the authors. Licensee MDPI, Basel, Switzerland. This article is an open access article distributed under the terms and conditions of the Creative Commons Attribution (CC BY) license (http://creativecommons.org/licenses/by/4.0/).
We use cookies on our website to ensure you get the best experience. Read more about our cookies here.
Accept
We have just recently launched a new version of our website. Help us to further improve by taking part in this short 5 minute survey here. here.
Never show this again