The fast analysis of crime scenes is a very critical issue for investigators that should collect, as much as possible, all and only meaningful evidence, and rapidly bring back to normality the involved area. With the scope to respond to the end user’s requirements, the project FORLAB (Forensic Laboratory for in-situ evidence analysis in a post blast scenario) has set, as its main goal, to develop a system of sensors for fast screening of post-blast scenes. In this frame, a new sensor based on laser induced fluorescence has been developed for standoff individuation and localization of plastic debris in post-blast scenarios. The system can scan large areas in short times (in some cases, minutes) providing real-time images of the scene where material discrimination is highlighted. In fact, the combined use of a laser source with a high repetition rate and of a signal collection setup based on a fixed intensified charged coupled device (ICCD) with a large field of view has allowed for the brief duration of the scanning process. In addition, dedicated software elaborates the fluorescence data obtained from the targets and retrieves a chemical characterization useful for material recognition. View Full-Text
Keywords: laser induced fluorescence; Lidar; post blast scenario; plastic materials laser induced fluorescence; Lidar; post blast scenario; plastic materials
►▼ Show Figures 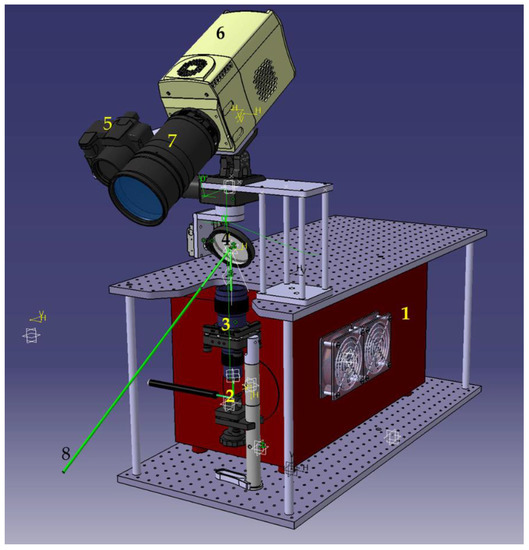