Traversing a Tightrope between Ecumenism and Exclusivism: The Intertwined History of South Africa’s Dutch Reformed Church and the Church of Central Africa Presbyterian in Nyasaland (Malawi)
Previous Article in Journal

Migration, Interfaith Engagement, and Mission among Somali Refugees in Kenya: Assessing the Cape Town Commitment from a Global South Perspective One Decade On

The various endeavors led by Jesuits under the auspices to the Plan Scientifique du Kiang-Nan (Scientific Plan for the Jiangnan region) constituted a defining moment in the history of their mission in modern China. The Jesuits aimed to found a scientific capital that would also constitute the base of their East Asian mission, a project that led to a far-reaching engagement in education and sciences. The multiple projects they undertook were located within the framework of Western knowledge. The traditional Jesuit strategy adapted itself to a new context by encouraging a constructive and fruitful interaction between religion and science. Jesuit intellectual apostolate included not only research but also the dissemination of technologies and knowledge central to the rise of modernity in China. The entry into this country of well-educated, deeply zealous Jesuit missionaries along with their observations on the social and political changes taking place decisively contributed to the modernization of Shanghai and to the emergence of multi-perspective narratives about the destiny of the city. Assessing the Jiangnan-based Jesuits’ continuous efforts as well as the challenges and contradictions they met with help us to integrate the seemingly conflicting ethos of Christian mission and scientific quest into a reframed perspective of global history.
Keywords: intellectual apostolate; French Jesuits; Zi-ka-wei; Plan Scientifique du Kiang-Nan intellectual apostolate; French Jesuits; Zi-ka-wei; Plan Scientifique du Kiang-Nan

“Intellectual apostolate,” a classic Jesuit-speak, was understood by the Order as referring to both intellectual endeavours and to apostolic activities among the educated (The General Superior of the Jesuits Pedro Arrupe (1907–1991) issued a letter The Intellectual Apostolate in the Society’s Mission on the relationship of the intellectual apostolate to the mission of the Society of Jesus on Christmas Day, 1976). From the time of their foundation onward, Jesuits involved themselves in research, teaching, publication and arts, cooperating in the process with lay scholars, artists and intellectuals. This apostolic dimension extended to the mission territories where they were active, and, notably, to the Jesuit compound of modern Shanghai known in the Shanghai dialect as Zi-ka-wei and in Mandarin as Xujiahui (徐家匯).
This paper has three objectives. First, it contextualizes the case of Zi-ka-wei through a historical review of the intellectual apostolate of the Jesuits, the first multinational Order to be welcomed in China, in the Late Ming period, and one with a distinct method of adaption and engagement. The Jesuit endeavours promoted conversation about Christianity by bringing Western science and art to China and simultaneously taking Chinese literature and philosophy back to Europe.
Second, we will examine the case study of the highly institutionalized French Jesuit enterprise at Zi-ka-wei compound under the Plan Scientifique du Kiang-Nan (Jiangnan; Jiangnan indicates the southern part of the Yangtze Delta, and Kiang-nan is its French Romanization spelling) (江南科學計劃), as this Plan was meant to renew the Jesuit intellectual apostolate in China. During the most dramatic period of upheaval that included a dynastic change, battles between rival factions, and the impact of European military and cultural imperialism, the French-run site of Zi-ka-wei at the rim of Shanghai was carefully chosen and prepared by the Order and was staffed by well-educated Jesuit scientists with booming enthusiasm in the mission, thus exerting far-reaching influence on China’s transition to a modern state.
Third, this paper discusses the strategic importance given to intellectual apostolate by the Jiangnan Jesuits with respect to a number of challenges: the ongoing progress of modern science (modem science, with its emphasis on experiments and mathematical analysis, was beginning and it was natural that the new Jesuit colleges considered mathematics and astronomy as important subjects, as well as other parts of physics, such as optics, mechanics, electricity and magnetism. Teaching of astronomy led soon to the founding of observatories. They had an academic character, but also functioned as true research facilities.); intensive social and political changes in modern China; rivalry with Protestant mission societies; and the decline of French power.
Through this study, we will show how the Jesuit intention to reconstruct their missionary enterprise in Jiangnan was impacted both by their strong French nationalism and by their identity as a transnational corporation. This basic tension played over the way they were dealing with intellectual and scientific transformations as well as with a tormented Chinese social and political landscape.

2. Inspiration: The Intellectual Apostolate in the Historical China Mission

3. Evolution: The Emerging Compound of Zi-Ka-Wei

6. Accommodation: Nationalism and Catholicism in a Time of Globalization

The story of the Zi-ka-wei complex is to be recaptured within the context of the evolution of modern Catholicism, both from the perspective that is now ours and by taking some distance from it. Especially since the time of the Second Vatican Council, within the worldwide Catholic movement the traditional focus has changed from “the Church” itself, mainly understood as the institution comprising the papacy, episcopacy and clerics, to a broader view that continues to evolve. As is well known the aftermath of the Council deeply renewed the traditional expressions of the Jesuit charisma (“When the Thirty-First General Congregation (GC 31) chose Pedro Arrupe as its Twenty-Eighth Superior General in 1965, its concern was the renewal of the Jesuit order according to the spirit and orientations of the Second Vatican Council. But the audacity, charisma, and energy of Arrupe far exceeded expectations.” (Vermander 2018)). Jesuits have been encouraged to further their self-understanding of their identity and mission, transcending the distinction between “functionaries” and “seekers.” Actually, the reproach contained in this distinction holds only if one maintains the distinction between popular and elite cultures. “Vulgarizing science” constitutes another form of the quest for truth, which integrates scientific knowledge into the lived experience of a given community.
Besisdes, the story of Zi-ka-wei allows one to pay attention to the continuity that has marked the “intellectual apostolate’ of the Jesuits throughout the ages, and not only ot the ruputres that marked the 19th century and the earlier aprts of the 20th, as if oten the case. As noted by the former Superior General of the Socoiety of Jesus, Fr. Adolfo Nicolás (1936–2020), “the long tradition of the involvement of the Society of Jesus in the intellectual apostolate forms part of [its] religious identity. […] The first companions came to know one other in Paris while they were studying to become Masters of Arts. […] Up to the present, many other Jesuits have played an important role in the dialogue between science and faith, and, in a more general way, in the dialogue between faith and reason” (Nicolás 2014, p. 1).
The academic requirements that characterized the exacting and long training of Jesuit missionaries, the importance they gave to philosophy and theology, and finally their broader commitment to all fields of human knowledge, all these factors nurtured the long journey underwent in their overseas mission. The way they practiced and spread science in Jiangnan as well as in other areas cannot be separated from the self-understanding they nurtured,, a self-understanding shaped both by the contradictions that marked the period under study and by the long-term impetus of the Order. Therefore, to study Jesuit “corporate culture” in its ruptures and continuity constitutes a valuable contribution to the study of the factors having triggered and defined globalization. The Jesuit intellectual apostolate in modern Shanghai provides a fascinating example of the way scientific endeavors, nationalist fervor, and a specific international corporate culture interacted in such a way as to decisively contribute in shaping the ethos of one of the cities that is now at the forefront of globalization—namely, Shanghai. 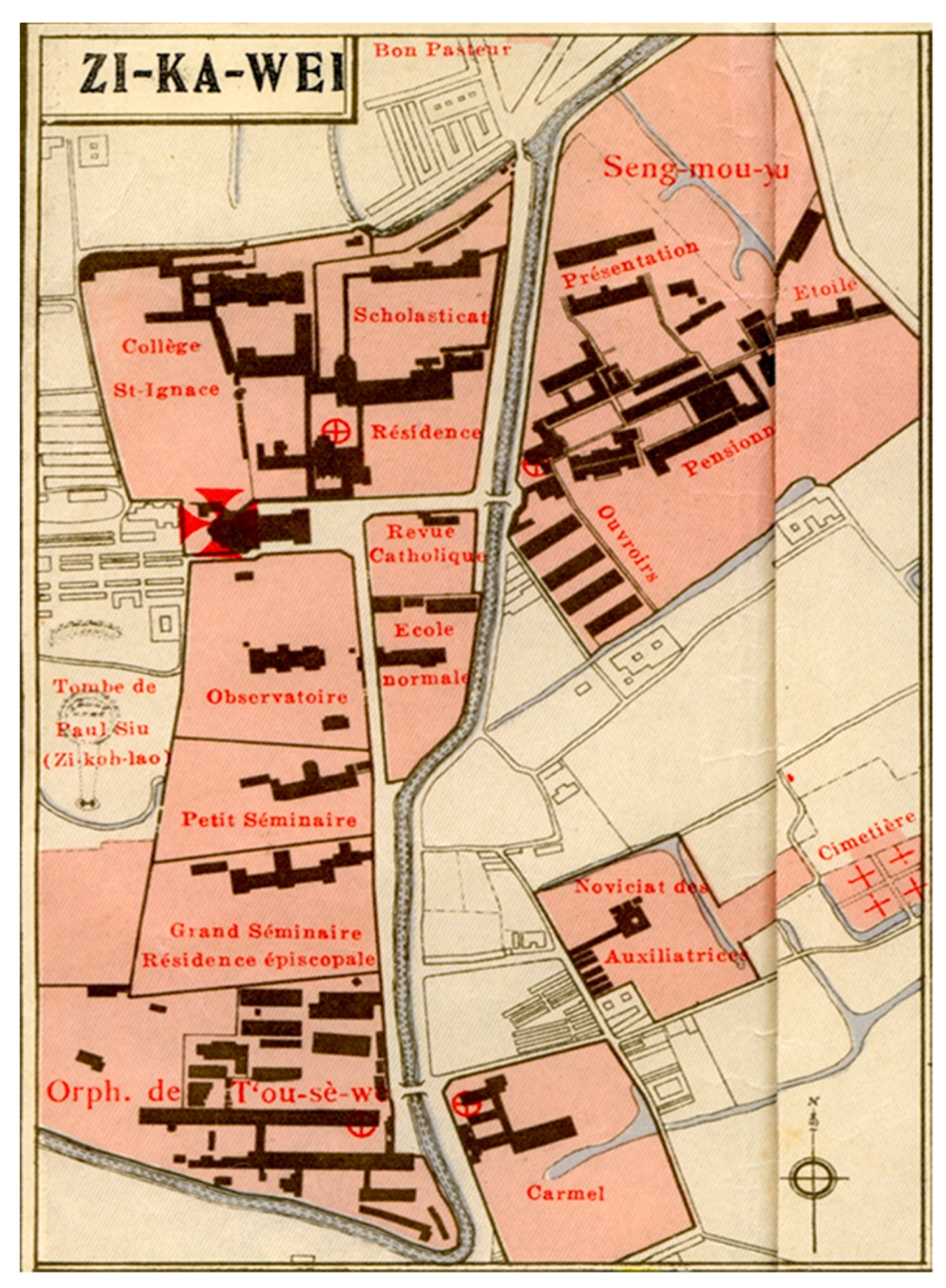 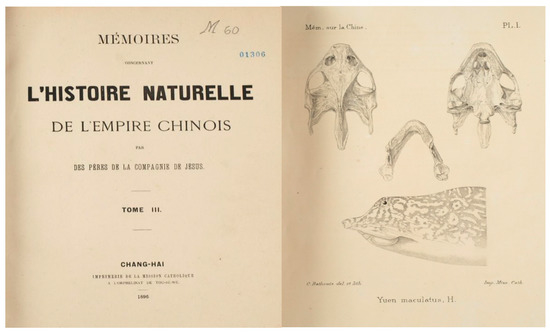 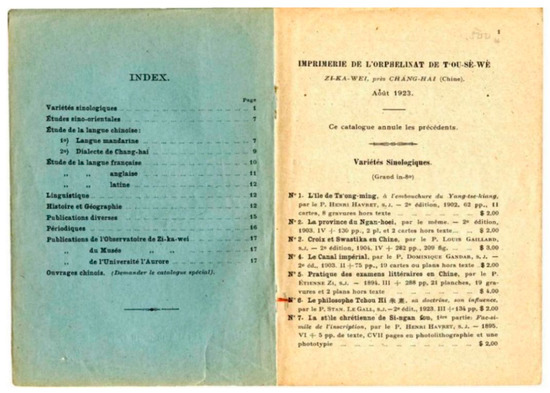 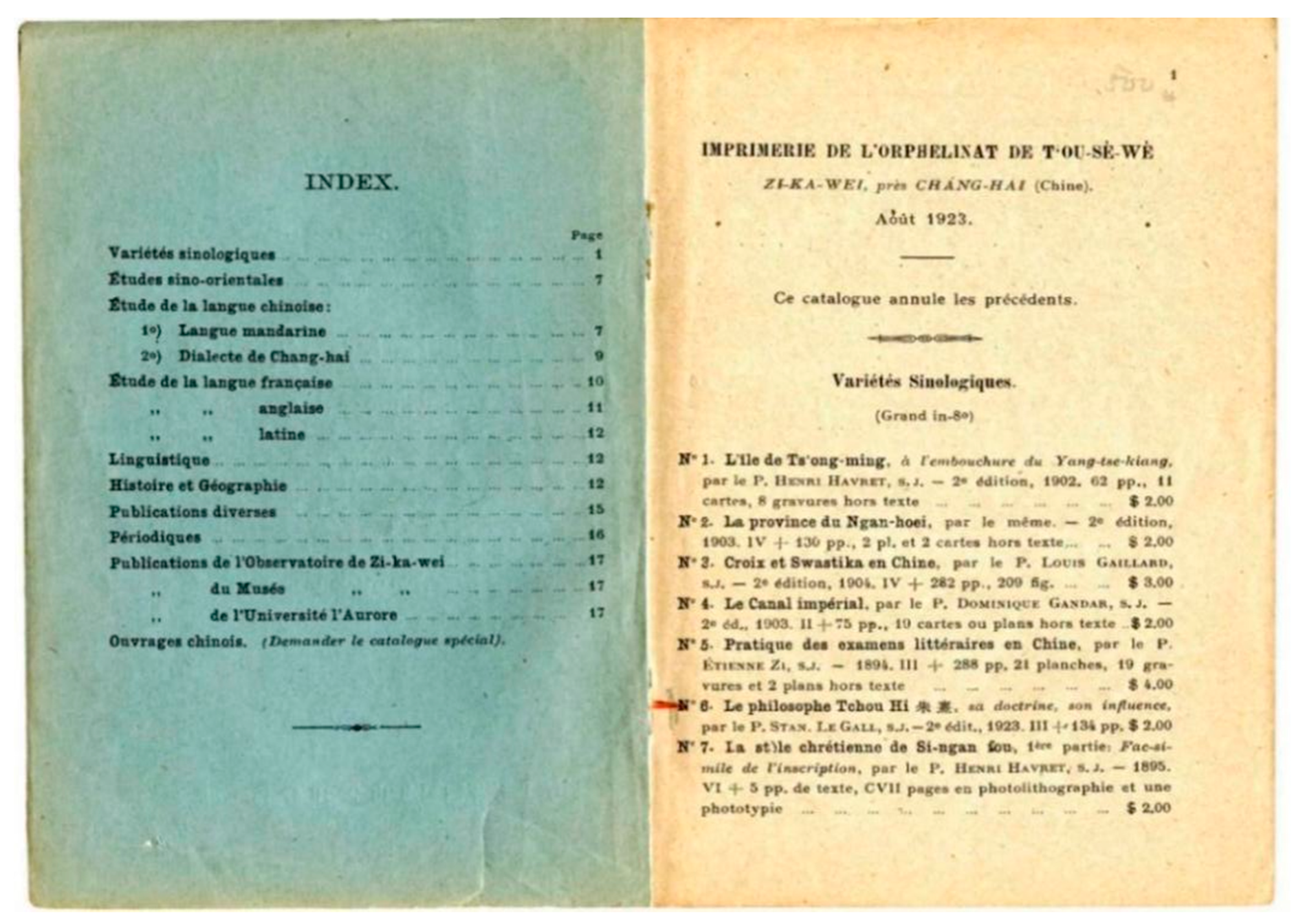