Compass, Continuity and Change. Everyday Religion among Women Living in Asylum Centers in Norway
Next Article in Special Issue

The Visualization of the Secret: Atiśa’s Contribution to the Internalization of Tantric Sexual Practices
Previous Article in Journal

Love me for the Sake of the World: “Goddess Songs” in Tantric Buddhist Maṇḍala Rituals 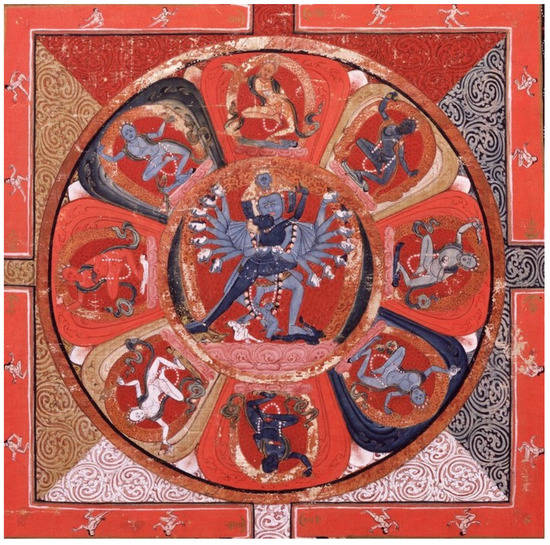