Invasive alien species (IAS) are one of the greatest causes of native species extinction. Indeed, they represent a global threat for biodiversity and can also affect the economy and human health. The colonization success of IAS is presumably not only due to their biological and ecological characteristics, but also to the lack of predators and/or parasites in the invaded new areas. In the present work, we demonstrate evidence of predation of the invasive alien crab Percnon gibbesi (H. Milne Edwards, 1853) by the Rock Goby Gobius paganellus Linnaeus, 1758. The diet of G. paganellus was studied analyzing the stomach content of 162 specimens collected in the central Mediterranean Sea. The results obtained from the calculation of the diet indices, namely, frequency of occurrence (%F), percentage weight (%W), percentage abundance (%N), and the Index of Relative Importance (%IRI), showed that small benthic crustaceans were the main prey types. Additionally, these indices and the Levins’ index (Bi) clearly indicated that the invasive crab P. gibbesi was by far the most abundant prey type in the diet of G. paganellus. The relevance of this predator–prey interaction and the role of native species for the biological control of invasive ones are discussed. We also provide a general view on the diet of G. paganellus and other biological and ecological aspects of specimens studied from the central Mediterranean Sea. View Full-Text
Keywords: Mediterranean Sea; invasive species; non-indigenous species; biological control; prey–predator interactions Mediterranean Sea; invasive species; non-indigenous species; biological control; prey–predator interactions
►▼ Show Figures 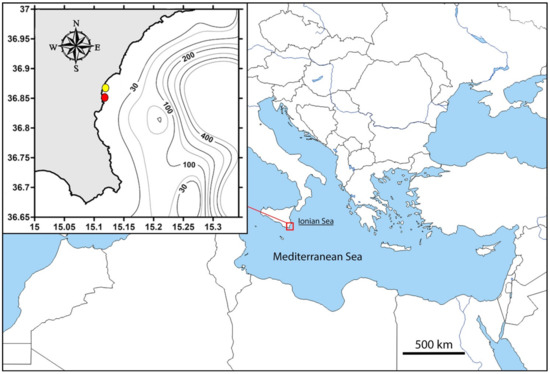