Thanks to advances in digital camera and battery technologies, the use of baited remote underwater video systems (BRUVs) has increased since initial deployments in the 1990s [1,2]. Despite relatively high device cost and labor-intensive video data analysis [3], BRUVs have been widely used in studies characterising species diversity and abundance of fishes (see review by [4]). The diversity of BRUV studies includes characterisation of mesophotic (30–150 m depth) reef fish communities [5], monitoring of the fish fauna associated with seagrass habitats [6], assessment of behavioural responses to playback noise [7], and the attractiveness of animal vs plant-based baits to reef fishes [8]. The strong attractiveness of bait to sharks [9], has also made BRUVs efficient tools for assessing shark populations. For example, a recent worldwide project (see www.globalfinprint.com) [10] deployed thousands of BRUVs across the globe, and allowed drivers—such as heavy fishing pressure or illegal fishing—for diversities and densities of coastal sharks, to be identified [11,12].
Given the importance of sharks as apex and mesopredators for the balance and productivity of marine ecosystems, their decline in some regions in recent decades is of particular concern [13,14]. In the Mediterranean, this trend has led to declines in large species and to population collapses of 96–99%, with overfishing being the most prevalent threat [15]. Moreover, it has become particularly difficult to observe and detect large sharks in the Mediterranean. BRUVs could potentially provide an effective fisheries-independent method of monitoring diminished shark populations, but only if recording times can be increased significantly beyond current norms in order to effectively sample low shark densities. For example, the duration of video sampling in the Finprint project [10] is 60–90 min which may be too short to document sharks in locations where their populations have been heavily diminished by fishing. The short duration of video sampling is due primarily to the power and memory-intensive nature of video data. However, recent technological advances have enabled us to build and deploy a cost-effective BRUV system capable of recording high quality video for up to 24 h. Here we describe the use of this system to characterise shark abundance and diversity in the heavily fished waters of the Balearic archipelago in the western Mediterranean.

The Balearic archipelago is located in the western Mediterranean Sea about 200 km from the east coast of the Iberian Peninsula. The main island of Mallorca is surrounded by four other smaller islands, including the island of Menorca in the northeast. Seawater temperatures vary between 14–15 °C in winter and 24–25 °C in summer. About twenty species of sharks have been documented in waters surrounding the archipelago, including the great white shark Carcharodon carcharias, which was commonly captured until the late 1970s [16], the copper shark Carcharhinus brachyurus [17], as well as the blacktip shark C. limbatus, and the sandbar shark C. plumbeus [18]. Sampling effort was concentrated around the island of Mallorca, with 12 BRUV deployments taking place between July 2017 and November 2019, during both winter (n = 6) and summer (n = 5), and a single deployment around the island of Menorca in summer (Table 1). Each deployment lasted from 3 to 10 days (determined by weather conditions) with an average duration of 112 h and 52 mn. The BRUV (see next paragraph) was anchored in epi-pelagic waters at an average distance from the coast of 8.15 km (+/− 5.5 km) and an average depth of 72 m (+/− 27 m) (Table 1), with the bait positioned just below the surface.

The long-endurance BRUV prototype consisted of a modified surfboard equipped with an anchoring system, underwater video camera, bait drum, solar charging system with battery, and a mast with a signal flag, radar reflector and white light (Figure 1). Baits used to attract sharks included fish scraps, cephalopods, and/or cetacean flesh and oil. The continuous video system consisted of a Hero3 GoPro camera (including a 256 Gb SD memory card that can store up to 27 h of continuous HD images) in a waterproof housing and an underwater white light source that switches on only at night. The system was powered by a 12 volt battery located inside a box on the board. A voltage regulator controlled the power supply to the camera and light, and also protected the battery against deep depletion. A 20 W solar panel mounted on the battery box charged a battery with enough capacity to power the underwater light for the duration of the night. The mast that supported the camera and the light was fixed under the board thanks to a removable mechanism that facilitates access to the camera for the exchange of memory cards. For each session, days and nights were recorded continuously, and the bait and camera memory card were renewed every 24 h. Depending on whether the equipment was new or refurbished, the total cost of the device varied between 800 and 1500 US$ (see Appendix A).

A total of 1355 h of video was recorded during the 12 BRUV deployments with 52% and 48% of footage occurring during the day and night, respectively. Seven blue sharks Prionace glauca were recorded with an average duration of 3:30 h (+/− 230 min) (from a minimum of 16 min up to 11 h) between their first and last appearance. The sex of the animals was assessed based on the presence of claspers (for males) and the size of the animals was visually assessed by using the bait drum as a reference as each of the animals passed at least once at a short distance from the drum. Sharks observed included a female in “Canal de Menorca” (S#1, July 2017), a female (S#3) as well as three males (S#2, S#4 and S#5, June 2018) and a female (S#6, February 2019) in “Puerto de Soller”, and a female (S#7, July 2019) in “Font de Sa Cala” that were discriminated based on their gender, estimated size and special markings (Table 2). Among the seven sharks, three (43%) of them were observed primarily (>80%) at night (Figure 2). There was no significant difference in the number of sharks detected over short periods of deployment versus longer periods, as four sharks were sighted during a 7 day session (in June), while only one was sighted during two 3 day sessions (both in July) and one (in July) during a 10 day session. However, the season had a significant effect as only one shark among seven was detected during a winter session in February. The resolution of the footage was good enough to accurately identify individuals from their unique markings and detect hooks around the mouth of the animals (Figure 3).
In addition to sharks, the BRUVs allowed the observation of several other marine species, including teleost fishes such as Wreckfish (Polyprion americanus) (in July), Dolphin-fish (Coryphaena hippurus L.) (mainly in August), Pilotfish (Naucrates ductor) and Grey triggerfish (Balistes capriscus) (mainly in November/December), and squid (Loligo vulgaris) (at night during summer sessions). Schools of small size pelagic fishes were also frequent, for which the identification of the species was impossible to carry out without increasing the size of the images.

The blue shark is among the most widely distributed sharks and is found in tropical and temperate areas of all oceans from about 60°N to 50°S [19]. The species is relatively fast-growing and fecund, reaching sexual maturity in 4–7 years and producing up to 135 pups per litter (average 37 pups) after a relatively short (<12 months) gestation period compared to other shark species [20,21]. Despite these characteristics, blue shark populations in the Mediterranean Sea have decreased by >95% [15], probably due to overfishing [22], and the species is now classified by the International Union for Nature Conservation (IUCN) as “critically endangered” in this region [23]. This low abundance has made blue sharks very difficult to observe in the Mediterranean Sea. However, we were able to successfully observe multiple individuals in Balearic waters using our 24 h extended BRUV system. The system also allowed for the detection of residual fishing hooks inside or close to the mouth of several animals as a proxy for frequent and potentially deleterious interactions with fisheries. This result demonstrates the effectiveness of long-duration BRUVs for detecting shark species that occur at low densities, and contributes to an increased understanding of their biological status and the need to improve conservation. The fact that blue sharks were observed almost as often at night as during the day is not at all surprising, as this species has showed a clear diel behaviour, generally occupying shallower depths at night than during the day [24]. The occurrence of only seven blue shark individuals in 55 days (1335 h) of BRUV sampling supports concerns that this species has been heavily overfished in the Mediterranean Sea, as previously occurred in the western English Channel by the 1970s [25]. We used the preferred prey of blue sharks (squid, [26]) as an attractant, hence it is unlikely that our methodology was unable to effectively attract the vast majority of animals reached by the olfactory stimulus. We also used cetacean flesh and oil to attract white sharks which opportunistically feed on the corpses of marine mammals [27], and fish baits which should attract a wide range of shark species. The rarity of blue shark sightings and the absence of other sharks in BRUV videos supports the conclusion that the abundances of large epipelagic sharks remain extremely low in the Mediterranean Sea [15].
Although our study was not able to provide quantitative information about elasmobranch species among the western Mediterranean in order to compare it with previous studies in the same area [28], our long-endurance BRUV was effective in detecting the presence of elusive species, such as the blue shark or the Wreckfish, whose presence in this part of the Mediterranean was usually inferred from stomach contents analysis [29]. Unsurprisingly, it also allowed for other more common pelagic teleost fishes and cephalopods to be detected. This device could be further modified to provide real-time observations by adding a wireless video transmitter (i.e., 1.3 GHz) to the system. This could be useful for notifying researchers of shark presence if physical samples (e.g., DNA biopsies) are needed. Such a system could also allow the development of a shark-watching industry for ecotourism purposes, such as that which exists in the Azores [30]. It could also be a useful tool for education and outreach purposes, where live videos could be streamed to a web page that also includes BRUV ‘highlights’.
This long-endurance BRUV would improve the study of a broad spectrum of epi-pelagic marine species and would undeniably optimise the chances of observing animals in very low densities, including at night.

The authors wish to thank Guillem Mateu Vicens (UIB) for his advice and support in developing this common project, Carl Meyer from the University of Hawaii, and Jeanine Almany from the CRIOBE (France) for some editing suggestions, as well as the Palma Aquarium for providing us with bait and the Conselleria Medi Ambient, Agricultura i Pesca of Mallorca (Spain) for providing us authorisation for our studies. 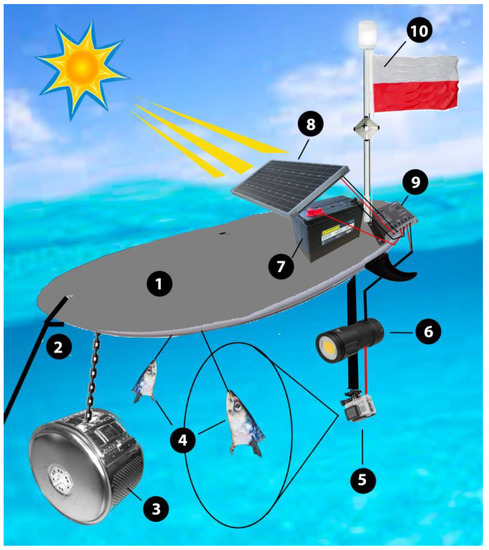 Table 2. Description of the sharks with discriminating parameters.
Table 2. Description of the sharks with discriminating parameters.
© 2020 by the authors. Licensee MDPI, Basel, Switzerland. This article is an open access article distributed under the terms and conditions of the Creative Commons Attribution (CC BY) license (http://creativecommons.org/licenses/by/4.0/).
We use cookies on our website to ensure you get the best experience. Read more about our cookies here.
Accept
We have just recently launched a new version of our website. Help us to further improve by taking part in this short 5 minute survey here. here.
Never show this again