Resonant Forcing of the Climate System in Subharmonic Modes

During recent decades observation of climate archives has raised several questions. Concerning the mid-Pleistocene transition problem, conflicting sets of hypotheses highlight either the role of ice sheets or atmospheric carbon dioxide in causing the increase in duration and severity of ice age cycles. The role of the solar irradiance modulations in climate variability is frequently referenced but the underlying physical justifications remain most mysterious. Here, we extend the key mechanisms involving the oceanic Rossby waves in climate variability, to very long-period, multi-frequency Rossby waves winding around the subtropical gyres. Our study demonstrates that the climate system responds resonantly to solar and orbital forcing in eleven subharmonic modes. We advocate new hypotheses on the evolution of the past climate, implicating the deviation between forcing periods and natural periods according to the subharmonic modes, and the polar ice caps while challenging the role of the thermohaline circulation. View Full-Text
Keywords: resonantly forced baroclinic waves; subharmonic modes; climate variability resonantly forced baroclinic waves; subharmonic modes; climate variability
►▼ Show Figures 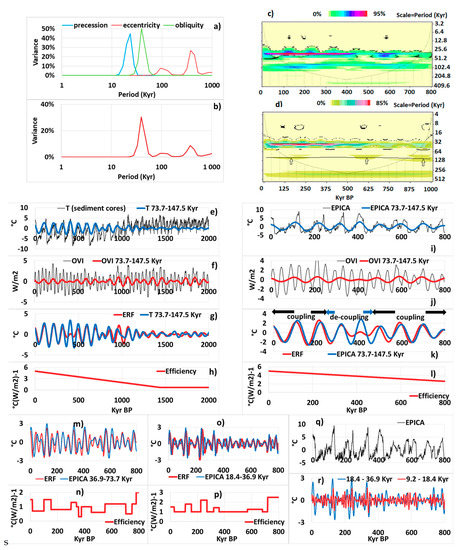