Analysis of the Almond Harvesting and Hulling Mechanization Process: A Case Study

Despite the intense debates on the land acquisition effects of large-scale Ethiopian sugarcane plantations and the consequences for food security, the impact on biodiversity has received less attention. We compared remnant patches in the sugarcane zone to the adjacent woodlands to determine the impacts of sugarcane on the diversity, composition, and structure of woody species. We recorded individual woody specimens with diameter at breast height (DBH) ≥ 2.5 cm from 56 quadrats of 200 m2 at each site in a systematic, random, and gradient-oriented transect design. In addition, we employed a trait-based risk assessment framework to examine the threat posed by agro-industrial sugarcane production on mammals, birds, and rodents. A total of 56 woody species, 38 in the woodlands and 30 in the sugarcane zone, were identified. The proportion of non-native woody species was higher (63%) in the sugarcane zone than in the adjacent woodlands (1%). The rodents and mammals were more abundant in the woodlands than in the sugarcane zone. Although we did not investigate all of the bird and mammal species, our results identified six rodent species, five mammal species, and one bird species as susceptible to sugarcane agriculture activities. The results suggest that large-scale agro-industrial sugarcane production impacts species diversity, composition and abundance of species, and species’ resource requirements. View Full-Text
Keywords: biodiversity; woody species; industrial crop; sugarcane; trait based; risk score biodiversity; woody species; industrial crop; sugarcane; trait based; risk score
►▼ Show Figures 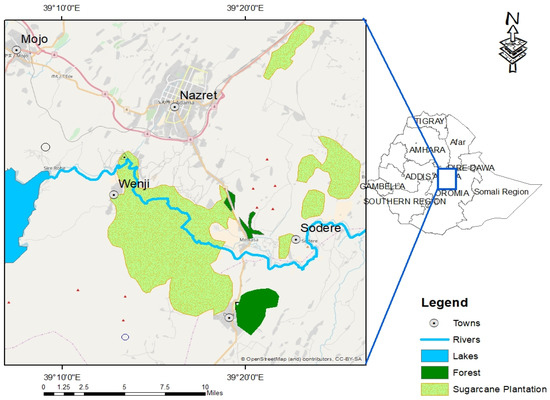