Forecasting crop water demand is a critical part of any greenhouse’s day-to-day operations. This study focuses on a region located in Essex County, Ontario Canada where water demand is dominated by commercial greenhouse operations (78% of capacity). Development of complex and elaborate forecasting methods such as artificial neural networks (ANN) can be costly to develop and implement, especially with the limited resources available to greenhouses. This study proposes simplified forecasting methods that would be used in conjunction with a more complex base model architecture. These simplified methods use one crop water usage as an indicator of another’s, and is titled crop-to-crop forecasting (C2C). In this study, tomatoes and peppers were evaluated, and three C2C models were developed along with an ANN base model to provide a basis for evaluation. The models were created using a dataset containing hourly watering data along with climatic and temporal data for the period between June 2015 and August 2016. The three C2C architectures used were linear regression (LR), quotient method (QM), and feed-forward neural network (FFNN), compared with the (ANN) model, which is a feed-forward neural network with extra inputs (FFNN-EI). Each model was evaluated using the root mean squared error (RMSE) and the normalized root mean squared error (NRMSE). The results show that all C2C methods have higher RMSE and NRMSE than that of the base model, with an average RMSE increase of 12% for peppers and 29% for tomatoes. View Full-Text
Keywords: crop water demand; forecast; crop to crop modeling; ANN modeling; water utility demand prediction crop water demand; forecast; crop to crop modeling; ANN modeling; water utility demand prediction
►▼ Show Figures 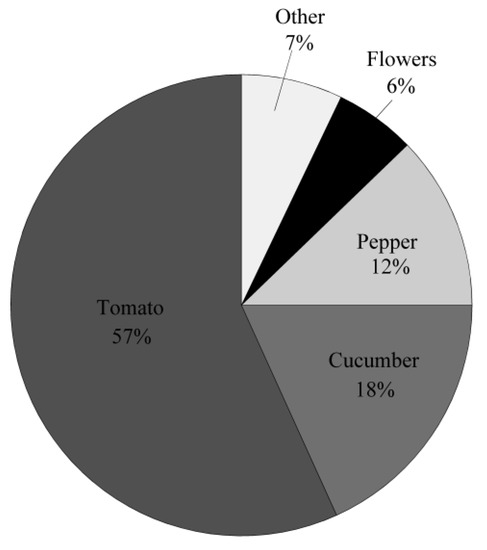