2.2. Determination of the Northern Boundaries of Three Main Grain Crops

3.1. Temperature Changes of China in the Last 60 Years at the Regional Level

3.2. Temperature Changes of China in the Last 60 Years at the Station Level

3.3. The Northern Boundary of Three Main Grain Crops and Its Displacement

4.1. Benefits of the Current Study

Analyzing the adaption to climate change is vital for better understanding the impact of climate change on agriculture [29,30,31]. To reduce the impact of climate change on potential planting areas and maximize the use of thermal resources, adaption to climate change, which refers to adjustments in ecological, social, or economic system in response to actual or expected climatic stimuli and their effects or impacts [32,33,34,35], is urgently needed. Many stakeholders strive to build adaption capacity to climate change.
At the national level, several environmental-related policies, programs and strategies have been developed to support climate change adaptions [36,37]. China issued the China’s National Climate Change Program (CNCCP) in 2007 (http://www.gov.cn/gongbao/content/2007/content_678918.htm accessed on 1 July 2021), which determined the preliminary adaptation measures that could be taken to protect agriculture, water resources, and other assets, thus setting priorities for China’s climate change adaptation activities [38]. At the local government level, countermeasures are often more specific and practical. Many small-scale hydraulic engineering projects have been constructed by local governments over the past decades to guarantee the irrigation. This is an adaption to water shortage caused by the increasing evapotranspiration under climate warming [39,40]. Moreover, in response to temperature increase, the use of multiple cropping indices helps to adapt to climate change. For example, Liaoning province obtained higher yield by replacing early maturing variety maize to mid and late maturity [38]. At the farmer household level, people are adapting to climate change by changing crop cultivation time, and selecting different climate-oriented crop species and cultivars [41]. In summary, through joint efforts from the national level to the individual level, we can better mitigate and adapt to the impacts of climate change.

In this study, we analyzed the potential planting boundaries of three main crops in China during the periods of 1961–1990 and 1991–2020 under the background of climate warming. Our study shows that the extreme minimum temperature, mean minimum temperature in the coldest month and the accumulated temperature during the period of 1991–2020 significantly increased compared with those during the period of 1961–1990, both at the weather station level and the regional (province and national) level. The rising temperature caused a northward movement of the potential planting boundaries of these crops. Moreover, the boundaries of winter wheat and spring maize also showed a trend of expansion to high-altitude areas (e.g., the Qinghai–Tibet Plateau), and the boundaries of double and triple rice cropping systems present a western expansion. In general, the boundaries of winter wheat, spring maize, double and triple rice cropping systems changed significantly due to climate warming. Our study presents more accurate and recent results regarding the potential planting northern boundaries of the three main grain crops in China and demonstrates the effect of climate change on them, potentially providing a reference for policy makers seeking to pay more attention and assign greater priority to the design of agricultural strategies adapted for the sake of crops in sensitive regions.

We would like to thank journal editors and anonymous reviewers for improving the manuscript. 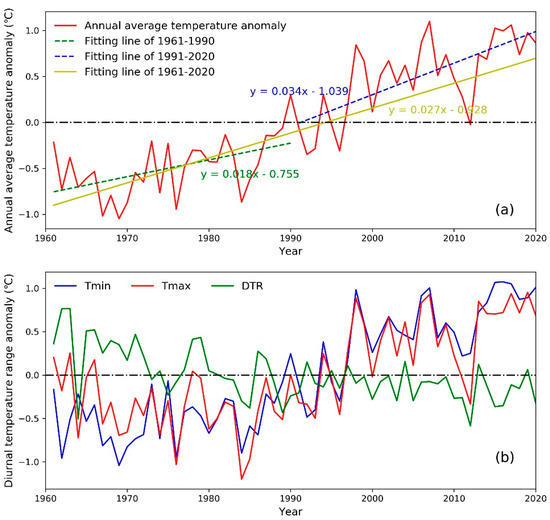 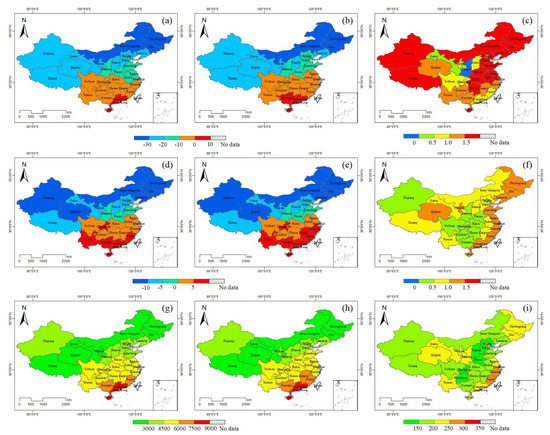 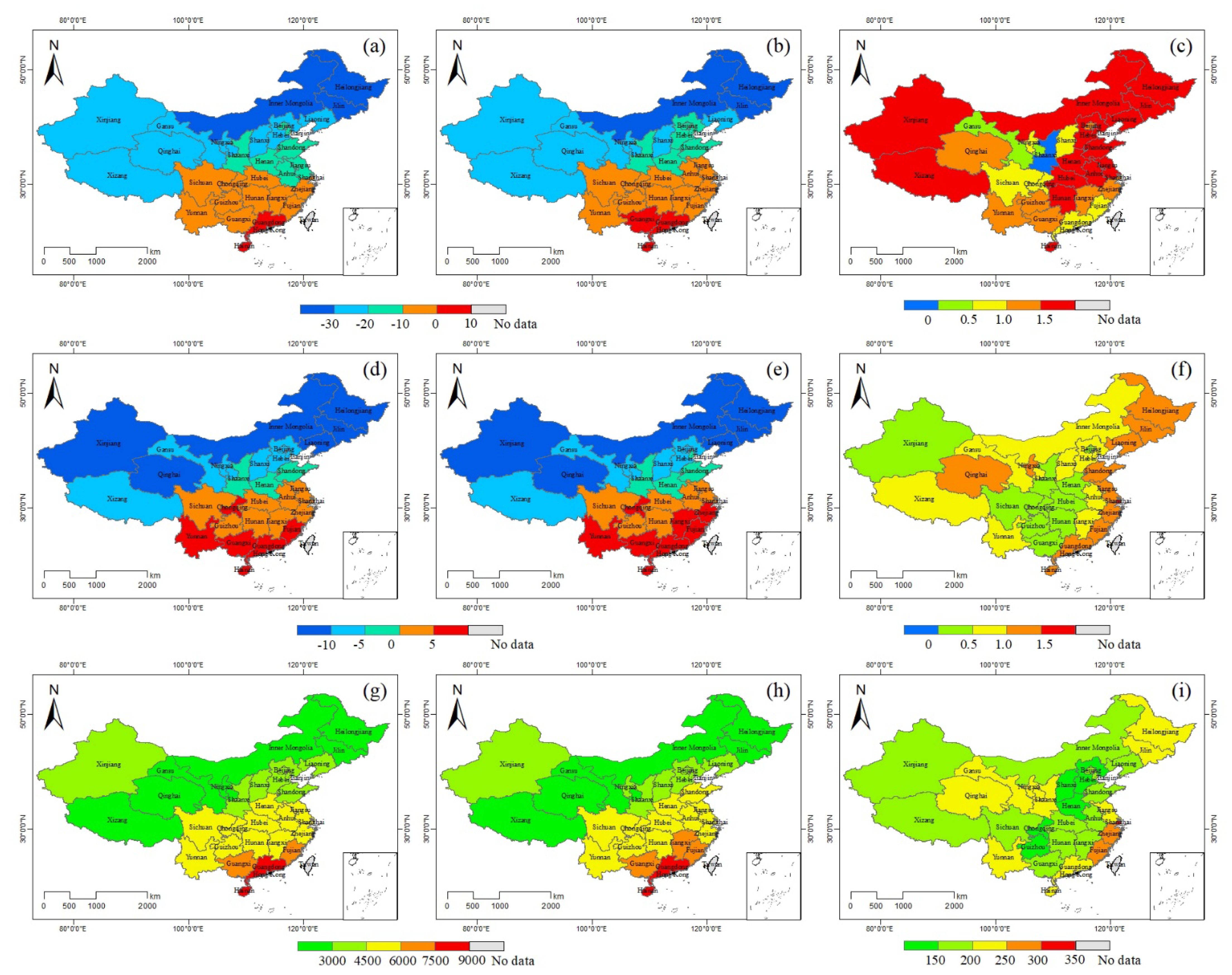 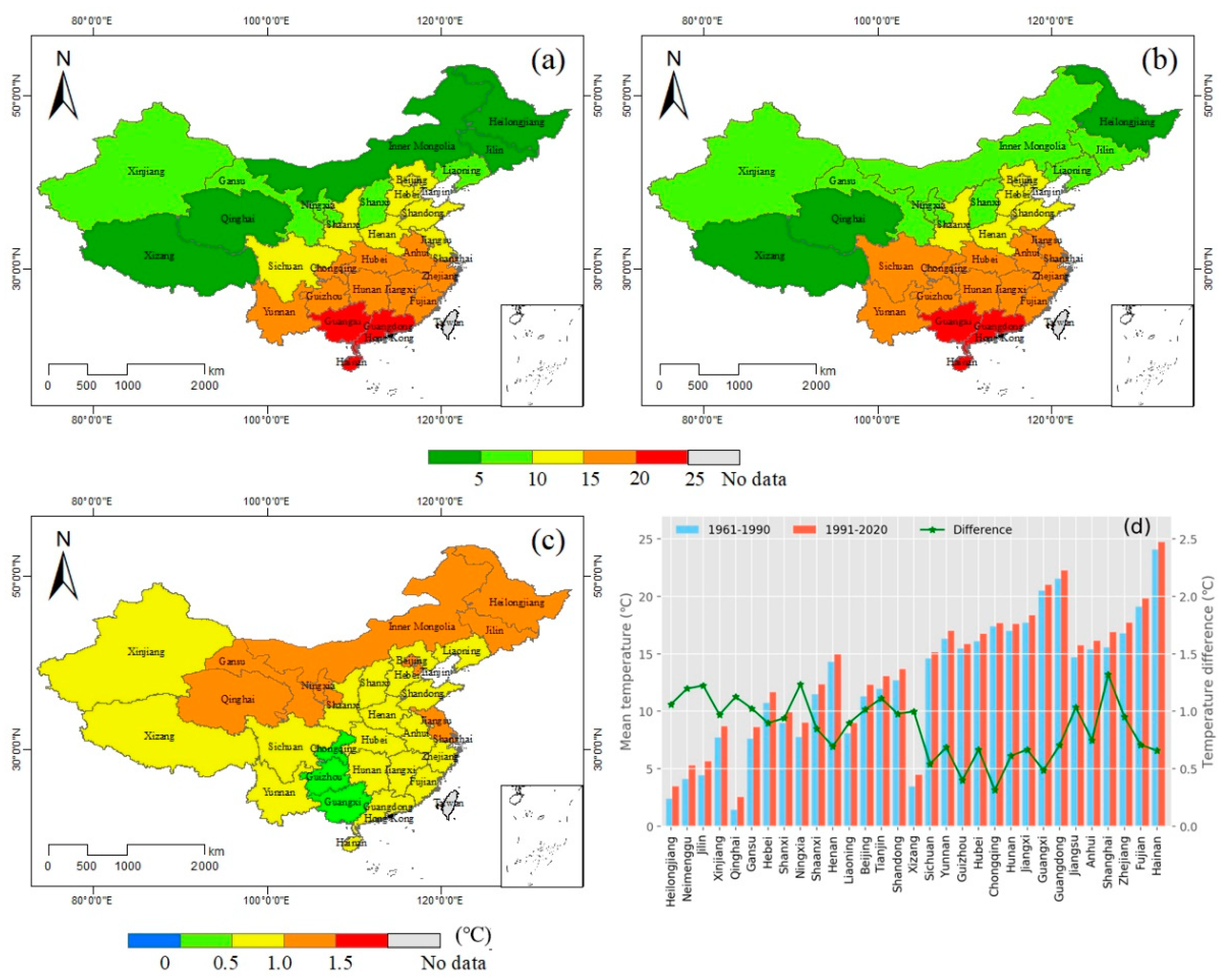 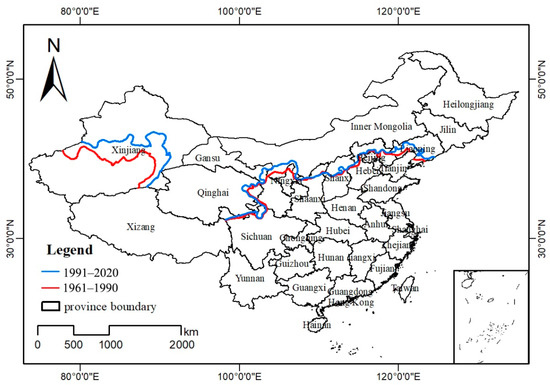 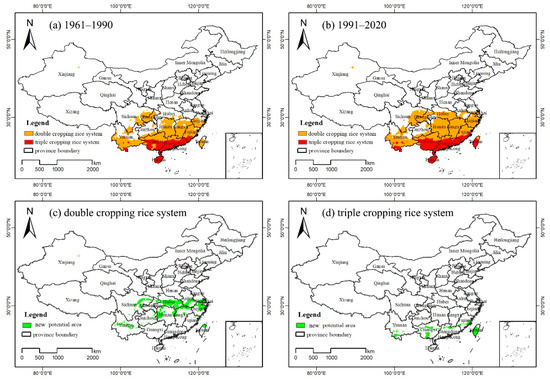 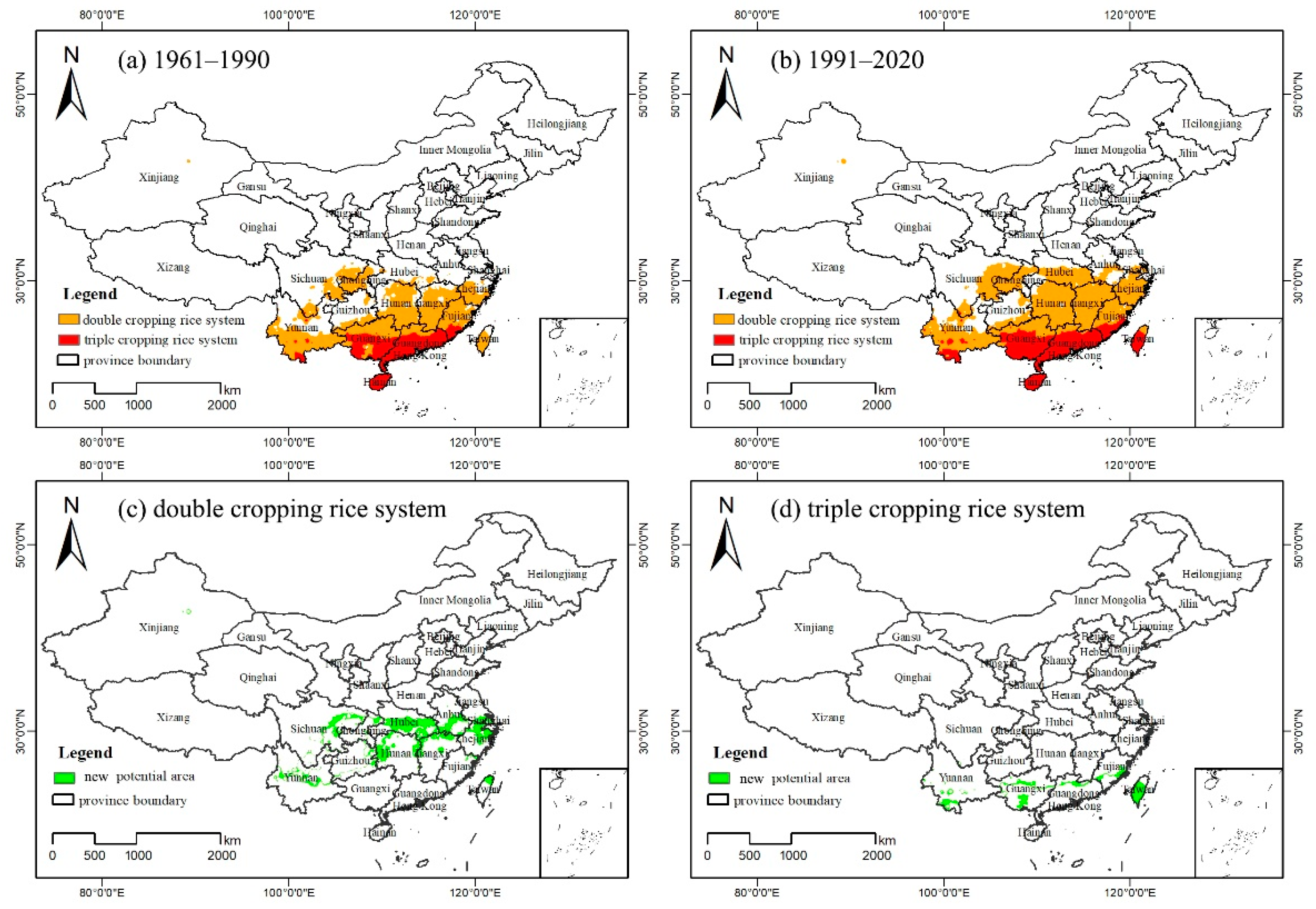