By this in vitro study addressing greenhouse gas (GHG) emissions from soil-plant mesocosms, we suggest a method to investigate the joint effects of environmental conditions, growth of plants, and agricultural soil management. Soils from two long-term agricultural trials in France were placed in climate chambers. The rotation trial was with or without grain legumes, and the tillage trial used plowing or reduced tillage. Environmental conditions consisted of two contrasting temperature regimes combined with ambient (400 ppm) or high (700 ppm) CO2 concentrations in climate chambers. The plant growth went from seeding to vegetative growth. Carbon dioxide gas exchange measurements were conducted in both soil types for a period representing initial plant growth. The CO2 exchange was influenced by the growing plants increasing the mesocosm respiration and gross ecosystem production. The environmental settings had no noticeable impact on the CO2 exchange in the soils from the legume trial. The CO2 exchange from the tillage trial soils exhibited variations induced by the environmental conditions depending on the tillage treatment. The N2O emission measurements in the legume trial soils showed little variability based on rotation, however, in soils with legumes, indications that higher temperatures will lead to more N2O emission were seen. View Full-Text
Keywords: net ecosystem exchange; gross ecosystem production; mesocosm; rotation; soil tillage net ecosystem exchange; gross ecosystem production; mesocosm; rotation; soil tillage
►▼ Show Figures 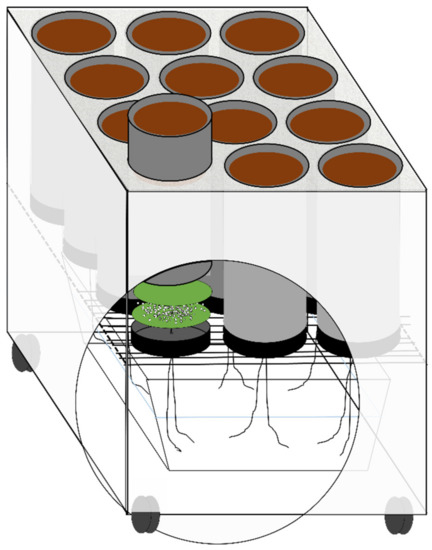