Development of a Solid Bioherbicide Formulation by Spray Drying Technology

Crop culture conditions are one of the important interfaces between food, the environment, and health, and an essential research area for maintaining social-ecological integrity. In recent years, it has been reported that the difference in culture conditions between monoculture with external inputs (in cultura) and self-organized ecological niches (in natura) is significant for the resulting physiological property of plants. It has also been suggested that there exist metabolic proxies in various foods that can separate these two culture conditions, which does not depend on a single component but on the distribution of various compounds. However, little has been studied in a time series of replicated production to quantify the reproducibility of these metabolomic features associated with culture conditions. In this study, we obtained metabolome data of coarse green tea (Camellia sinensis) grown in the same region in Japan under both in cultura and in natura culture conditions over the course of six years, and constructed a list of multiple components that separated the effects of culture conditions by statistical analysis, and estimated the metabolic functions of the compounds that contributed to the separation. The results suggest that naturally grown samples are rich in allelochemicals, such as phytochemicals, alkaloids, phenylpropanoids, steroids, as well as the compounds related to microorganisms and vitamin B6 that imply the interactions with the soil microbiome. The estimated physiological functions of the distinctive compounds suggest that the in natura crop production is not only beneficial with known properties of maintaining ecosystem health such as soil functions and pathogen control, but also for the augmentation of the plant secondary metabolites that support long-term health protective effects. View Full-Text
Keywords: culture condition; secondary metabolites; Synecoculture; Camellia sinensis; sustainable diet culture condition; secondary metabolites; Synecoculture; Camellia sinensis; sustainable diet
►▼ Show Figures 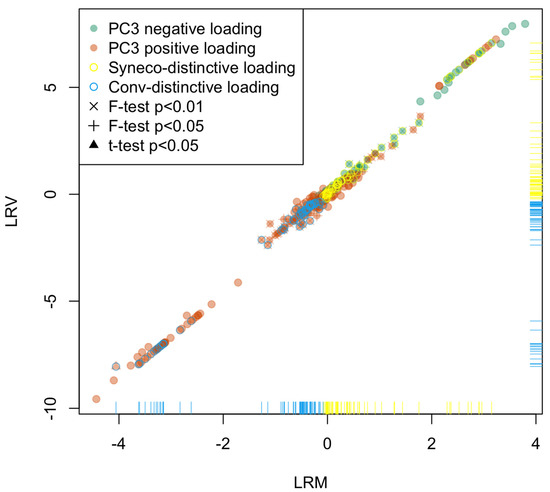