The Effect of a Transdermal Scopolamine Patch on Postoperative Nausea and Vomiting after Retromastoid Craniectomy with Microvascular Decompression: A Preliminary Single Center, Double-Blind, Randomized Controlled Trial 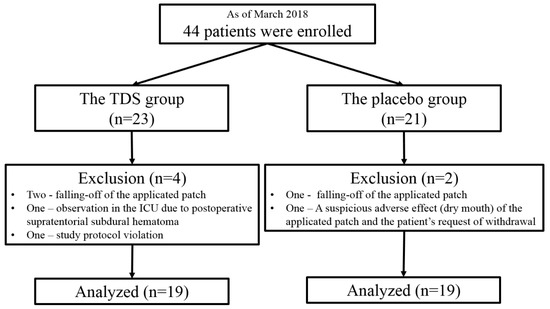