The abnormal activation of the tryptophan catabolites pathway (TRYCATs) is observed in patients suffering from cerebrovascular disease, including stroke. A previous study confirmed that lower bioavailability of tryptophan for serotonin synthesis was characterized in the patients during the acute stroke phase. Interestingly, according to various studies, polymorphisms of the genes involved in the TRYCATs pathway may modulate the risk of stroke occurrence. Therefore, this study aimed to investigate the association between the occurrence of TPH1, TPH2, KAT1, KAT2 and IDO1 polymorphisms and the risk of stroke development.The following 10 polymorphisms of the genes encoding enzymes of the TRYCATs pathway were selected: c.804-7C > A (rs10488682), c.-1668T > A (rs623580), c.803+221C > A (rs1800532), c.-173A > T (rs1799913) – TPH1, c.-1449C > A (rs7963803), and c.-844G > T (rs4570625) – TPH2. c.*456G > A of KAT1 (rs10988134), c.975-7T > C of KAT2 (rs1480544), c.-1849C > A (rs3824259) and c. -1493G > C (rs10089084) of IDO1. The study was carried out on DNA isolated from the peripheral blood taken from 107 patients after a stroke and 107 healthy volunteers. All DNA samples were genotyped using TaqMan probes. The genotypes of eight studied polymorphisms modulated the risk of stroke. No significant difference in genotype and allele frequencies of the c.804-7C > A –TPH1 (rs10488682) and c.*456G > A – KAT1 (rs10988134) polymorphisms were found between patients and controls. Having performed haplotype and gen-gen analyses, it was possible to determine that patients after a stroke and controls differed in terms of the frequency of selected genotypes and haplotypes. Among the studied polymorphisms, eight SNPs were linked with stroke risk modulation. The results obtained confirmed our hypothesis regarding the involvement of the TRYCATs pathway in the pathogenesis of stroke. View Full-Text
Keywords: stroke; TRYCATs; tryptophan; polymorphism stroke; TRYCATs; tryptophan; polymorphism
►▼ Show Figures 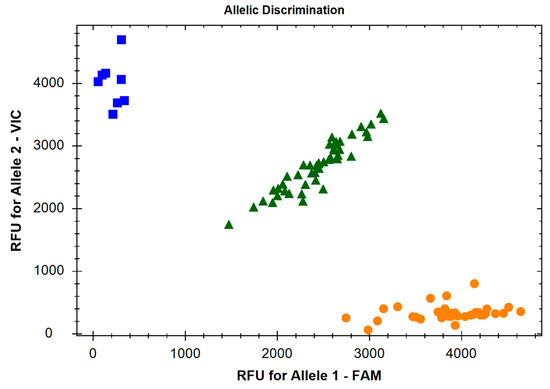