The plasmid-mediated extended-spectrum β-lactamases (ESBLs) and AmpC β-lactamases in Enterobacter spp. have increasingly been reported. In this study, we investigated the prevalence of the plasmid-mediated β-lactamases in Enterobacter cloacae from bloodstream isolates at a medical center in southern Taiwan. ESBL and ampC genes were detected by PCRs and DNA sequencing. Conjugation experiments were conducted to confirm the transferability of the genetic resistance trait. Among 41 non-repetitive blood isolates of cefuroxime-resistant E. cloacae, eight isolates exhibited ESBL phenotype confirmed by double-disk synergistic tests. Nearly all the strains were susceptible to carbapenems. The prevalence rate of the plasmid-mediated blaampC genes was 73% (30/41), including one blaDHA-1, one blaMIR-6, two novel blaCMH-1 genes and other blaACT-like genes. Coexistence of plasmid-mediated blaACT and ESBL genes (10 with blaSHV-12 and one with blaCTX-M-3) was observed. Successful transmissions of the blaACT and blaCMH-1 were demonstrated in some transconjugants. The inducible or derepressed CMH-1 had expanded activity of isolates versus ceftazidime. Enterobacterial repetitive intergenic consensus (ERIC)-PCR analysis and pulsotype showed distinct patterns suggesting non-clonal relationship. In conclusion, plasmid-mediated blaACT-like ampC genes in E. cloacae isolates have been highly prevalent in southern Taiwan and may continue genetic evolution, contributing to the complexities in antibiotic-resistant mechanisms. View Full-Text
Keywords: ACT; ampC gene; CMH-1; Enterobacter cloacae; plasmid ACT; ampC gene; CMH-1; Enterobacter cloacae; plasmid
►▼ Show Figures 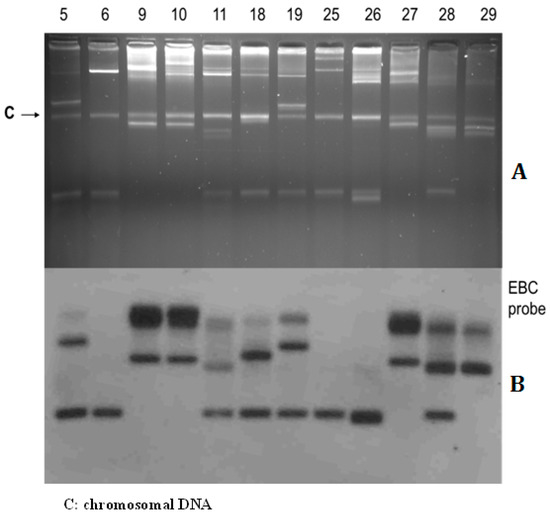