Prevention and Treatment of Peritoneal Metastases from Gastric Cancer

Motivational factors are among the most important determinants of undertaking and participating in physical activity. An adequate measurement of motivation and the assessment of its initial characteristics form the basis for possible further practical interventions of a compensatory or promotional nature. Considering the above, the main aim of this study was to assess the psychometric properties of the Polish version of the Goal Orientation in Exercise Measure (GOEM), and to determine the association between the task and the ego orientations and selected components of physical activity, i.e., frequency of undertaking, declared time per session and time spent on physical activity. In addition to the typical indices of psychometric assessment, an analysis of the reliability of test items by applying the item response theory (IRT) model was also presented. The study included 318 individuals (173 females, 145 males), aged 21 years on average, undertaking recreational physical activity. The GOEM scale by Petherick and Markland (2008) was used. The model of the Polish version of the GOEM scale fitted the empirical data well (CFI = 0.955). Satisfactory reliability indices were also obtained (task subscale: alpha = 0.83, omega = 0.83; ego subscale: alpha = 0.86, omega = 0.86). Reliability, as assessed by the test-retest method, was ICC = 0.80 for the task subscale and ICC = 0.87 for the ego subscale. The IRT analysis showed that the ego subscale was more precise in the middle level of the trait, while the task subscale provided more information in the low and middle level of the trait and relatively little information in the high level of the trait. The positive associations of the task subscale with the frequency of physical activity and the time spent in a single exercise session were also noted.
Keywords: physical activity; goal orientation; validity; GOEM physical activity; goal orientation; validity; GOEM

The study included 318 individuals (173 females, 145 males) with an average age of 21.05 (SD = 2.21), undertaking recreational physical activity. The individuals covered by the study declared that they have undertaken physical activity e.g., for health, appearance, etc. on average 4.12 times per week. The average duration of a training session was 77.7 min, while the average length of time since they began regularly exercising was 86.5 months. They participated in the following disciplines: running, football, gym workout, swimming, dancing, cycling, aerobics, fitness, volleyball, yoga and basketball. The questionnaires were filled out by young people who were firstly verified as participants in different forms of physical activity, both in the academic area and in other areas of physical activity (e.g., fitness centers or other organized groups). The samples were gathered via the internet, mostly during live online meetings which enabled eventual support from researchers. Information about the ongoing study and an invitation to participate was passed along by instructors and coaches associated with the Poznań University of Physical Education.

The Goal Orientation in Exercise Measure (GOEM) questionnaire by Petherick and Markland [13] was used. The scale is used for ego and task goal orientation measurement in the area of physical activity. It consists of 10 statements, where 5 relate to the ego orientation and 5 to the task orientation. Each statement is accompanied by a five-point scale on which the respondent indicates their degree of agreement with the statement. A more detailed description of the scale construction is presented in the introduction to this paper. The research was conducted anonymously on the Internet (online questionnaire). Each respondent received information indicating that the study is voluntary, anonymous, and the results will be used only for scientific purposes. According to the bioethics committee’s opinion, this type of research does not require formal consent. The scale was translated into Polish by an English language expert. Another English expert performed the back-translation of the scale. Then the committee of three sports psychologists and one English translator agreed on the final version of the scale.
Questions on age, gender, and some components of physical activity were included before the main questionnaire items. Respondents were asked how many times a week they undertake physical activity for health, beauty, etc. (not related to professional sports), how long on average one training session takes, and how long they have been exercising (how many years and months).
In order to assess the test reliability, some participants were surveyed twice at a two-week interval. A total of 171 respondents completed the questionnaire for the second time.

Confirmatory factor analysis was used to verify the theoretical validity of the scale. Due to the failure to satisfy the multivariate normality of the distribution, the robust Satorra–Bentler chi-square test was conducted. CFI, TLI and NFI values above 0.95 (or 0.90 based on less restrictive criterion) and RMSEA below 0.08 are assumed to indicate a satisfactory fit of the model to the data [22,23]. Additionally, measurement invariance across gender was tested. First, configural invariance (factor structure consistency) was tested, followed by metric invariance (factor loading consistency), and then scalar invariance (fixed intercept), as well as strict invariance (fixed residual). It was assumed that a decrease in CFI below 0.01 and an increase in RMSEA above 0.015 indicated a lack of measurement equivalence [24].
Cronbach’s alpha and McDonald’s omega coefficients for each subscale were calculated to determine the scale reliability. The reliability was also tested by the test-retest at a two-week interval. The study was conducted on a group of 171 subjects. The intraclass correlation coefficient (ICC) was used to determine correlations between measurements. Additionally, in order to compare the obtained results with those obtained by other researchers, the Pearson correlation coefficient was assessed.
To assess the quality of the test items, the item–rest discriminatory power coefficient and the item response theory model (IRT) (generalized partial credit model) were used. The high value of the information function of the IRT model compared to other values, and the high-hanging line on the graph for a given test item indicate a significant amount of information provided by the item for different levels of trait. Flat and low-hanging lines, and smaller values of the information function indicate lower reliability of the test item (providing less information) [25,26].
The Pearson correlation coefficient was used to assess the correlation between goal orientation and the physical activity components (frequency of undertaking per week, length of one exercise session in minutes, and overall exercise experience in months). In addition to the p-value, a 95% confidence interval constructed by using the percentile bootstrap method was presented (5000 samples were used). Multiple regression was used to estimate the association between physical activity components and goal orientation under control of age in gender, in total. It was assumed that the components of physical activity are dependent variables, while ego/task orientation, age and gender are independent variables. The t-test for independent data was used to compare men and women in terms of goal orientation. R package (4.04 version, R Fundation for Statistical Computing, Vienna, Austria), SPSS (27 version, Armonk, IBM Corp., New York, NY, USA) and Statistica (13.3. version, TIBCO StatisticaTM, Palo Alto, CA, USA) software were used for the analyses.

The model of the Polish version of the GOEM scale obtained a good fit for the empirical data (Figure 1, Table 1).

All models obtained a relatively good fit to the data (Table 2). Model 1 obtained a good fit to the data and it indicated a configural invariance across genders. Analysis of the CFI and RMSEA differences between adjacent models indicated that there are no differences between model 1 and model 2. It can be concluded that the metric equivalence of measurement has been achieved. Next, the scalar invariance was tested. Based on the changes in CFI between model 2 and model 3 (decrease greater than 0.01), it can be concluded that scalar equivalence was not obtained, although the changes in RMSEA did not exceed the threshold (0.015). We can conclude that the item intercepts are not similar for people of different genders (Table 3). The intercepts with the highest modification indexes were then released (items 7, 10). There were no highly significant differences between the model with released intercepts (model 4) and the model for metric invariance (model 2) (delta CFI < 0.01). It indicates that partial scalar invariance was obtained. The strict invariance was then tested (additionally fixed residual). No differences between model 4 and model 5 were obtained, which indicate a strict invariance across genders (Table 3). Due to the partial scalar invariance, comparing a latent mean across genders should be treated with caution.
In general, men had higher scores on the ego subscale than women (Women: M = 2.49, sd = 1.03; Men: M = 2.81, sd = 0.95; t(316) = −2.78, p < 0.01, Hedges g = 0.32). There were no significant differences in the scores on the task subscale (Women: M = 4.30; sd = 0.62; Men: M = 4.23, sd = 0.62; t(316) = 1.03, p > 0.05).

3.5. Relations of the Goal Orientation with Physical Activity Components

Statistically significant positive correlations of the task orientation with frequency of physical activity per week, and the length of one training session in minutes, were observed. On the other hand, there were no significant associations between the ego orientation and physical activity components (Table 5). Associations between variables were also demonstrated in regression models, including physical activity components as dependent variables, the ego and the task subscale scores as predictors, as well as the age of subjects and gender as covariates.
The model explains about 3.4 percent of the variance in frequency of undertaking physical activity. A statistically significant positive effect for the task score was obtained (Table 6).
The variables also explain 12.5 percent of the variance in the declared time of one session of physical activity. The positive effect of task orientation and the gender effect for time of one session was also significant (men had higher scores in declared time than women) (Table 7).
The variables also explain about 3.9 percent of the variance in experience in undertaking physical exercise; however, a significant positive effect was observed for age and gender (men had a higher score than women) (Table 8).

The study was anonymous and conducted via the Internet (online questionnaire). Each respondent received information indicating that the study is voluntary, anonymous, and the results will be used only for scientific purposes. According to the bioethics committee’s opinion, this type of research does not require formal consent.

The study was anonymous and conducted via the Internet (online questionnaire). Each respondent was informed that taking part in the research and submitting their results would be treated as the respondent’s consent to participate in the study. 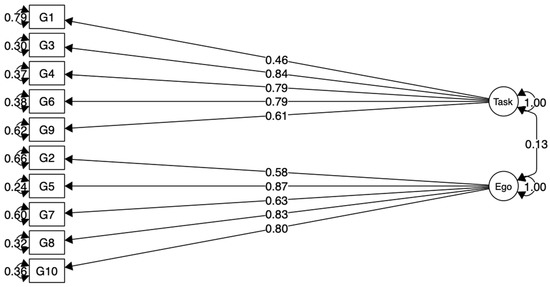 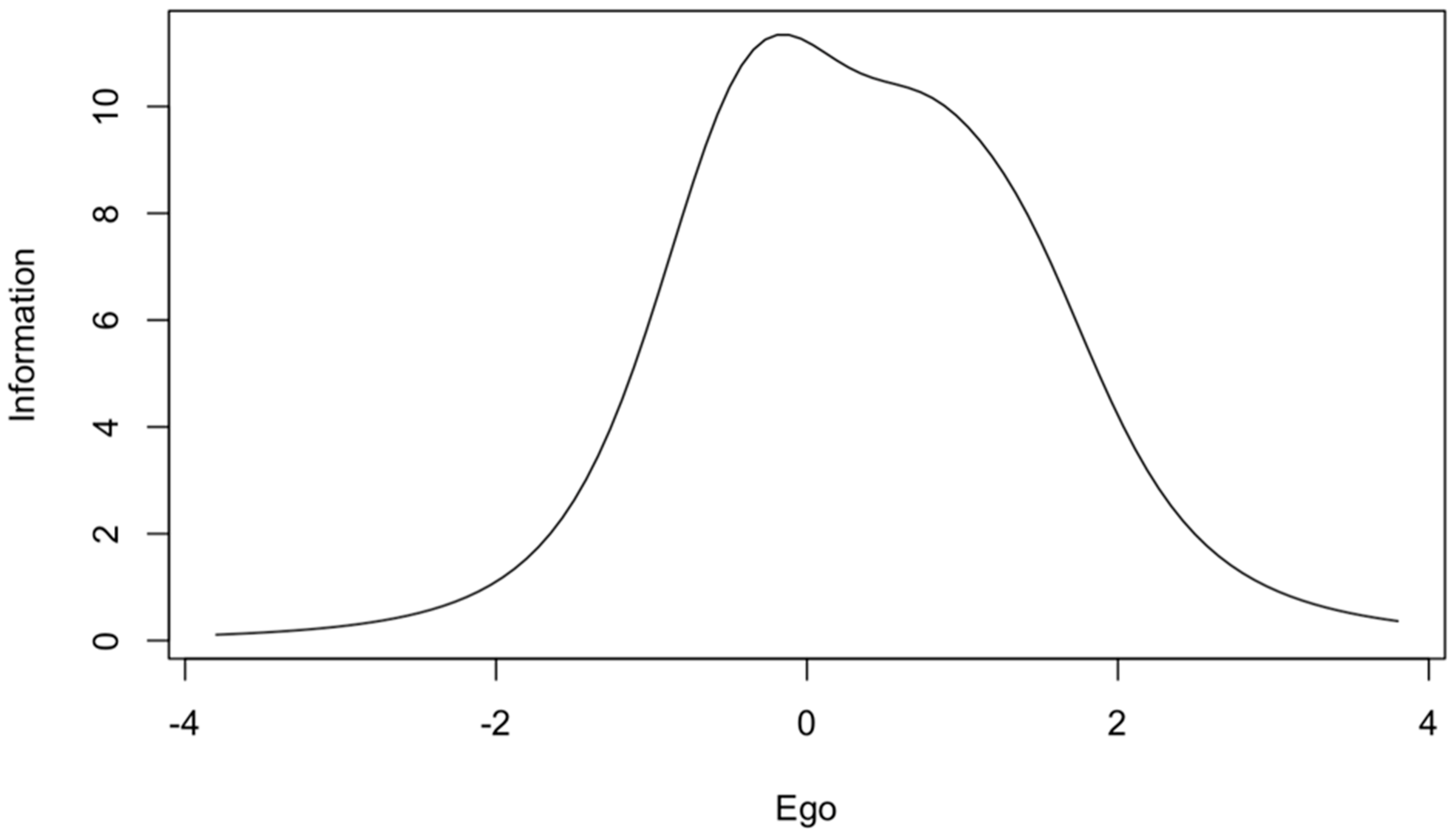 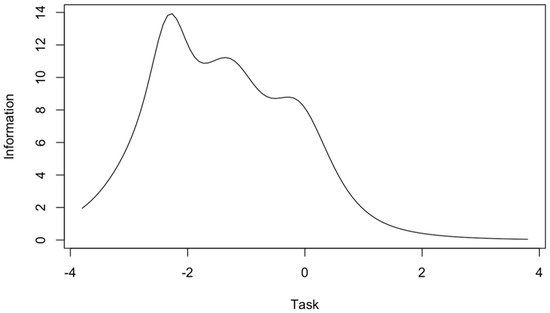 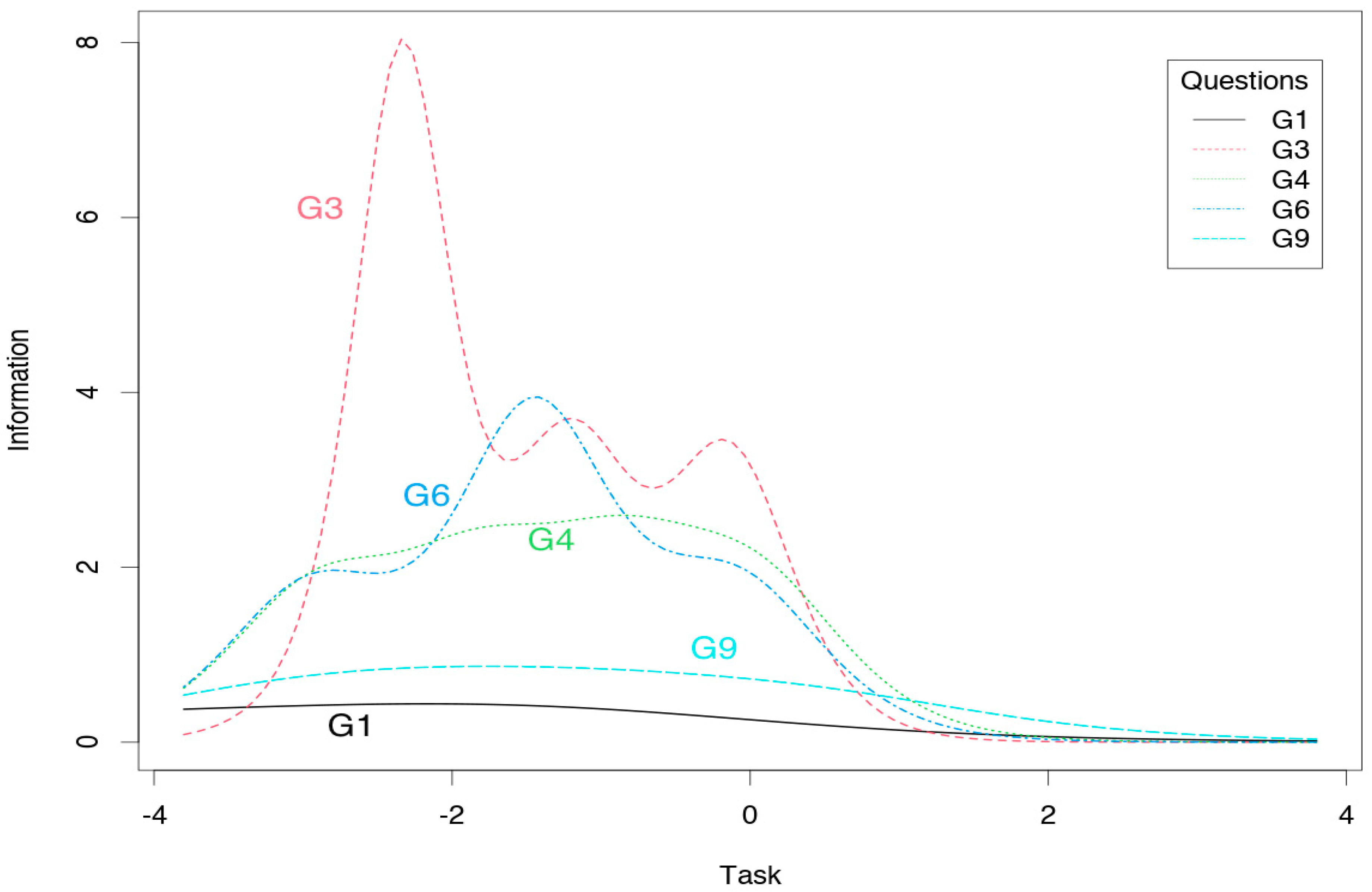