Interferon-Based Biopharmaceuticals: Overview on the Production, Purification, and Formulation

The advent of biopharmaceuticals in modern medicine brought enormous benefits to the treatment of numerous human diseases and improved the well-being of many people worldwide. First introduced in the market in the early 1980s, the number of approved biopharmaceutical products has been steadily increasing, with therapeutic proteins, antibodies, and their derivatives accounting for most of the generated revenues. The success of pharmaceutical biotechnology is closely linked with remarkable developments in DNA recombinant technology, which has enabled the production of proteins with high specificity. Among promising biopharmaceuticals are interferons, first described by Isaacs and Lindenmann in 1957 and approved for clinical use in humans nearly thirty years later. Interferons are secreted autocrine and paracrine proteins, which by regulating several biochemical pathways have a spectrum of clinical effectiveness against viral infections, malignant diseases, and multiple sclerosis. Given their relevance and sustained market share, this review provides an overview on the evolution of interferon manufacture, comprising their production, purification, and formulation stages. Remarkable developments achieved in the last decades are herein discussed in three main sections: (i) an upstream stage, including genetically engineered genes, vectors, and hosts, and optimization of culture conditions (culture media, induction temperature, type and concentration of inducer, induction regimens, and scale); (ii) a downstream stage, focusing on single- and multiple-step chromatography, and emerging alternatives (e.g., aqueous two-phase systems); and (iii) formulation and delivery, providing an overview of improved bioactivities and extended half-lives and targeted delivery to the site of action. This review ends with an outlook and foreseeable prospects for underdeveloped aspects of biopharma research involving human interferons. View Full-Text
Keywords: Interferon; biopharmaceutical; recombinant DNA; production; purification; bioprocess development; formulation; excipient; drug delivery system; route of administration Interferon; biopharmaceutical; recombinant DNA; production; purification; bioprocess development; formulation; excipient; drug delivery system; route of administration
►▼ Show Figures 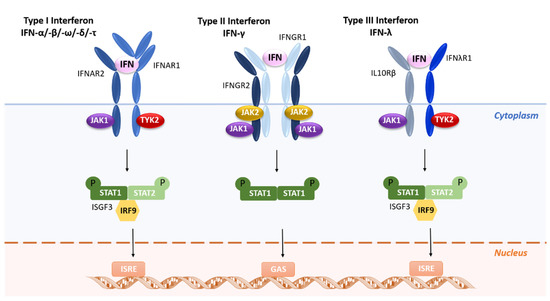