Evolution, Clinical and Microbiological Characteristics of Invasive Pneumococcal Disease since the Introduction of the Pneumococcal Conjugate Vaccine 13-Valent in Adults over 18 Years Old
Previous Article in Special Issue

Immunotherapeutic Strategies for Neuroblastoma: Present, Past and Future

Current Advances of Nitric Oxide in Cancer and Anticancer Therapeutics

Nitric oxide (NO) is a short-lived, ubiquitous signaling molecule that affects numerous critical functions in the body. There are markedly conflicting findings in the literature regarding the bimodal effects of NO in carcinogenesis and tumor progression, which has important consequences for treatment. Several preclinical and clinical studies have suggested that both pro- and antitumorigenic effects of NO depend on multiple aspects, including, but not limited to, tissue of generation, the level of production, the oxidative/reductive (redox) environment in which this radical is generated, the presence or absence of NO transduction elements, and the tumor microenvironment. Generally, there are four major categories of NO-based anticancer therapies: NO donors, phosphodiesterase inhibitors (PDE-i), soluble guanylyl cyclase (sGC) activators, and immunomodulators. Of these, NO donors are well studied, well characterized, and also the most promising. In this study, we review the current knowledge in this area, with an emphasis placed on the role of NO as an anticancer therapy and dysregulated molecular interactions during the evolution of cancer, highlighting the strategies that may aid in the targeting of cancer. View Full-Text
Keywords: immunotherapy; nitric oxide; prostate cancer; castration; checkpoint inhibitors immunotherapy; nitric oxide; prostate cancer; castration; checkpoint inhibitors
►▼ Show Figures 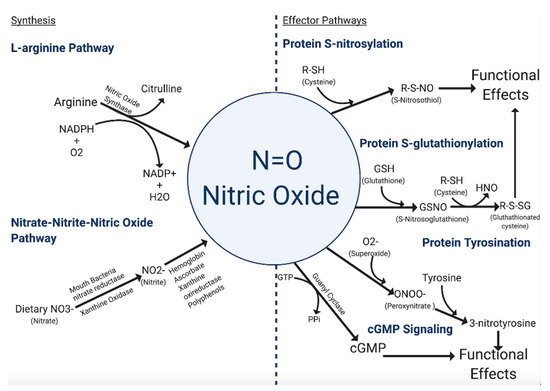