Resuspendable Powders of Lyophilized Chalcogen Particles with Activity against Microorganisms

In conclusion, special nanoparticles such as cerium oxide nanoparticles (nanoceria) appear to be a promising and powerful tool for the development of a nanoparticle-based redox-directed combinational anticancer therapy in the (near) future that is accessible to all classes of society. Such an approach may combine the high efficacy of chemotherapeutical drugs, such as the anthracyclines, with the drug supporting effect (on tumor cells) and protecting potential (on normal cells) of bifunctionally active nanoparticles. However, more data from animal models and current and future clinical trials will show whether the nanomedicine will meet the expectations generated by the recent promising results in cancer research as well as in other fields including neurodegeneration.

Peter Brenneisen is working on ROS effects and the effect of redox-active nanoparticles in tumor-stroma interactions. He is mainly responsible for the idea and the content of that article. Andreas S. Reichert is working on mitochondrial morphology and mitochondrial dynamics in health and disease. He provided complementary aspects which strengthen the proposed opinion. 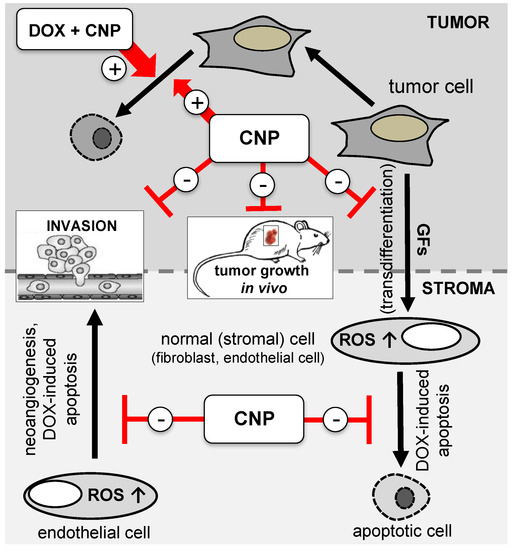