Anoctamin 3: A Possible Link between Cluster Headache and Ca2+ Signaling

Cluster headache is a severe primary headache characterized by extremely painful attacks of unilateral headache. Verapamil is commonly used as a prophylactic treatment with good effect. In order to search for new pathways involved in the pathophysiology of cluster headache, we analyzed genetic variants that were previously linked to verapamil response in migraine in a Swedish cluster headache case-control sample. We used TaqMan qPCR for genetic screening and performed a gene expression analysis on associated genes in patient-derived fibroblasts, and further investigated which reference genes were suitable for analysis in fibroblasts from cluster headache patients. We discovered a significant association between anoctamin 3, a gene encoding a calcium-activated ion channel, and cluster headache. The association was not dependent on verapamil treatment since the associated variant, rs1531394, was also overrepresented in patients not using verapamil. No difference was found in the anoctamin 3 gene expression between controls and patients. Also, we determined that TBP, IPO8 and PDHB were suitable reference genes in cluster headache fibroblasts. This finding is the first report of an association between a variant in a gene encoding an ion-channel and cluster headache, and the first significant genetic evidence of calcium involvement in cluster headache pathophysiology. View Full-Text
Keywords: rs1531394; ANO3; TMEM16C; C11ORF25; ITGAL; fibroblast; expression; reference gene rs1531394; ANO3; TMEM16C; C11ORF25; ITGAL; fibroblast; expression; reference gene
►▼ Show Figures 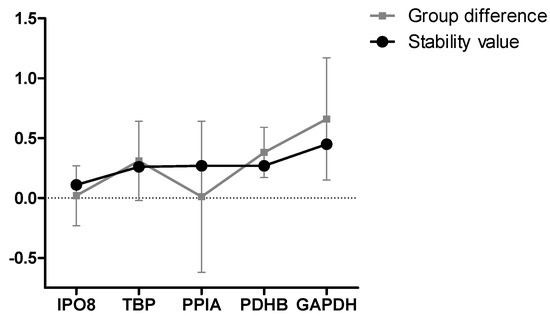