The Limiting Case of Amodal Completion: The Phenomenal Salience and the Role of Contrast Polarity
Previous Article in Special Issue

Deep brain stimulation (DBS) of the anterior cingulate cortex (ACC) was offered to chronic pain patients who had exhausted medical and surgical options. However, several patients developed recurrent seizures. This work was conducted to assess the effect of ACC stimulation on the brain activity and to guide safe DBS programming. A sensing-enabled neurostimulator (Activa PC + S) allowing wireless recording through the stimulating electrodes was chronically implanted in three patients. Stimulation patterns with different amplitude levels and variable ramping rates were tested to investigate whether these patterns could provide pain relief without triggering after-discharges (ADs) within local field potentials (LFPs) recorded in the ACC. In the absence of ramping, AD activity was detected following stimulation at amplitude levels below those used in chronic therapy. Adjustment of stimulus cycling patterns, by slowly ramping on/off (8-s ramp duration), was able to prevent ADs at higher amplitude levels while maintaining effective pain relief. The absence of AD activity confirmed from the implant was correlated with the absence of clinical seizures. We propose that AD activity in the ACC could be a biomarker for the likelihood of seizures in these patients, and the application of sensing-enabled techniques has the potential to advance safer brain stimulation therapies, especially in novel targets. View Full-Text
Keywords: deep brain stimulation; anterior cingulate cortex; seizures; after-discharge; local field potential; chronic pain deep brain stimulation; anterior cingulate cortex; seizures; after-discharge; local field potential; chronic pain
►▼ Show Figures 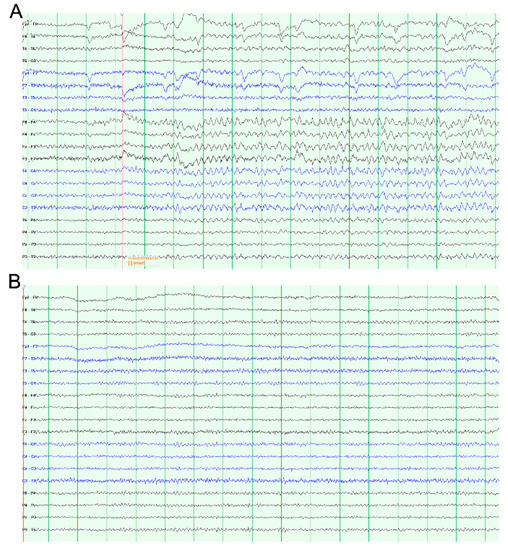