:
The pattern of gait after hip arthroplasty strongly affects regeneration and quality of life. Acoustic feedback could be a supportive method for patients to improve their walking ability and to regain a symmetric and steady gait. In this study, a new gait sonification method with two different modes—real-time feedback (RTF) and instructive model sequences (IMS)—is presented. The impact of the method on gait symmetry and steadiness of 20 hip arthroplasty patients was investigated. Patients were either assigned to a sonification group (SG) (n = 10) or a control group (CG) (n = 10). All of them performed 10 gait training sessions (TS) lasting 20 min, in which kinematic data were measured using an inertial sensor system. Results demonstrate converging step lengths of the affected and unaffected leg over time in SG compared with a nearly parallel development of both legs in CG. Within the SG, a higher variability of stride length and stride time was found during the RTF training mode in comparison to the IMS mode. Therefore, the presented dual mode method provides the potential to support gait rehabilitation as well as home-based gait training of orthopedic patients with various restrictions.
Keywords:
gait sonification; acoustic feedback; hip arthroplasty; real-time sonification; acoustic model; rehabilitation; motor relearning

In the present study, a clear and succinct sound setting was developed and applied, primarily to readjust the patients’ gait symmetry by augmented feedback within a time sensitive perceptual system (RTF) and calibrating the internal symmetry model via IMS. It has been shown that the step lengths of the affected and unaffected leg converged over time in SG compared to a nearly parallel development of both legs in CG. Additionally, in SG a higher variability of stride length and stride time during the RTF training mode compared to the IMS mode was found. The results suggest that the new method is a promising approach, which in future could support gait rehabilitation as well as home-based gait training. Sonification allows for multiple motion sounds and varying motion-sound mappings and therefore, different gait sonification settings and their effects on the gait pattern of orthopedic patients should be examined in future investigations. The introduced method of kinematic gait sonification based on wireless inertial sensors can be easily combined with a variety of already developed motor rehabilitation settings for an enhancement of effectiveness.

This research was funded by the Federal Ministry for Economic Affairs and Energy (Bundesministerium für Wirtschaft und Energie, BMWi), grant number KF2558304LW4. The APC was funded by the Open Access Fund of the Leibniz Universität Hannover.

This research project was generously supported by the rehabilitation clinic ‘Klinik Niedersachsen’, Bad Nenndorf, Germany. In particular, thanks to Helmut Tostmann (head physician of the orthopaedic department) and Ralf Rudolph (head of the physiotherapeutic department) for organizational support. We would also like to thank the cluster system team at the Leibniz University of Hanover as well as our student co-workers Christian Spreckelmeyer and Vincent Michalke for their excellent assistance. 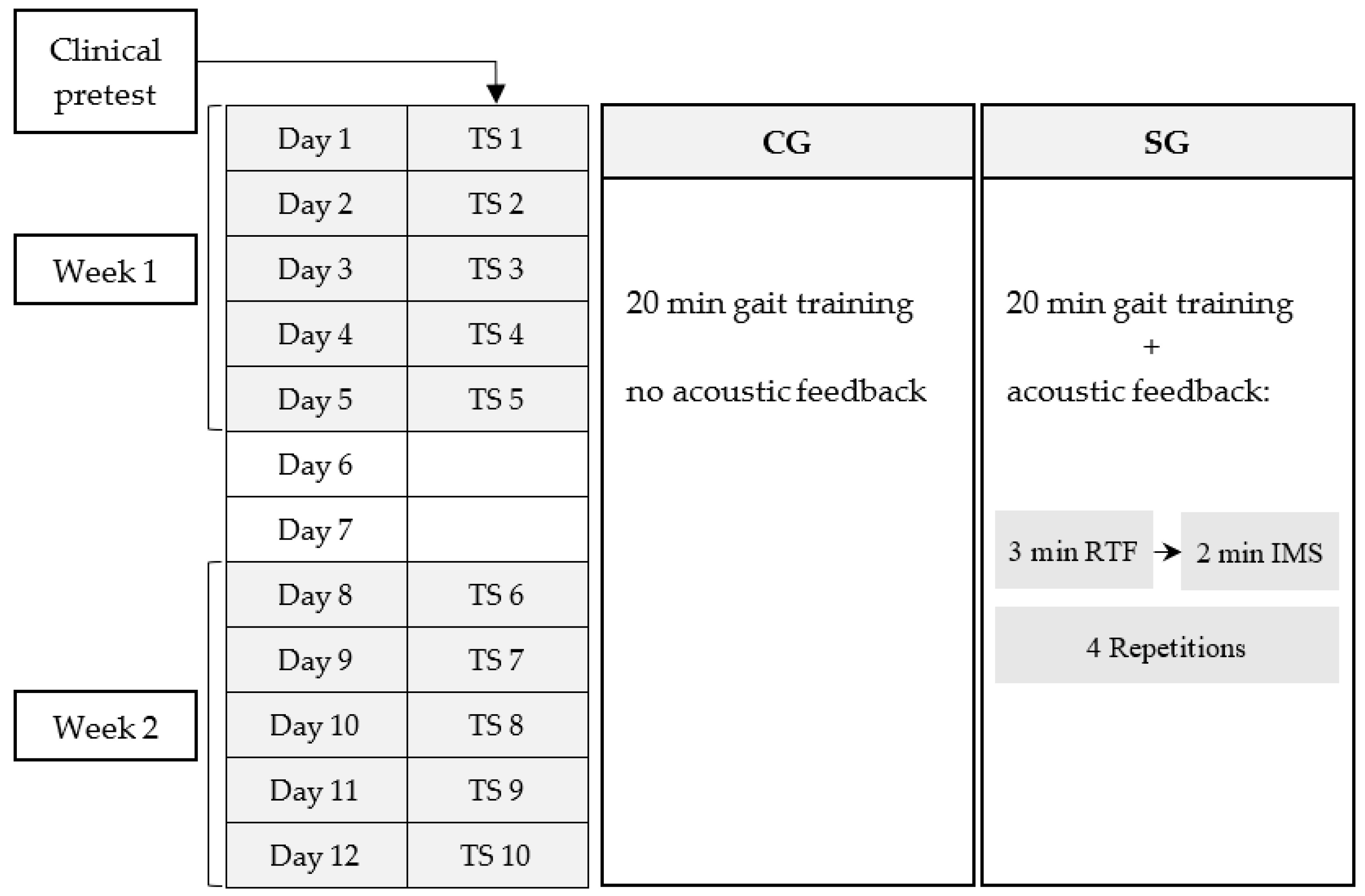 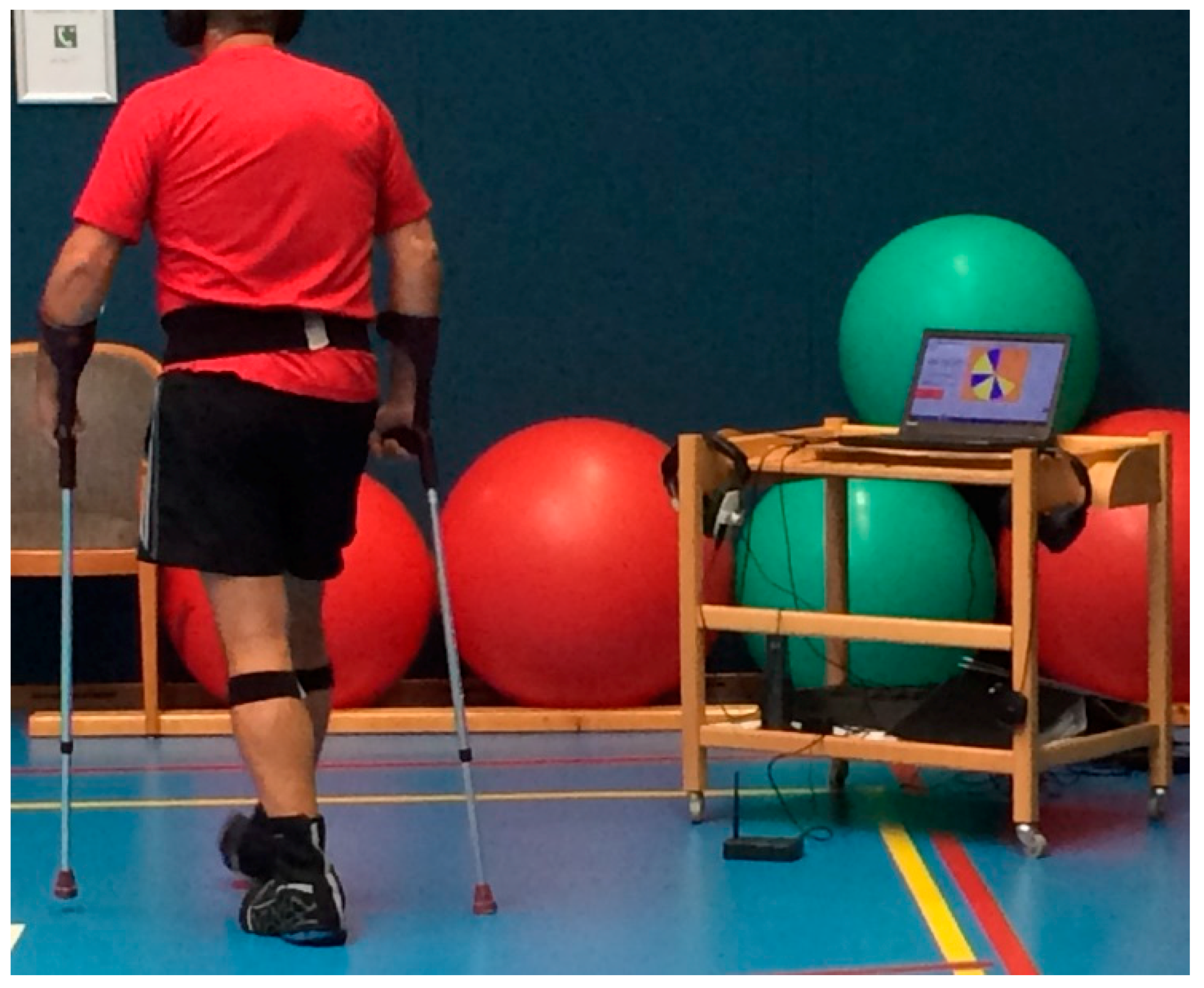 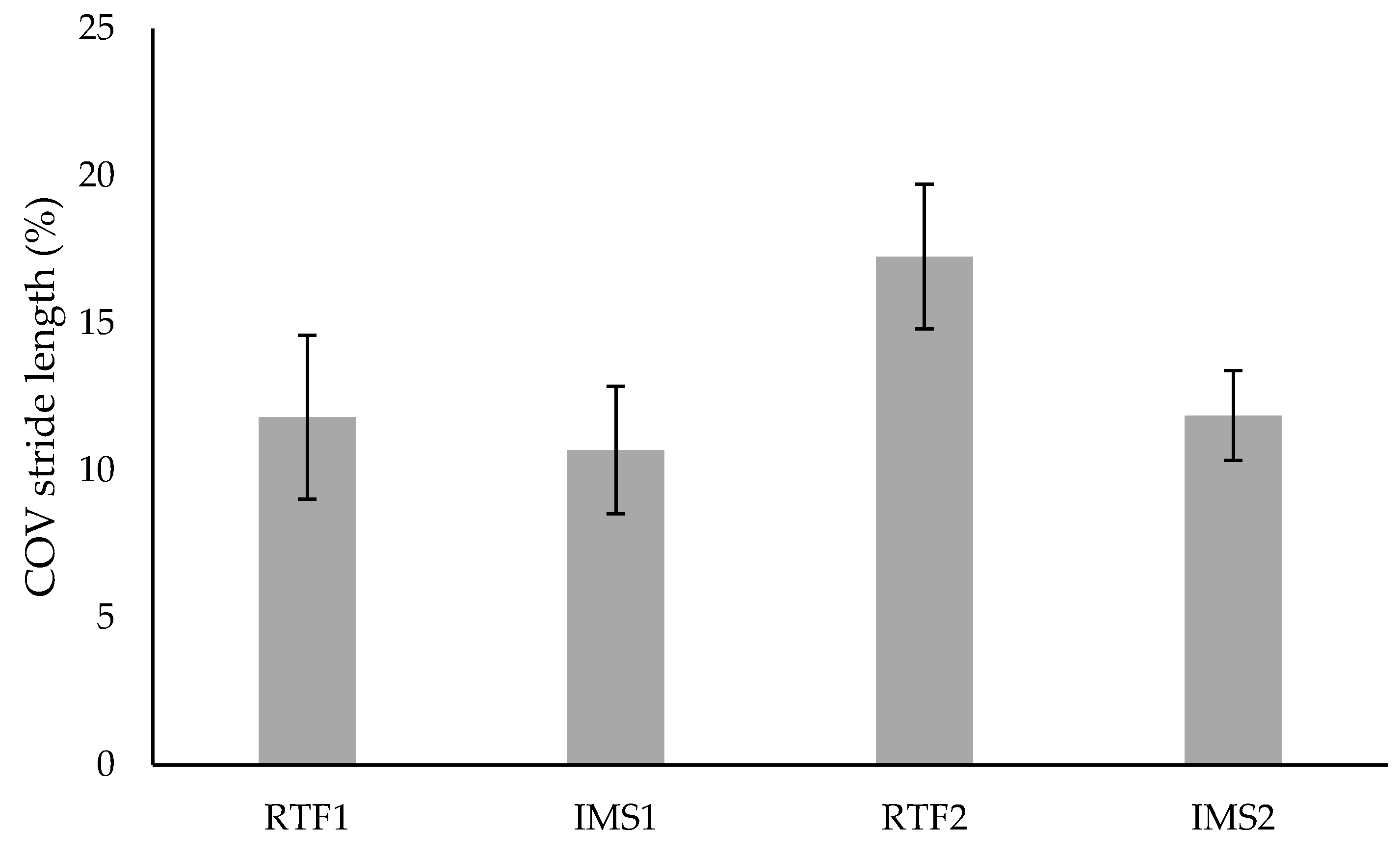 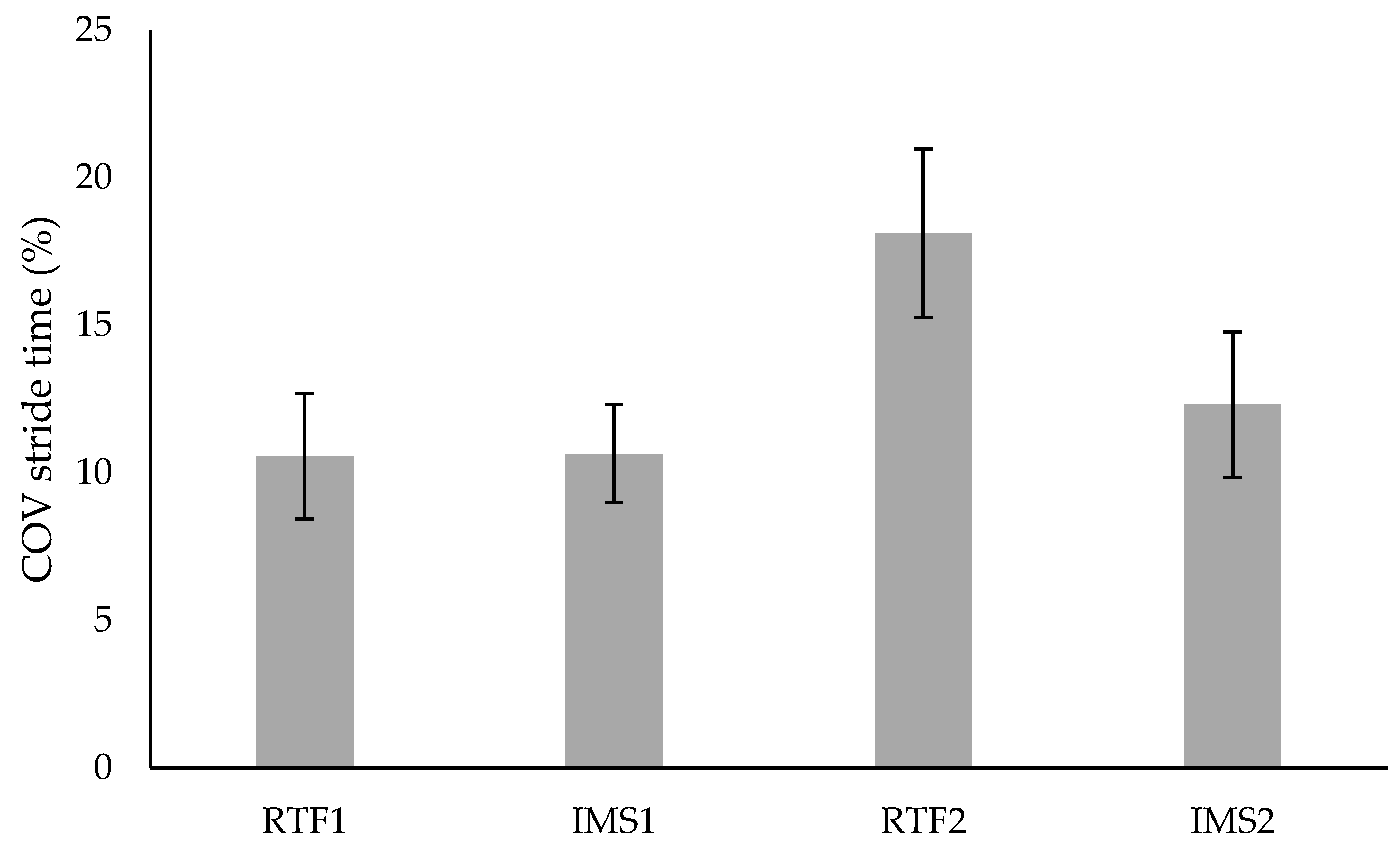