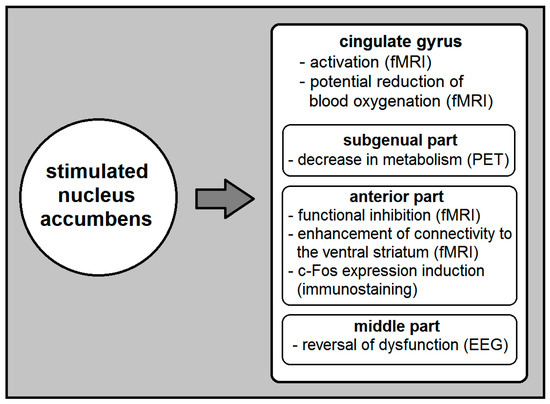 
Mavridis IN. How Deep Brain Stimulation of the Nucleus Accumbens Affects the Cingulate Gyrus and Vice Versa. Brain Sciences. 2019; 9(1):5.