Efficacy of Dronabinol for Acute Pain Management in Adults with Traumatic Injury: Study Protocol of A Randomized Controlled Trial

Do Adolescents Use Substances to Relieve Uncomfortable Sensations? A Preliminary Examination of Negative Reinforcement among Adolescent Cannabis and Alcohol Users

Adolescent participants (n = 47, ages 15–17) were recruited through local high schools by flyers that advertised an adolescent neuroimaging research study consisting of a clinical interview and neuroimaging session. The University of California San Diego Human Research Protections Program approved the study protocol. Adolescent participants provided assent and informed consent was obtained from one parent or legal guardian prior to study enrollment. Participants were excluded if they endorsed any of the following: (1) lifetime Diagnostic and Statistical Manual (DSM-5) of Mental Disorders psychiatric disorder (other than substance use disorder, SUD); (2) current use of psychoactive medications; (3) history of major neurological or medical disorder; (4) head injuries or loss of consciousness > 5 min; (5) irremovable metal in body; (6) pregnancy; (7) non-correctable vision or hearing problems; (8) premature birth or prenatal alcohol/drug exposure; (9) left handedness; or (10) claustrophobia. Eligible participants received financial compensation for their participation.
The final sample consisted of 18 controls with very minimal histories of substance use (CTL; cannabis/alcohol maximum lifetime use episodes of 3 each, nicotine maximum lifetime use episodes of 10; 13M, 5F), 16 cannabis and alcohol experimenters (CAN+ALC-EXP; 12M, 4F), and 13 who met criteria for cannabis and/or alcohol use disorder (CAN+ALC-SUD; 9M, 4F). SUD group classification required a report of cannabis or alcohol use within the past three months, current endorsement of 2 or more DSM-5 SUD criteria for either cannabis or alcohol, and fewer than 15 lifetime uses of other drugs except for nicotine (see Table 1 for diagnostic details). On average, CAN+ALC-SUD participants reported 467 lifetime cannabis uses and 131 lifetime alcohol uses. CAN+ALC-EXP group classification required a report of no substance use history other than alcohol, cannabis, or nicotine, and no current or lifetime endorsement of DSM-5 SUD criteria. CAN+ALC-EXP reported significantly less cannabis (t(12.48) = −5.31, p < 0.001) and alcohol use (t(12.28) = −3.12, p < 0.009) than SUD but significantly more use of these substances than CTL (cannabis: t(15) = −3.46, p = 0.003; alcohol: t(15.06) = −4.29, p = 0.001) (see Table 1).

The clinical interview consisted of the Semi-Structured Assessment for Drug Dependence and Alcoholism (SSADDA; [43]) to assess for the presence of SUD and the Customary Drinking and Drug Use Record (CDDR) [44] to capture quantity of lifetime substance use, age of first use, and last substance use. Participants provided demographic information and a battery of self-report measures to assess characteristics related to SUD including the UPPS Impulsive Behavior Scale [45], the Multi-Dimensional Assessment of Interoceptive Awareness (MAIA) [46], and the Michigan Nicotine Reinforcement Questionnaire (MNRQ) [47]. The MNRQ was modified to assess negative reinforcement principles related to users’ substance of choice rather than nicotine. Each participant was asked to indicate their drug of choice (cannabis, alcohol) and answer the MNRQ questions regarding their experiences with that drug rather than nicotine. The specific questions and scale were not altered.

A linear mixed-effects (LME) analysis (r-project.org) was performed to examine group differences in brain activation. Participants were treated as random effects, while group (CAN+ALC-SUD, CAN+ALC-EXP, CTL), interoceptive condition (no breathing load [anticipation], breathing load), and image type (neutral, substance) were treated as fixed effects. PSC from baseline (trials consisting of neutral and scrambled images and no chance or experience of the breathing load) was the dependent variable. The group main effect was examined to identify differences between CAN+ALC-SUD, CAN+ALC-EXP, and CTL across breathing load and cue image type conditions. The group by image type interaction was conducted to examine group differences while viewing substance images across all interoceptive conditions. The group by interoceptive condition interaction was examined to test hypotheses involving anticipation and receipt of the aversive interoceptive breathing load in CAN+ALC-SUD and CTL. The group by interoception by image type interaction was of interest because it allowed for examination of whether substance users show a blunted response to the aversive interoceptive stimuli when paired with the rewarding substance images. To guard against identifying false-positive areas of activation, a threshold adjustment method was applied using AFNI programs 3dFWHMx and 3dClustSim with the auto-correlation function (acf). The 3dClustSim identified a minimum cluster volume of 1280 µL (20 contiguous voxels) corresponding to a per-voxel p-value of 0.002 (bi-sided, NN = 3) to result in a voxel-wise probability of p < 0.05 (two-sided) corrected for multiple comparisons.

3.2.1. The Group by interoception interaction

This research has been supported in part by NIDA 5P20DA027843, NIH/NIDA U01DA041089, NIH/NIAAA T32AA013525, NIAAA F31AA027169, NIDA R21DA047953, NIGMS 1P20GM121312, California Tobacco-Related Disease Research Grants Program Office of the University of California Grant 580264, and The William K. Warren Foundation. Financial Disclosures: Paulus is an advisor to Spring Care, Inc., a behavioral health startup, he has received royalties for an article about methamphetamine in UpToDate. 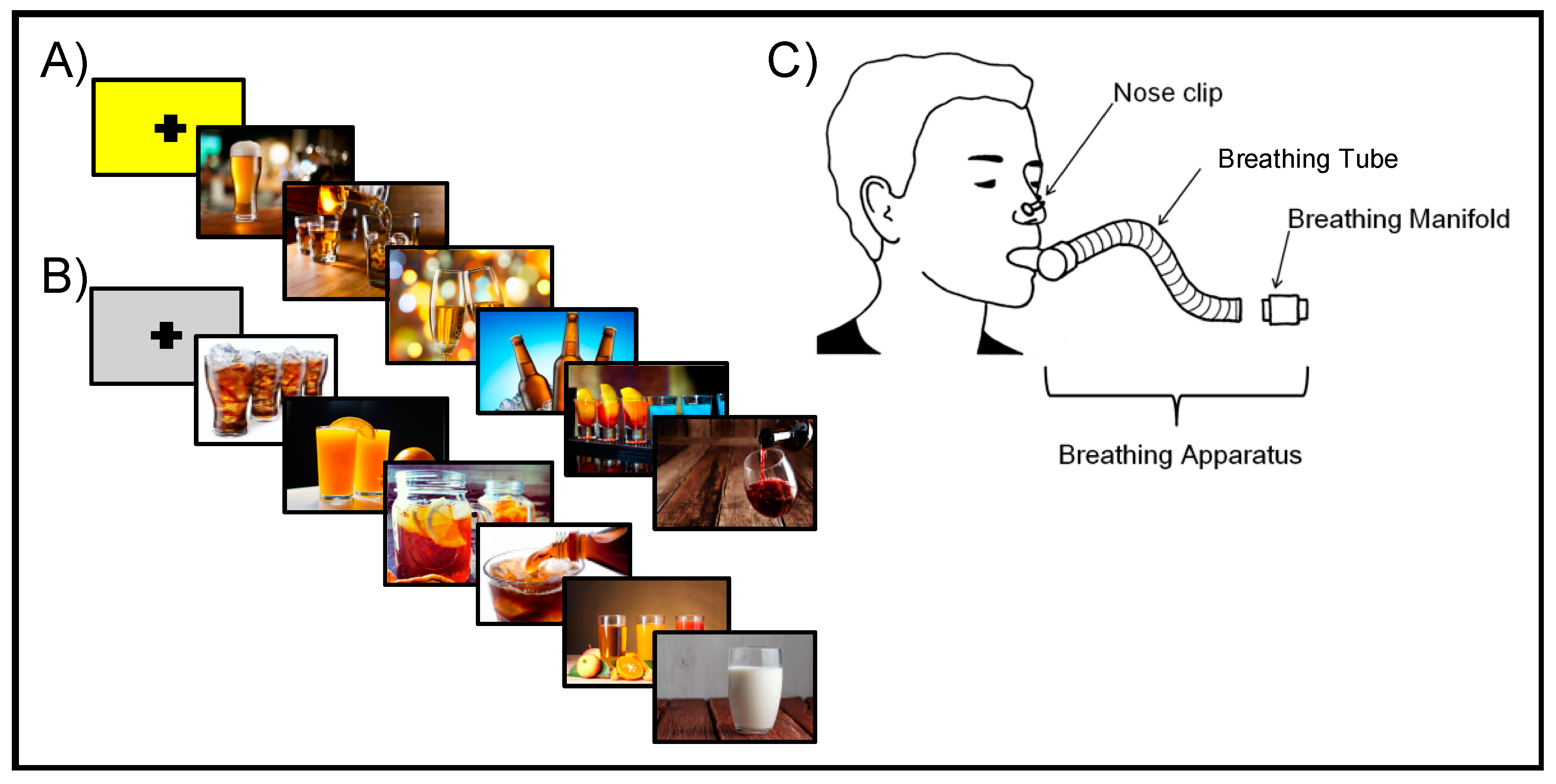 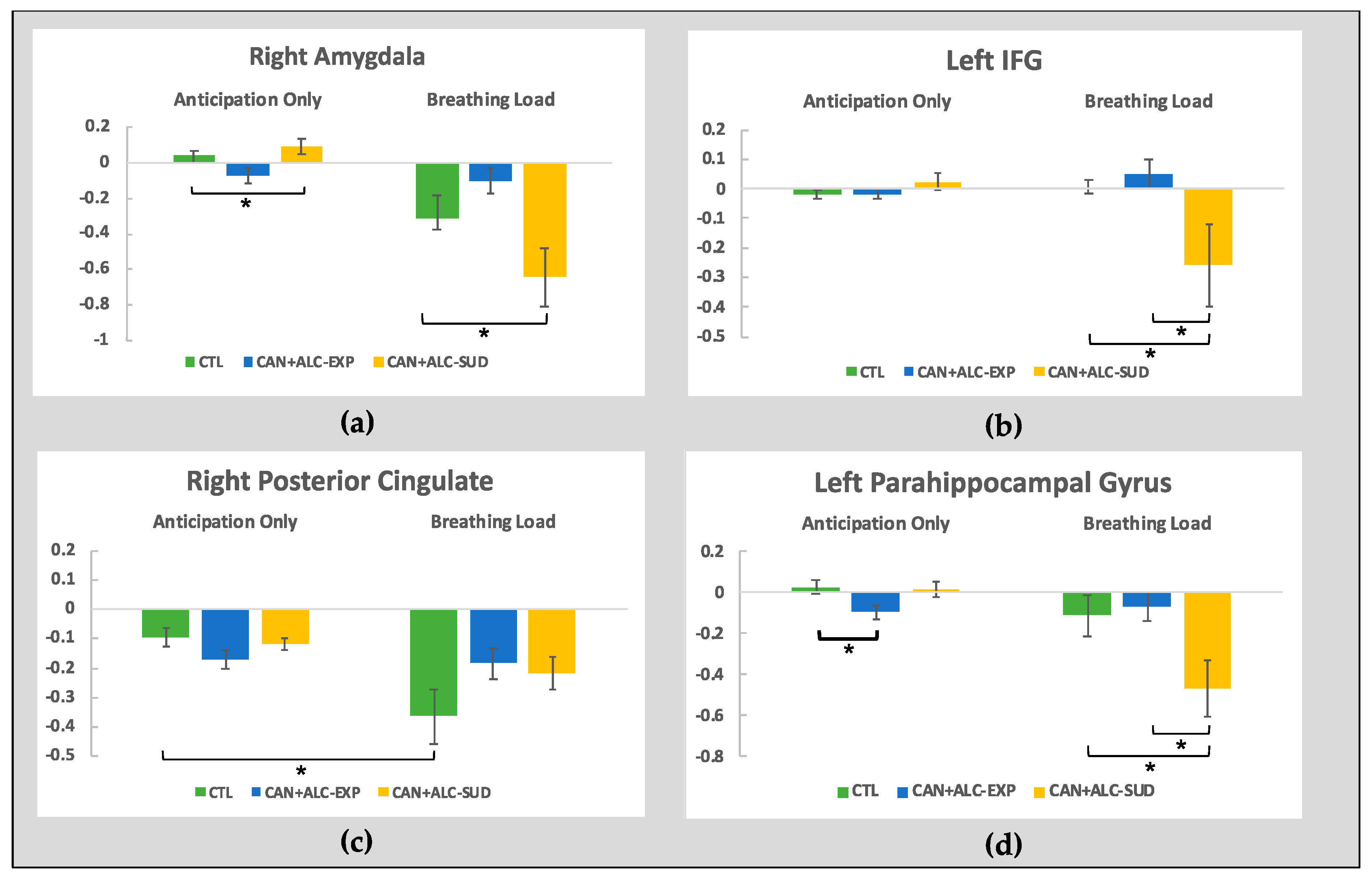