The mechanical behavior of the uranyl carbonate mineral, rutherfordine, UO2CO3, was studied by means of theoretical solid-state methods based in Density Functional Theory using plane waves and pseudopotentials. The results of the computations reported in this work show that this mineral exhibits the important negative Poisson ratio (NPR) phenomenon. In order to show that this feature is not an artifact associated to the theoretical treatment employed, additional calculations were carried out using very large calculation parameters. These calculations improved the mechanical description of this mineral and confirmed its auxeticity, i.e., it shows NPR values. Rutherfordine is a highly anisotropic material showing a maximum value of the NPR of the order of −0.3 ± 0.1 for applied stresses directed along the X axis, the transverse direction being the Y axis perpendicular to the structural sheets in rutherfordine structure. The underlying reason for this observation is that under the effect of applied positive pressures, the interlayer space between the sheets of rutherfordine vary in the opposite way to the expected behavior; that is, it decreases instead of increasing. View Full-Text
Keywords: Uranyl-containing material; mechanical properties; negative poisson ratio Uranyl-containing material; mechanical properties; negative poisson ratio
►▼ Show Figures 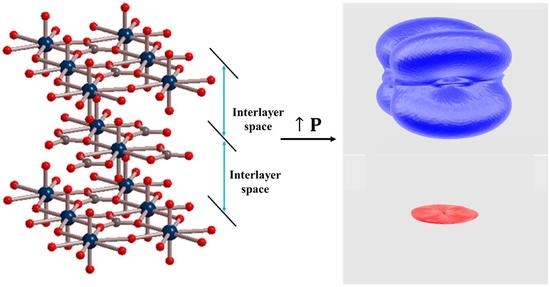