The grades of the steel tube and the steel plate used in the test are both Q345. The width-to-thickness (B/t) ratio of the steel tubes are 50.0, 33.3, 25 and 14.3. The limit of the B/t in the JB 138 [19] can be calculated as follows:
According to Equation (2), the design limit of B/t for Q345 steel tube is 50. All the test specimens are within the limit of the deign code. In different codes, there are different requirements for the limit of the width to thickness ratio. And the range for the limits of the B/t is smaller in other codes, such as Eurocode 4 [20], the limit of B/t ratio in Eurocode 4 is stricter.
The grade of the reinforcing bars used in the test is HRB335. A series of tests have been conducted on coupons taken from the steel tube and steel plate (steel bar) to measure the material properties, where the tensile coupons were extracted from flat surfaces. The measured mechanical properties are shown in Table 4, where fy is the yield strength, fu is the ultimate strength, and δ is the elongation.

A press machine of 3000 kN capacity has been used to apply the axial compression to the test specimens. The test set-up used to conduct the push-out tests is shown in Figure 5. A square loading plate with a cross-sectional area slightly smaller than that of the inner diameter of steel tube has been used to apply the axial compression to the concrete. A 50 mm thick square loading plate has been used. This is to ensure that the square steel plate has enough stiffness. During the push-out tests, the compression force has been applied to the inner concrete only through the square loading plate, while an end plate has been placed at the bottom to support the test specimen. The mechanism of the loading tests is uniaxial loading, and all the specimens have been tested under a loading rate of 2 kN/s. The load classification control has been used before the slippage reaches 2 mm, and each load increment is 10 kN. When the slippage reaches 2 mm, the displacement control has been used, and each displacement increment is 0.5 mm. When the slippage reaches about 20 mm, the loading stops.

The load-displacement curves of different welding conditions of the steel plate are shown in Figure 7e. Specimen P8-8-150-120# is single-sided welding, and Specimen P8-8-150-120 is double-sided welding. As shown in Table 4, the ultimate bearing capacities of the two specimens are 914.4 kN and 921.0 kN, respectively. There is practically no difference between the ultimate bearing capacities of the two specimens. Limited in this study, the welding condition has no effect on the ultimate bearing capacity. Hence, if the specimens are designed to have no shear failure on the steel plate or no local bucking on the steel tube, single-sided welding can be used in real-life engineering projects, which reduces the construction tasks.

4. Calculation of the Ultimate Bearing Capacity

The test results show that the specimens fail because of the shear failure of the conrete and the stress state is shown in Figure 10. ’Recommendations for Design and Construction of Concrete Filled Steel Tubular Structures’ [15] gives the Equation (4) to calculate the ultimate bearing capacity.
In Equation (4), the width-to-thickness ratio (B/t) is not taken into consideration because in reference 15, rather than steel plates, the diaphragms are adopted as the shear connectors. When using diaphragms, the confinement caused by the diaphragms is very strong, so that the B/t effect can be omitted. However, when using steel plates as the shear connectors, the B/t effect should not be omitted. Hence, considering the B/t effect, the coefficient α corresponding to the B/t ratio has been proposed, and the following Equation (5) can be obtained.
Equation (6) has been developed for calculating the ultimate bearing capacity of double-layer shear connectors. where Pu is the ultimate bearing capacity; Ac is the cross-sectional area of the core concrete; Ab is the projection area of the steel plate as shown in Figure 10; and fc′ is the concrete strength. α is the influential factor for the width to thickness ratio of the steel tube, as given by Figure 11; In Figure 11, the black dots are the test data; the solid curve is the fitting curve; β is the influential factor for the s/h raito of steel plates, as given in Equation (3) and Figure 8.
The comparison of the calculated ultimate bearing capacities and the test data is shown in Table 5. It can be seen that the calculated capacities are in good agreement with the test datas. The average test data to calculated values ratio is 1.068. For some specimens, the value of Pu.exp/Pu.cal is relative higher, especially for specimens P12-8-150-120 and P8-8-150-150, the values are 15.3% and 22.3%. For specimen P12-8-150-120, the steel plate is thicker, and for specimen P8-8-150-150, the steel plate is longer. Hence, for both specimens, the confinement caused by the steel plate is stronger than other specimens. According to reference [15], the confinement to the concrete is not considered in the calculation, hence, the calculation will slightly underestimate the experimental results. In other words, the values of Pu.exp/Pu.cal becomes higher. However, these calculated capacities are in conservative side, therefore, the developed formula for calculating the ultimate bearing capacity can be used in engineering design.

Through the push-out tests of 14 square CFSTs with shear connectors, limited in this study, the main conclusions are:

This work was supported by a National Natural Science Foundation of China grant funded by the Chinese government. (No. 51408017). The support is greatly appreciated. Also, the suggestions on the design of the specimens from Prof. Kawano in Kyushu University in Japan are highly appreciated.

The authors declare that there is no conflict of interests regarding the publication of this paper. 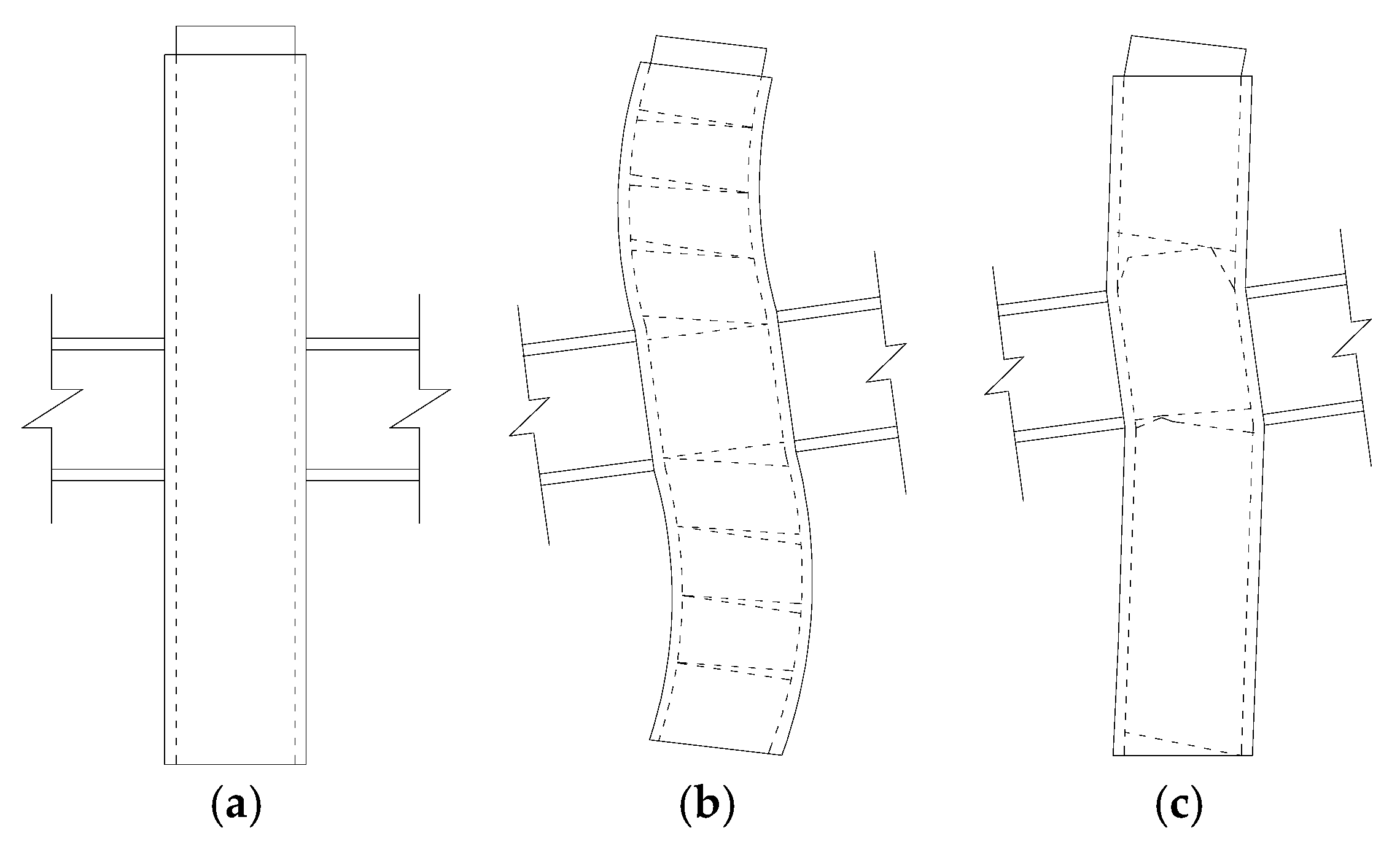 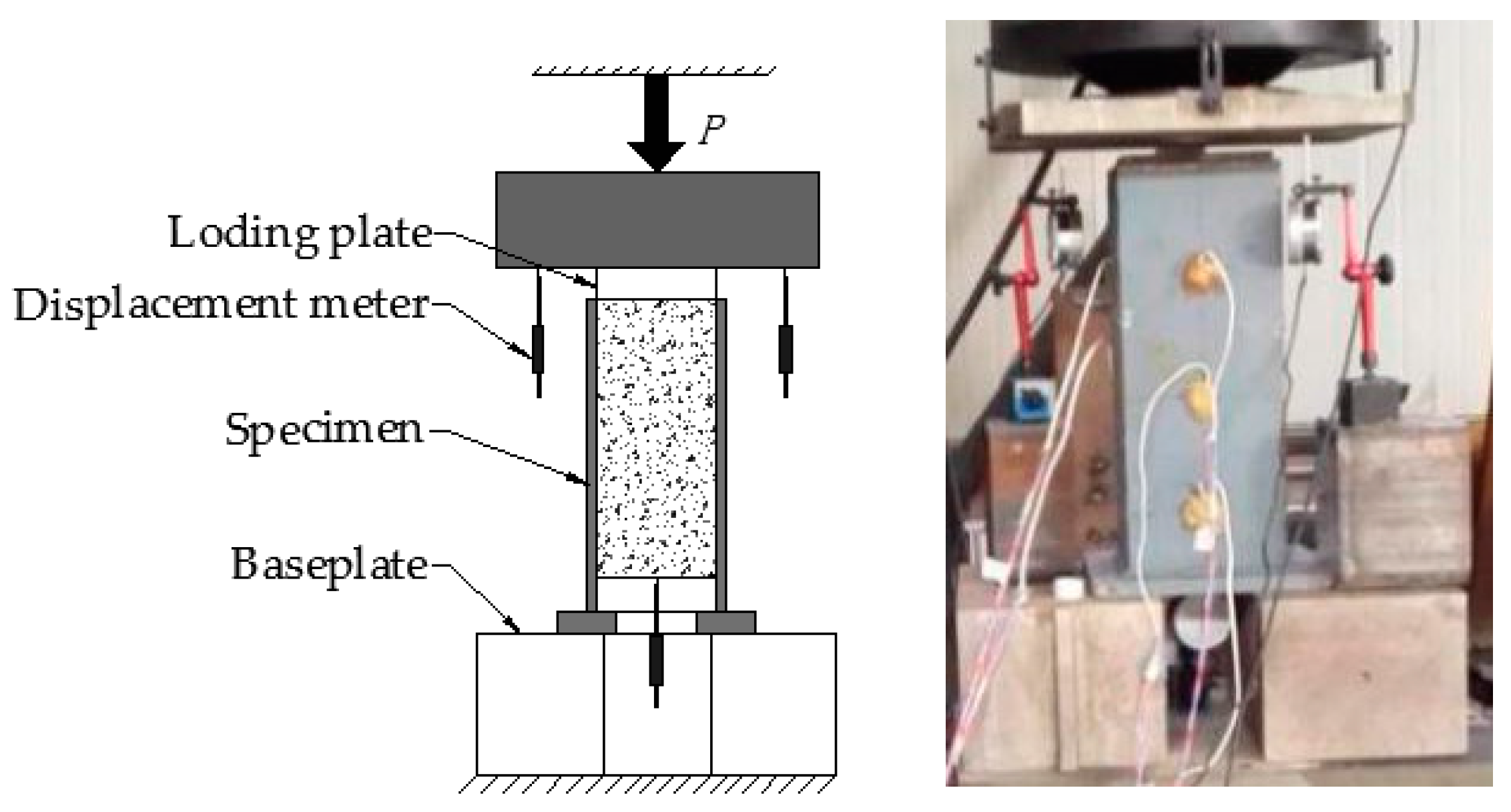 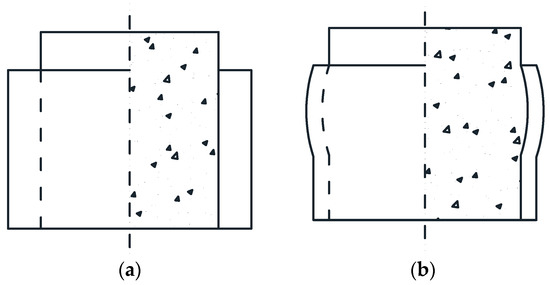 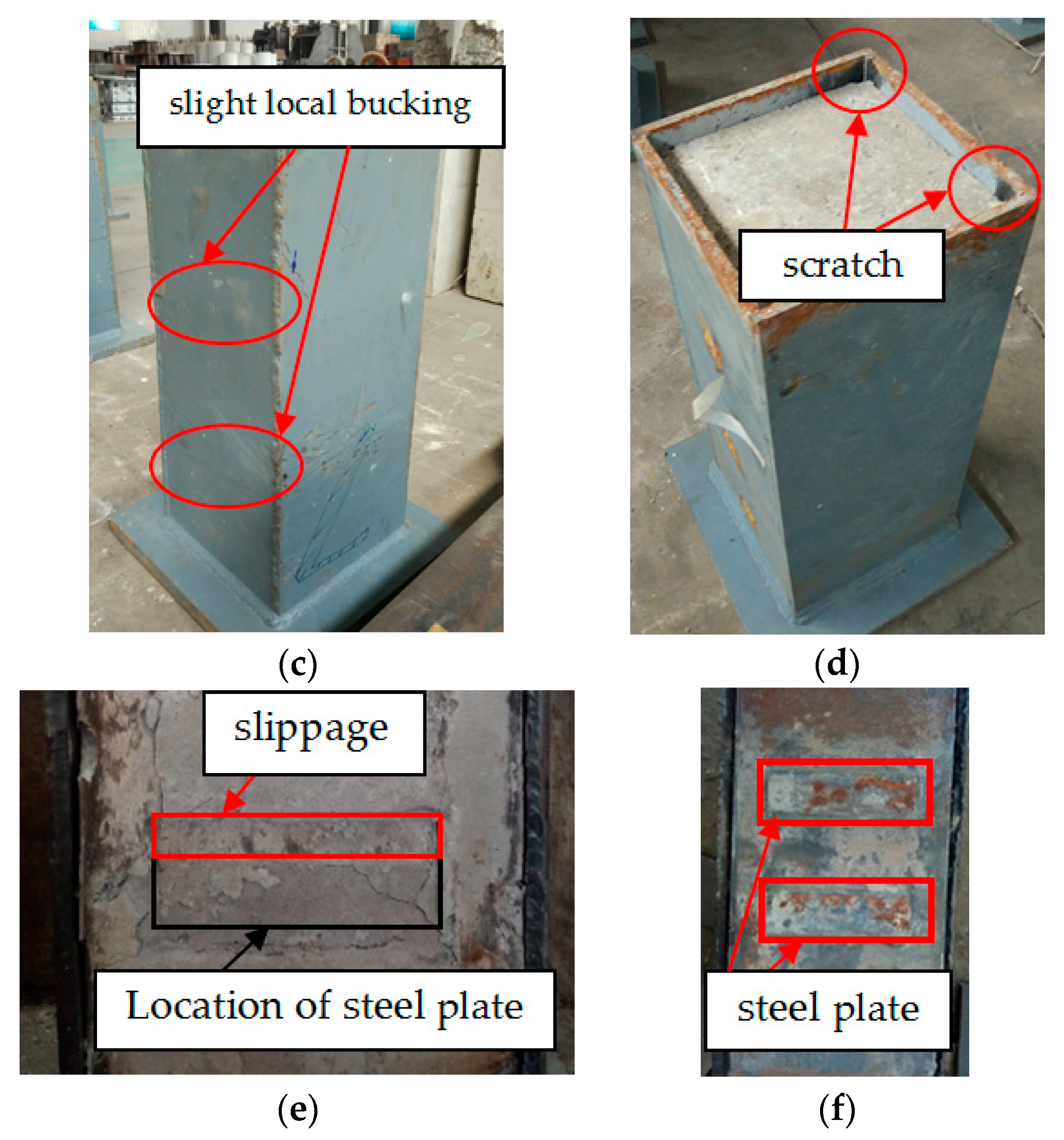 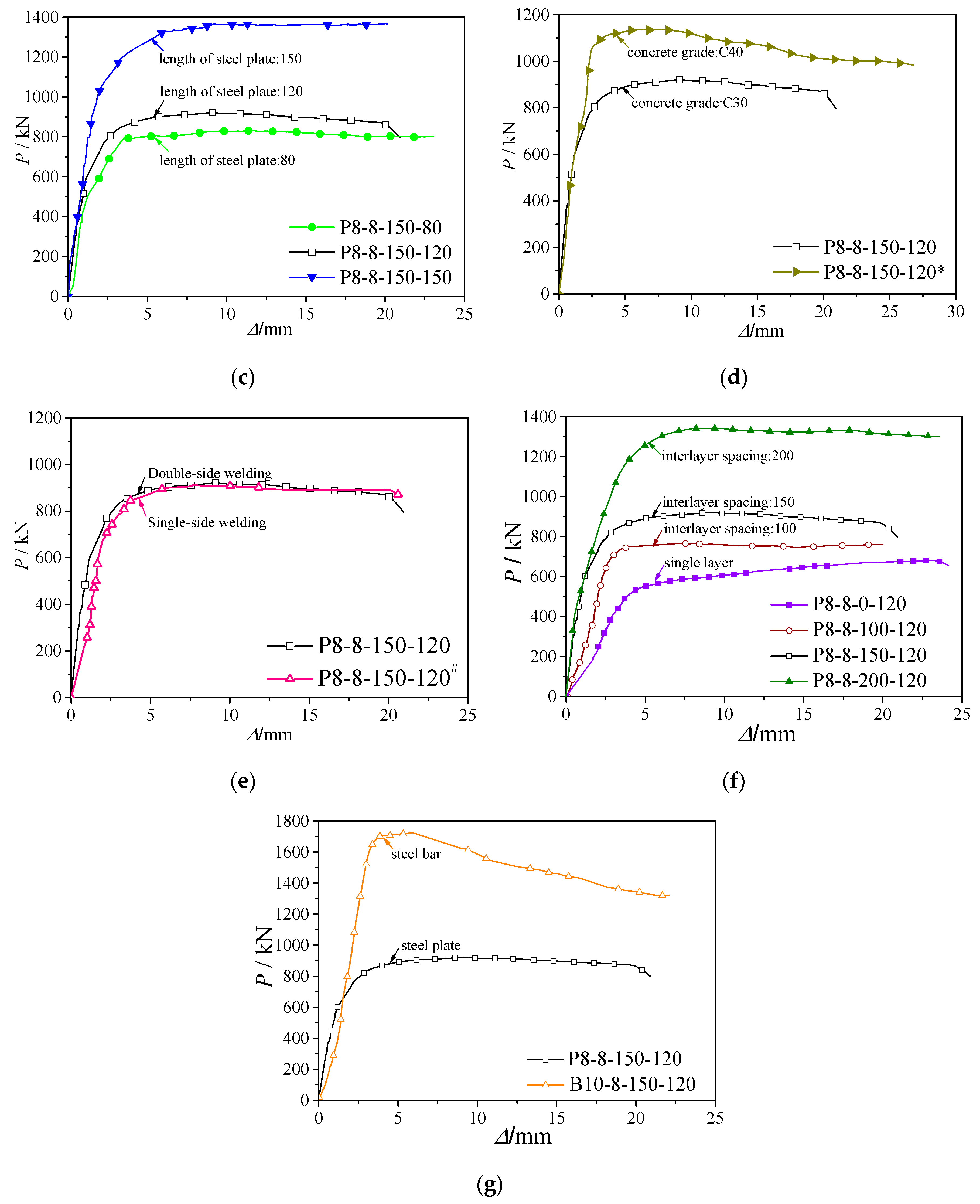 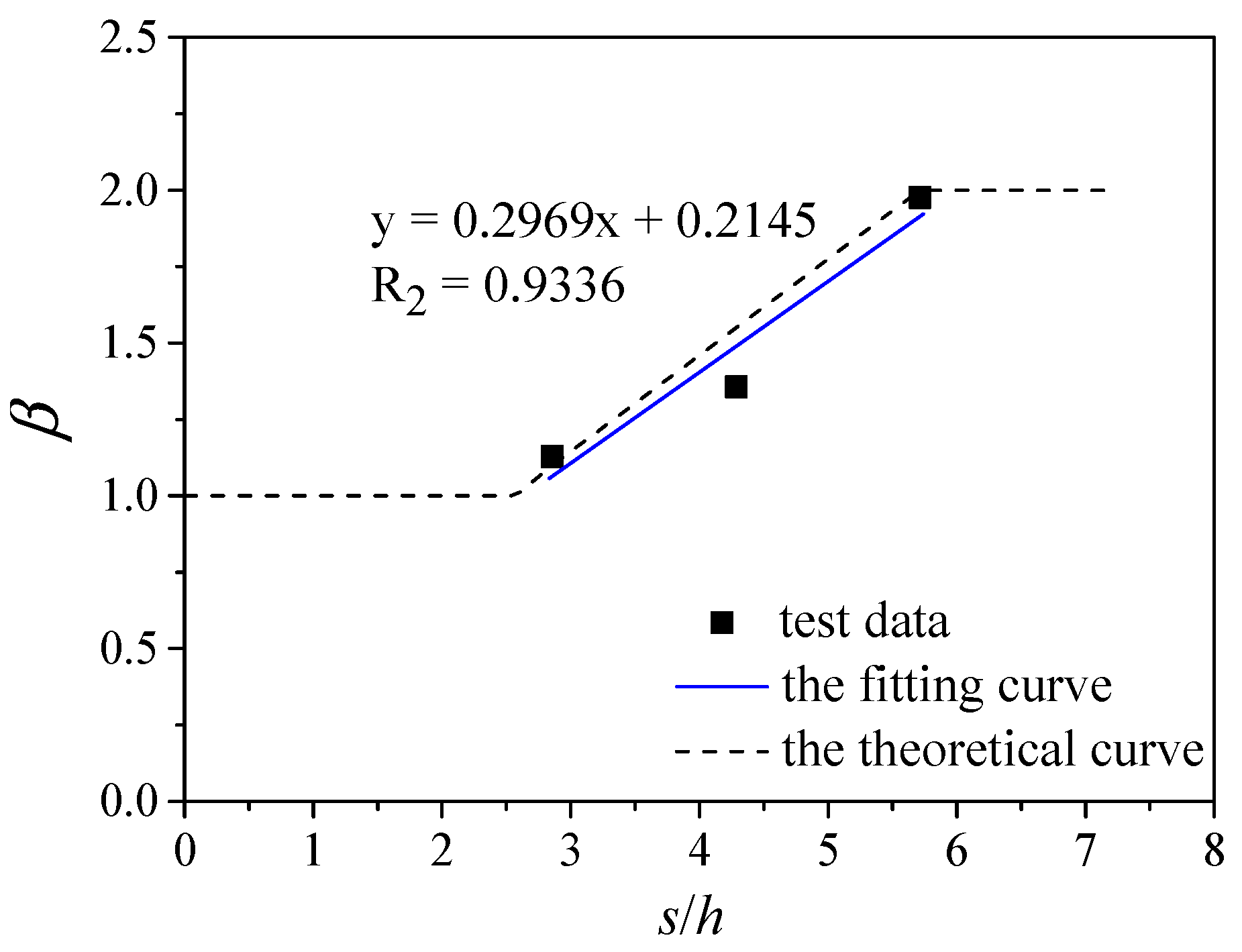 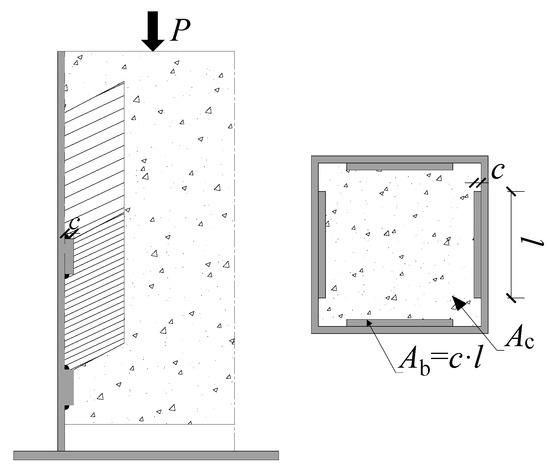 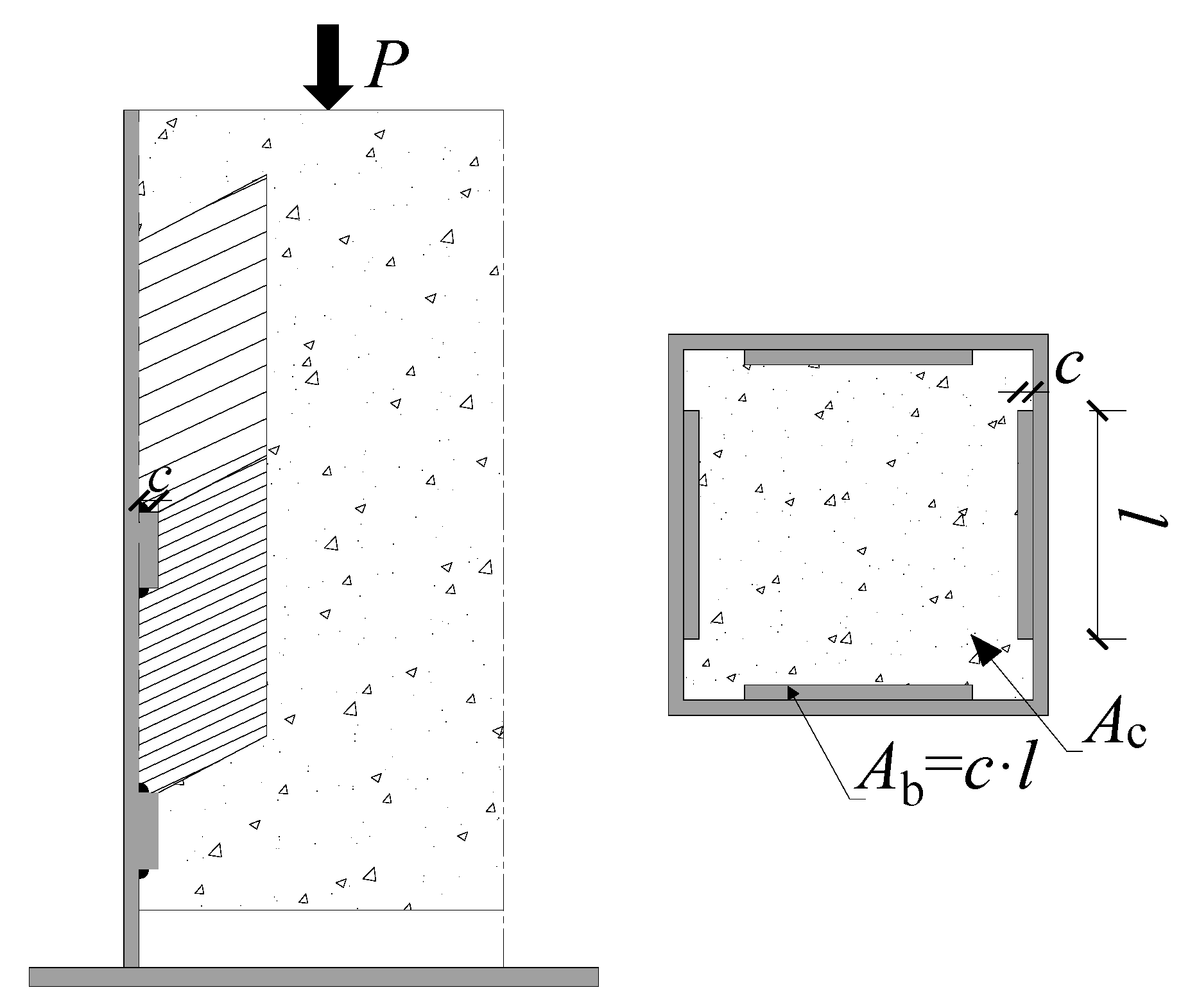 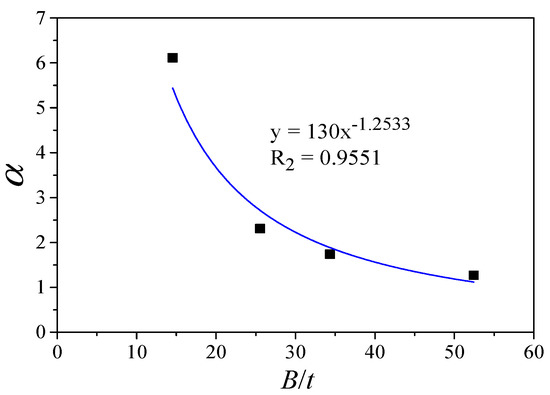 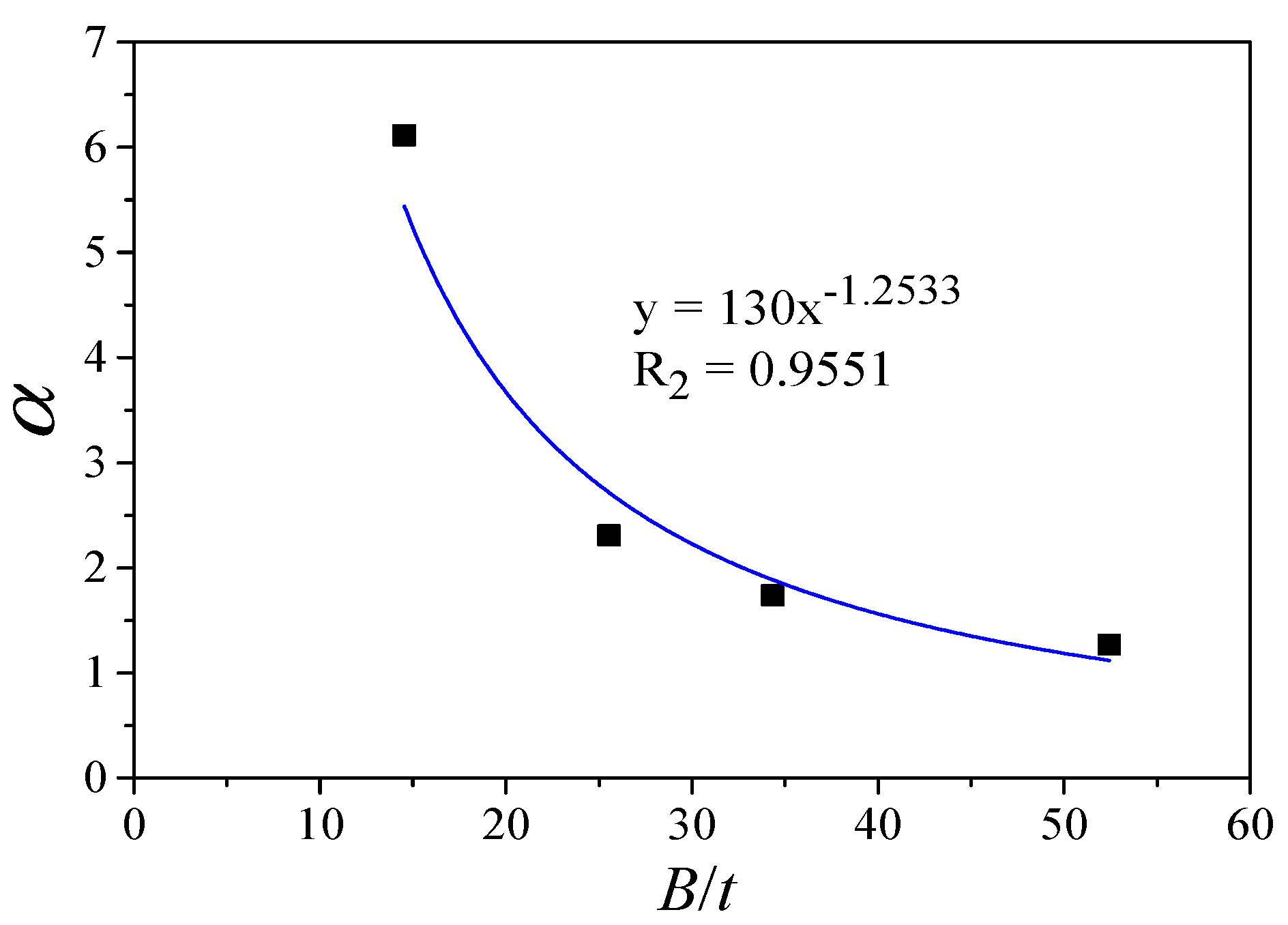