Oxygen is one of the most essential substances on the earth, ensuring normal life activities and taking part in important processes in manufacturing and chemical industry. The detection and quantification of oxygen level is critical in all these processes to have accurate control, which ensures production efficiency and product quality, and it is extremely vital in life-related scenarios as well. On the one side, lacking oxygen or failure to quantify oxygen levels precisely in living systems may induce fainting, tissue necrosis, or even death [1]. On the other side, many clinical diseases can cause lack of oxygen supply, which directly affects cell metabolism, resists treatment, worsens conditions, prevents recovery, or even can endanger people's lives if the hypoxic circumstances are not properly handled [1]. Therefore, cancer microenvironments have gained great attention recently for both understanding of cancer biology and improving of therapeutic regimes. With changes in proteins, oxygenation, PH value, etc., cancerous lesions are commonly associated with angiogenesis and metastasis [2]. Among all the parameters, oxygen levels play an essential role; tumor hypoxia has been shown to have a close relationship with the resistance of chemotherapy or radiotherapy [3]. For example, researchers are investigating new treating modalities called hypoxia modification therapy, using hyperbaric oxygen [4] or small-particle oxygen delivery systems [5] to improve tumor oxygen conditions and hence to help prevent tumor expansion and therapy resistance. In other examples like severe traumatic brain injury [6,7], great loss of blood may induce severe cerebral ischemia and harm the brain. In wound healing [8], doctors may need to monitor the changes of the local oxygen levels to prevent tissue necrosis and estimate the healing potential. In biomachining processes, the redox state needs to be precisely controlled for high-quality metal removal by microorganisms [9,10].
As such an important parameter in clinical situations, oxygen levels can be characterized by blood oxygen saturation (sO2) and oxygen partial pressure (pO2) in soft tissue. Oxygen saturation (sO2) is a vital respiration parameter, mainly representing the oxygen in the blood, and can be calculated by the ratio between oxygen-saturated hemoglobin and total hemoglobin in the blood. Real-time monitoring of the arterial blood oxygen saturation is very important in clinical care. Spectral-based methods by using a fingerstall-style photoelectric sensor to detect the transmission of 660 nm and 940 nm near infrared light have long been used to conveniently measure sO2 [11]. Comparably, much less attention has been put onto pO2 under clinical conditions. pO2 can be used to describe the partial pressure of oxygen within the interstitial space of a particular tissue, representing the balance between local oxygen delivery and consumption at any given time [12]. The concept of pO2 should be of great importance as well, especially in blood-thinning regions or inside solid tumors, where limited vessels exist to transmit oxygen, or diffusion-limited effects block oxygen transmission into the solid tumors. Compared to sO2, much less work has been done in exploring means to noninvasively and directly measure pO2 of biological tissues thus far.
Photoacoustic imaging (PAI), which enables noninvasive optical contrast sensing with acoustic resolution in deep tissue, has attracted more and more attention in the past two decades [13]. While similar to ultrasound imaging (UI) in many ways, PAI has advantages in two aspects. Technically speaking, since PA signals are excited internally by electromagnetic absorption and propagate one way to the detectors, small speed variations do not much affect the travel time of the sound in a finite-length path. Hence, PAI has better tolerance to sound speed variation than conventional pulse-echo ultrasound imaging which detects round-trip ultrasound [14]. On the application level, the UI signal originates from the acoustic impedance mismatch between different tissues, while the PA signal comes from the preferential light absorption spectra of tissues. Therefore, PAI provides better tissue differentiating capability [15].
Since its development, PAI has been regarded as a scalable imaging tool to help understand life activities from both macroscopic and microscopic fields of view. On a coarse scale, photoacoustic computed tomography (PACT) can image at several-centimeter-depth with an acoustic resolution at a seconds-to-minutes 3D imaging speed. In a fine scale, acoustic-resolution photoacoustic microscope (AR-PAM) can provide up to 10 mm imaging depth with acoustic resolution by focused transducers, which can be on the order of tens of micrometers with a MHz frequency transducer. In the highest resolution regime, optical-resolution photoacoustic microscope (OR-PAM) with tightly focused laser illumination can provide sub-wavelength resolution whilst the imaging depth is within a few hundred micrometers. As oxygen distribution in the body holds great heterogeneity, such as between arteries and veins, among tissues, cells, and even organelles, the adjustable imaging depth and resolution of a single modality can greatly facilitate understanding oxygen uptaking and metabolism in different scales and finally drawing a whole picture. In this review, we briefly discuss the application of photoacoustic imaging in both sO2 and pO2 detection, including the state-of-the-art as well as their potentials and limitations.

2. Photoacoustic Imaging in sO2 Measurement

In this review, we combined two biological oxygen-related parameters—sO2 and pO2—and their corresponding detection methods. Grand significance is attached to applications of photoacoustic technique in this field. Use of the photoacoustic spectrum combined with preferential absorption of hemoglobin makes it a uniquely effective tool for blood oxygen saturation detection. Meanwhile, photoacoustic imaging also shows great potential in tissue oxygen partial pressure evaluation. Combining these two parameters and integrating them into one single system will significantly advance the extensive understanding of oxygen functions in our body and further progress in cancer diagnosis and therapy. 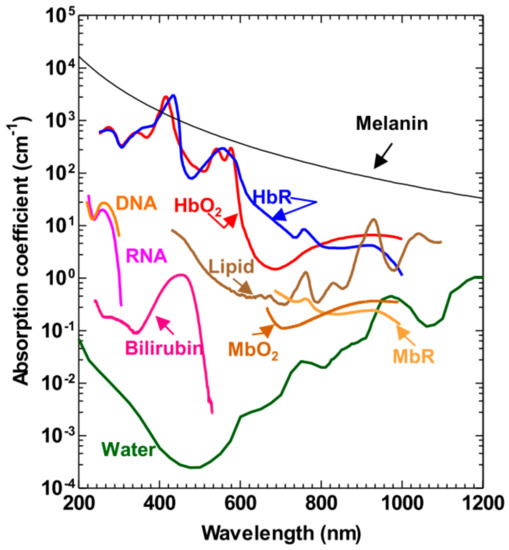 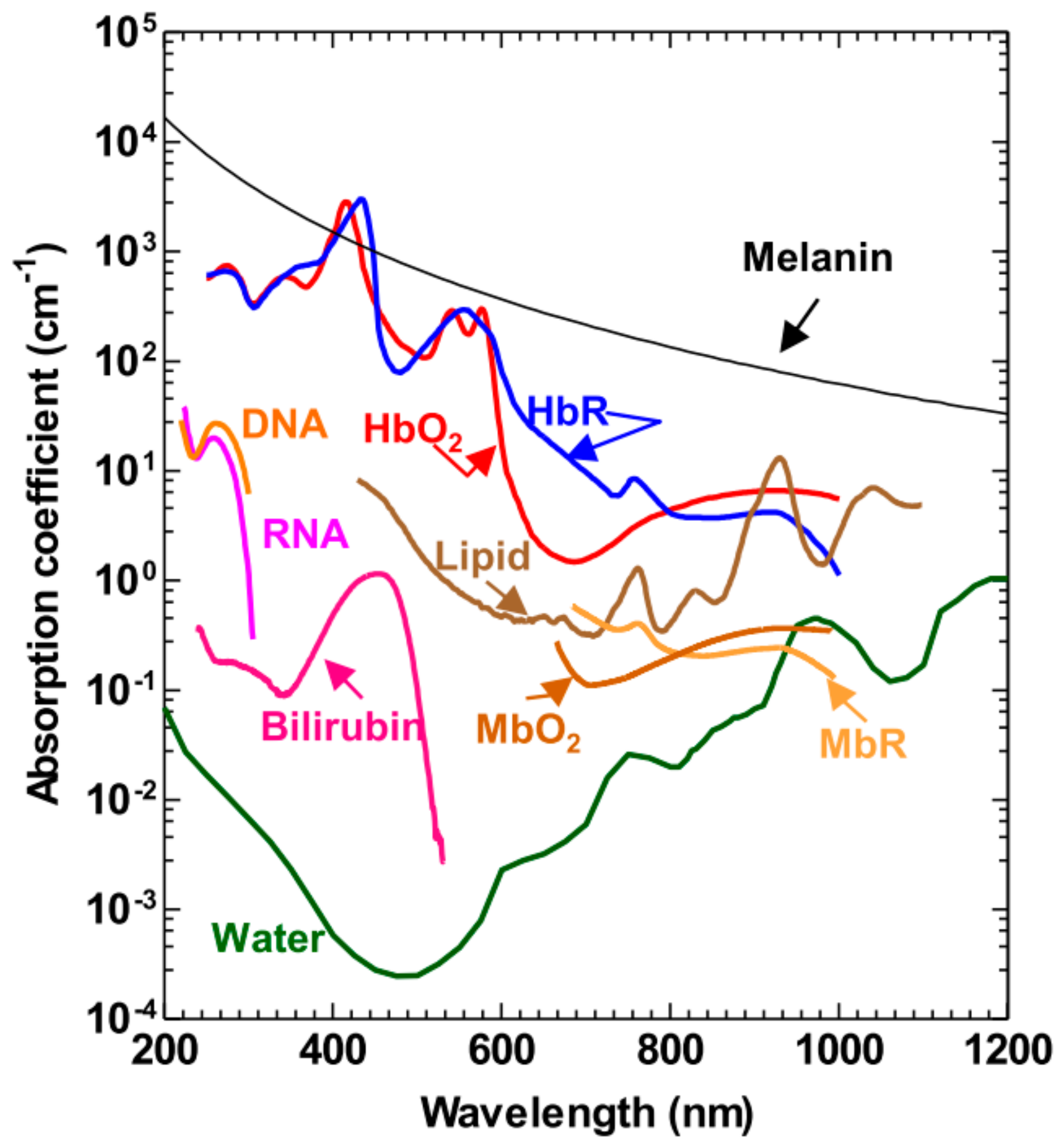 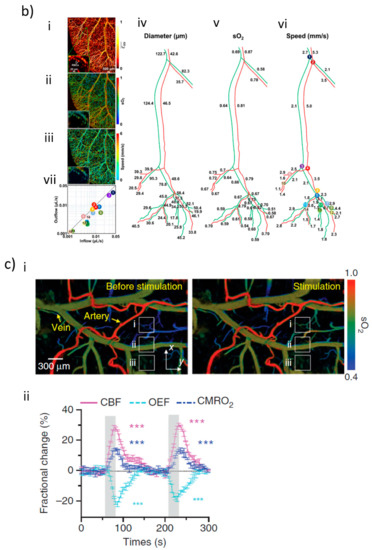 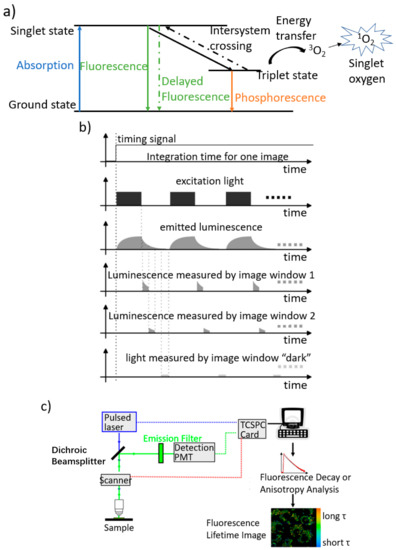 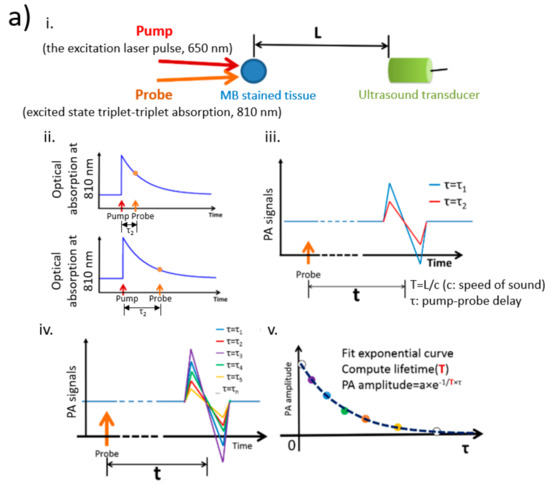 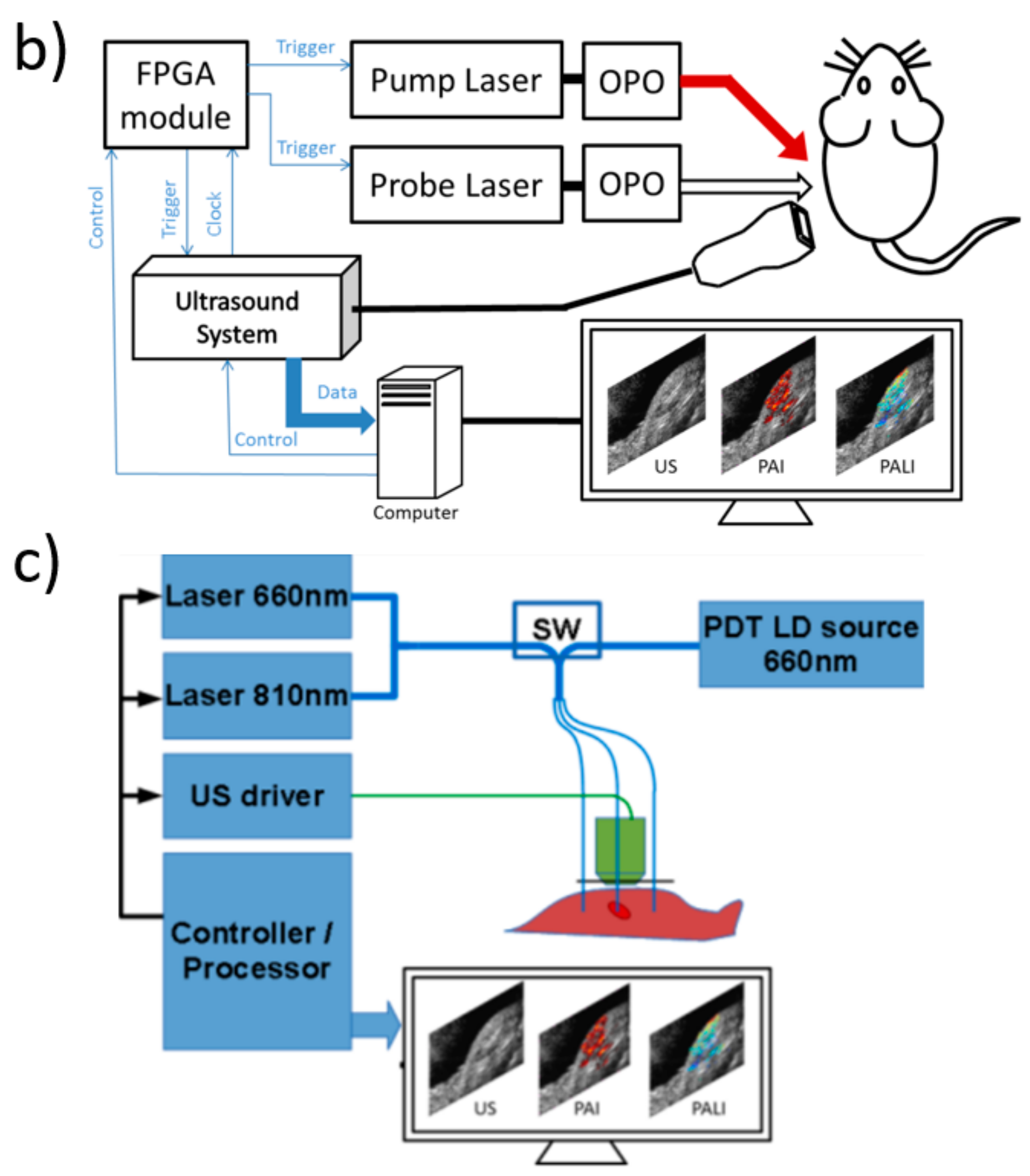