A Microwave-Assisted Simultaneous Distillation and Extraction Method for the Separation of Polysaccharides and Essential Oil from the Leaves of Taxus chinensis Var. mairei

The present work addresses quantum interaction phenomena of microwave radiation with a single-electron tunneling system. For this study, an integrated circuit is implemented, combining on the same chip a Josephson junction (Al/AlO x /Al) oscillator and a single-electron transistor (SET) with the superconducting island (Al) and normal-conducting leads (AuPd). The transistor is demonstrated to operate as a very sensitive photon detector, sensing down to a few tens of photons per second in the microwave frequency range around f ∼ 100 GHz. On the other hand, the Josephson oscillator, realized as a two-junction SQUID and coupled to the detector via a coplanar transmission line (Al), is shown to provide a tunable source of microwave radiation: controllable variations in power or in frequency were accompanied by significant changes in the detector output, when applying magnetic flux or adjusting the voltage across the SQUID, respectively. It was also shown that the effect of substrate-mediated phonons, generated by our microwave source, on the detector output was negligibly small. View Full-Text
Keywords: single-photon detector; microwave photon; single-electron transistor; photon-assisted tunneling single-photon detector; microwave photon; single-electron transistor; photon-assisted tunneling
►▼ Show Figures 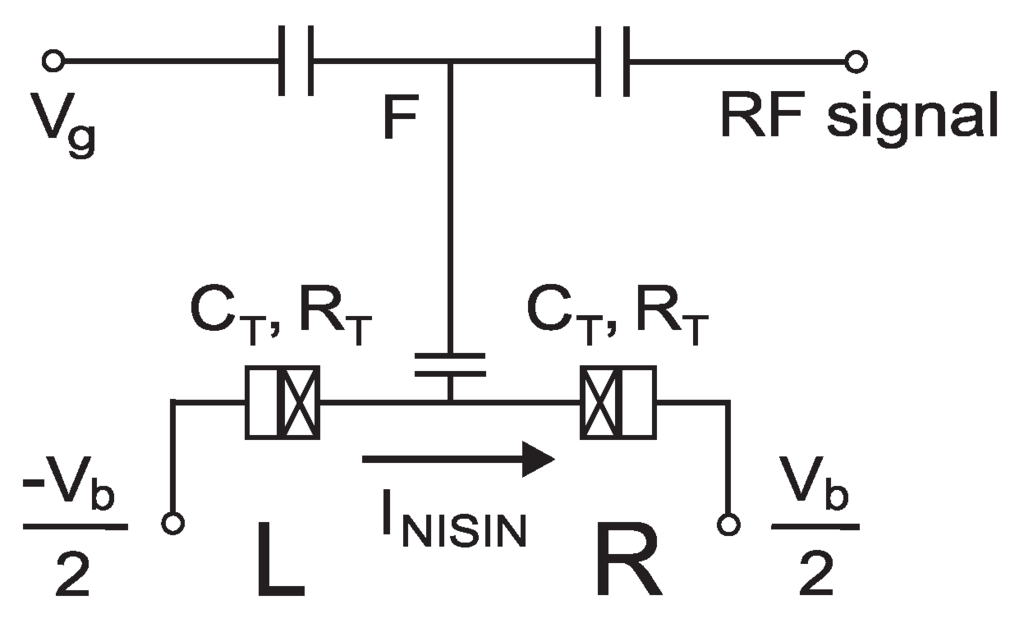