Visual Recognition and Its Application to Robot Arm Control

This paper presents an application of optical word recognition and fuzzy control to a smartphone automatic test system. The system consists of a robot arm and two webcams. After the words from the control panel that represent commands are recognized by the robot system, the robot arm performs the corresponding actions to test the smartphone. One of the webcams is utilized to capture commands on the screen of the control panel, the other to recognize the words on the screen of the tested smartphone. The method of image processing is based on the Red-Green-Blue (RGB) and Hue-Saturation-Luminance (HSL) color spaces to reduce the influence of light. Fuzzy theory is used in the robot arm’s position control. The Optical Character Recognition (OCR) technique is applied to the word recognition, and the recognition results are then checked by a dictionary process to increase the recognition accuracy. The camera which is used to recognize the tested smartphone also provides object coordinates to the fuzzy controller, then the robot arm moves to the desired positions and presses the desired buttons. The proposed control scheme allows the robot arm to perform different assigned test functions successfully. View Full-Text
Keywords: fuzzy control; image processing; robot arm; optical character recognition fuzzy control; image processing; robot arm; optical character recognition
►▼ Show Figures 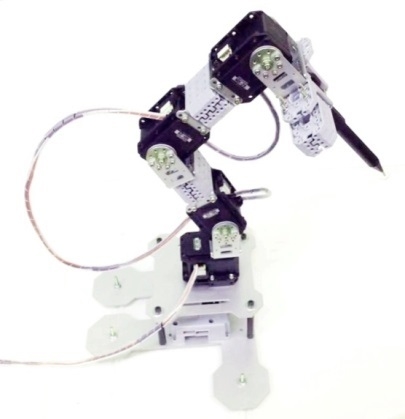