This section provides the experimental details such as materials, sample preparation, curing procedures, and testing of cubical samples made from GP-based pastes. Here, parameters such a density, setting times, compressive strengths before and after exposure to elevated temperatures, and mass losses for sealed and unsealed samples of Gladstone FA-based GP mixtures were recorded. In addition, all of the above-mentioned parameters were also measured for Gladstone/Callide FA-based GP mixtures. All tests were conducted under laboratory conditions using fresh and hardened specimens, and measurements were conducted in triplicate, and the average values are quoted. Statistical information relating to the empirical parameters such as errors and standard deviations were also added where applicable.

The main constituents in the GP mixture were FA, sodium hydroxide, and sodium silicate. Furthermore, two different kinds of FA were used such as, Gladstone FA, and Gladstone/Callide FA. Gladstone FA was class F-low calcium FA, light grey in color, and with a particle size ranging from 1–8 μm whereas the other variety (Gladstone/Callide FA- class F-low calcium FA) was darker in color. Both FA materials were found to be similar in texture to Ordinary Portland Cement (OPC). Their chemical compositions are given in Table 1. The fineness percentages, passing the 45 μm sieve, were recorded to be approximately 86% and 80% for Gladstone FA and Gladstone/Callide FA, respectively. Sodium hydroxide and sodium silicate were used as components for the alkaline activator. Sodium silicate solution was type D, having a ratio of silica to sodium oxide of 2.0. The sodium hydroxide solution had a strength of 60 w/v% and a molarity of 8 (i.e., mols/dm3).

2.2. Specification of the Mix Design

The details of the ten novel mix designs that were employed for this study are given in Table 2.

Sodium hydroxide and sodium silicate were first measured and mixed using a hand-held stirrer bar until a clear, transparent solution was observed (ca. 2 min). This mixture was kept aside for a few minutes before stirring with the fly ash component. This method was essentially adopted from a previously published work by Hardjito and Rangan [51]. The required amount FA was measured and mixed to the liquid solution using a Breville mixer (ca. at 50 rpm for 2 min), and then for a further 3 min at ca. 85 rpm, after which, 25 mm3 specimens were cast.

After casting, the cubes with dimensions of 25 × 25 × 25 mm3 were immediately subjected to curing. For this, a WEISS WVC Series Temperature and Climatic Test Chamber was employed. The cubes were kept at ca. 60 °C for 24 h. Essentially, the curing was conducted using two methods. Basically, these methods were designed to test the influence of the extent of the surface evaporation of water on the mechanical properties of the samples; for example, compressive and residual strengths. Unsealed samples were placed in the oven at 60 °C immediately after casting. Once hardened, samples were removed from the mold and placed back in the oven for a total of 24 h. Sealed samples, on the other hand, were placed in the polymeric bag, soon after casting, and were subjected to an elevated temperature by placing them in an oven maintained at 60 °C (Figure 1 and Figure 2). Gladstone/Callide FA specimens were only subjected to the sealed-curing procedure. It is to be noted here that none of the samples were subjected to a rest period (i.e., after casting), and all samples were immediately subjected to heat curing.

2.5. Testing of Fresh and Hardened Specimens

The density of Gladstone FA and Gladstone/Callide FA mixtures were determined, in conformance with AS 1012.5:2014 [52]. In addition, the setting times were also recorded using visual observations. For hardened specimens, the compressive and residual strengths were investigated and conducted in accordance with AS 1012.9.2014 [53].
The compressive strength of the test specimens was determined using a 100 kN Instron 1195 testing machine at a loading rate of 20 ± 2 MPa/min. The Gladstone FA and Gladstone/Callide FA cubes were tested after 24 h of casting and curing for initial compressive strength. The samples that were tested for residual strength were subjected to heating in a muffle furnace at a steady rate of 10 °C/min to achieve the target temperatures of 400 °C and 800 °C. Upon reaching these target temperatures, samples were held at the required temperature for a period of one hour with a view to establishing the thermal equilibrium (i.e., to achieve a constant temperature throughout the samples). The samples were then permitted to cool down to room temperature (ca. 25 °C) before they were tested for strength. Evidently, testing the specimens for residual compressive strengths after they had been cooled down to the ambient temperature denotes the lower bound strength values compared to the stressed residual tests, where samples were tested whilst subjected to elevated temperatures, for example, as reported elsewhere [54]. The corresponding mass losses were measured using an electronic balance, where cube samples were weighed before and after exposure to elevated temperatures, and from the readings decrements, if present, were recorded.

This study focused on investigating the effects of initial surface evaporation on the performance of FA-based geopolymer pastes. Evaporation was controlled optionally for some test specimens by placing them in a sealed cover during the curing process. In addition, the thermal performance of two different types of Class F (low calcium) fly ash (namely Gladstone and Gladstone/Callide) was also investigated.
The main points emanating from the preset investigation can be depicted as follows:

Data are contained within the current article.

The authors are grateful for the technical support provided by Lyndon Macindoe and Philip Dunn, Institute for Sustainable Industries and Liveable Cities. 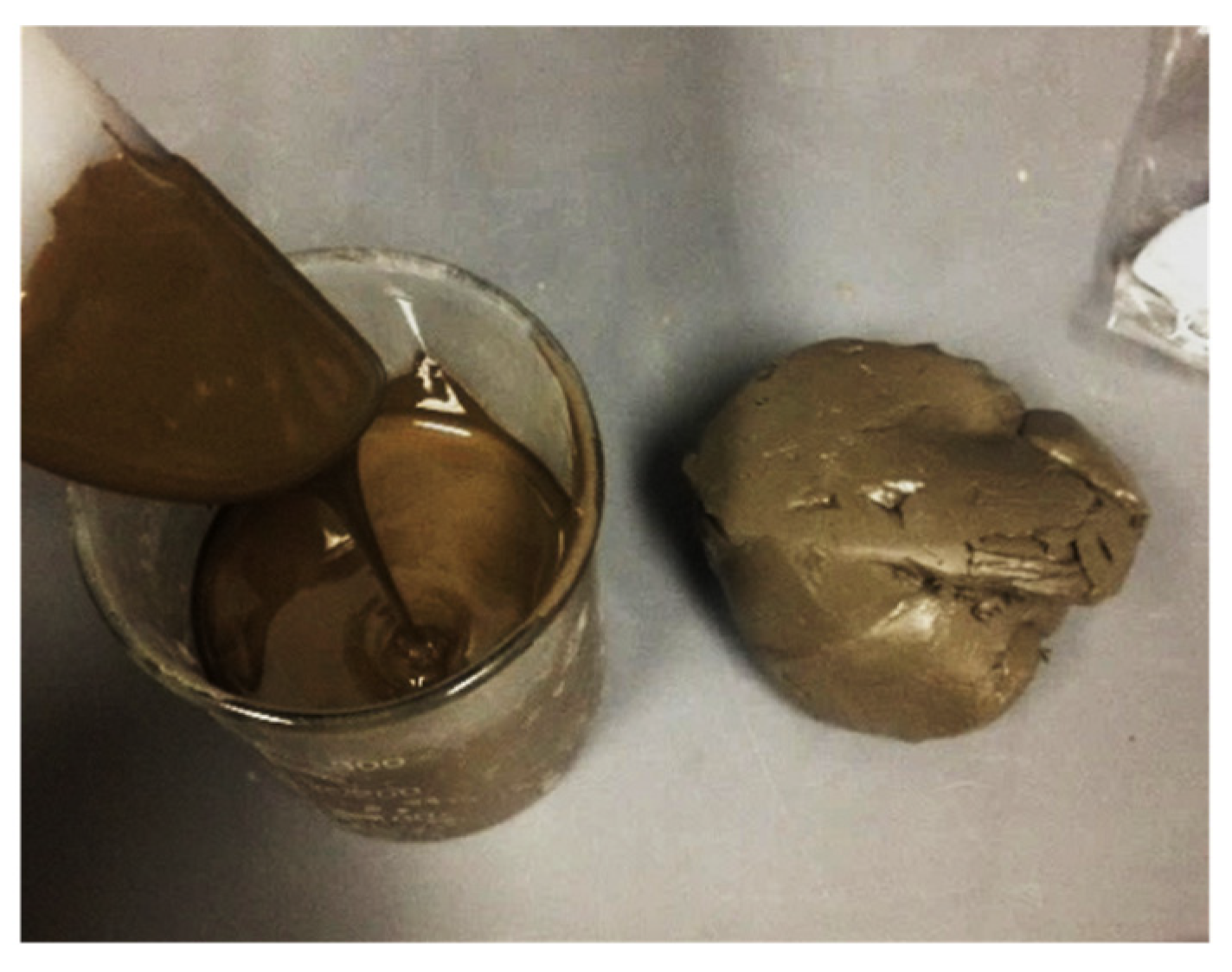 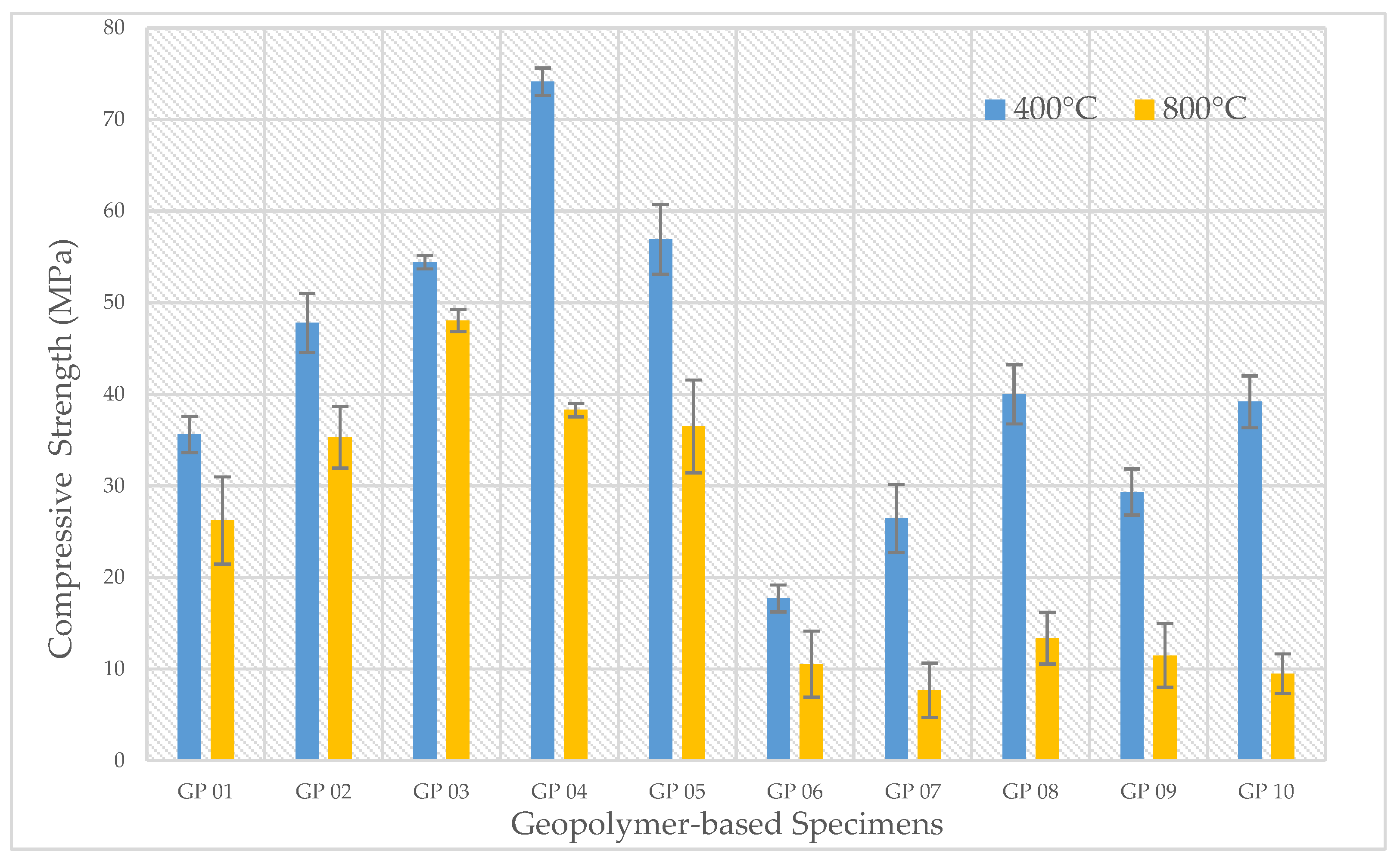