DNA Nanodevices as Mechanical Probes of Protein Structure and Function

DNA nanotechnology has reported a wide range of structurally tunable scaffolds with precise control over their size, shape and mechanical properties. One promising application of these nanodevices is as probes for protein function or determination of protein structure. In this perspective we cover several recent examples in this field, including determining the effect of ligand spacing and multivalency on cell activation, applying forces at the nanoscale, and helping to solve protein structure by cryo-EM. We also highlight some future directions in the chemistry necessary for integrating proteins with DNA nanoscaffolds, as well as opportunities for computational modeling of hybrid protein-DNA nanomaterials.
Keywords: DNA nanotechnology; protein-DNA biomaterials; mechanical nanodevices DNA nanotechnology; protein-DNA biomaterials; mechanical nanodevices

The ability to probe protein structure and function at the single-molecule level has been a key motivation of biology, chemistry and physics for decades. Innovations like super-resolution microscopy, optical tweezers, atomic force microscopy (AFM) probing, and Förster resonance energy transfer (FRET) studies have opened new windows into the biological world by enabling analysis of single protein molecules with unprecedented precision. Structural biology, ranging from X-ray crystallography and nuclear magnetic resonance (NMR) to the recent revolution in cryo-electron microscopy (cryo-EM), has also played an indispensable role in determining the three-dimensional conformation of proteins, and thereby elucidating their function at the molecular level. In the past 15 years or so, DNA mechanical nanodevices have emerged as powerful new alternative tools for probing proteins with single-molecule resolution. The DNA origami technique [1,2], by which a long DNA scaffold strand is folded into a well-defined, addressable, and mechanically robust nanoobject, has in particular been a boon for designing structures on a similar length scale as proteins, which can immobilize them or apply forces to them in interesting ways to elucidate their function. In this perspective, we outline recent advances in the use of rigid DNA origami objects and lattices to probe the structure of proteins, or to interrogate their function at the single-molecule level. We focus on three key properties that make DNA nanoscaffolds particularly well-suited to this task (Figure 1): (1) their rigidity, which in turn allows for protein attachment with a controlled orientation for structural biology studies; (2) their ability to space multiple proteins with nanoscale control, or to confine them within a defined volume; and (3) their ability to impart forces at the nanoscale, and thereby probe the biophysics of attached proteins. We then close with a brief discussion of two areas for future investigation for improving DNA nanomechanical devices: (1) rigid, multipoint attachment of proteins on a DNA scaffold and (2) computational modeling of hybrid protein-DNA nanomaterials. Our goal is to highlight some key recent advances in these areas and to focus on how the mechanical nature of DNA scaffolds can facilitate new insights into protein science, not to provide an exhaustive overview of the rich intersection of protein science and DNA nanotechnology. For a more complete treatment of hybrid protein-DNA nanomaterials beyond the scope of this perspective, we refer the interested reader to several key reviews [3,4,5,6].

In the previous three sections we outlined key applications for DNA nanodevices. There is no doubt that future researchers will continue to explore all three areas, with exciting advances in structural determination, basic biological studies of protein distribution or the nanoscale forces that govern protein activity. In addition, the mechanical and programmable nature of DNA nanostructures will undoubtedly play a role in many additional areas that we cannot even conceive of at the moment. Here, however, we wish to cover two enabling technologies that will enhance DNA nanodevice functionality for probing proteins and allow their use in new areas as well: (1) rigid, multipoint attachment of proteins on a DNA nanoscaffold and (2) computational modeling of hybrid protein-DNA nanostructures. The ultimate goal of both technologies is to create a highly integrated system of both molecules, where the mechanical properties of the DNA scaffold can best communicate with, or influence, those of the protein. 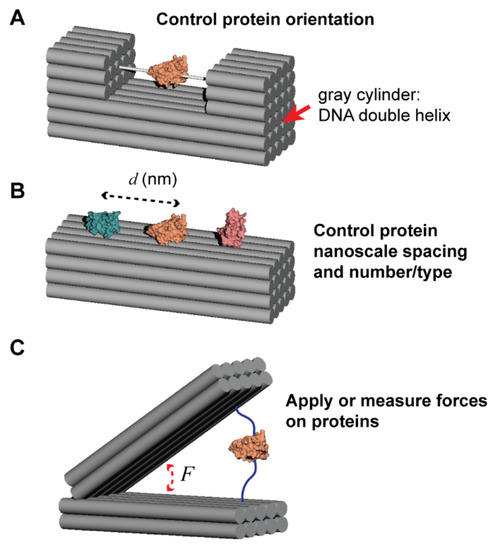 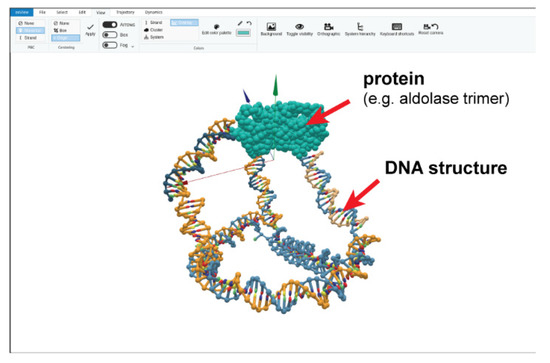 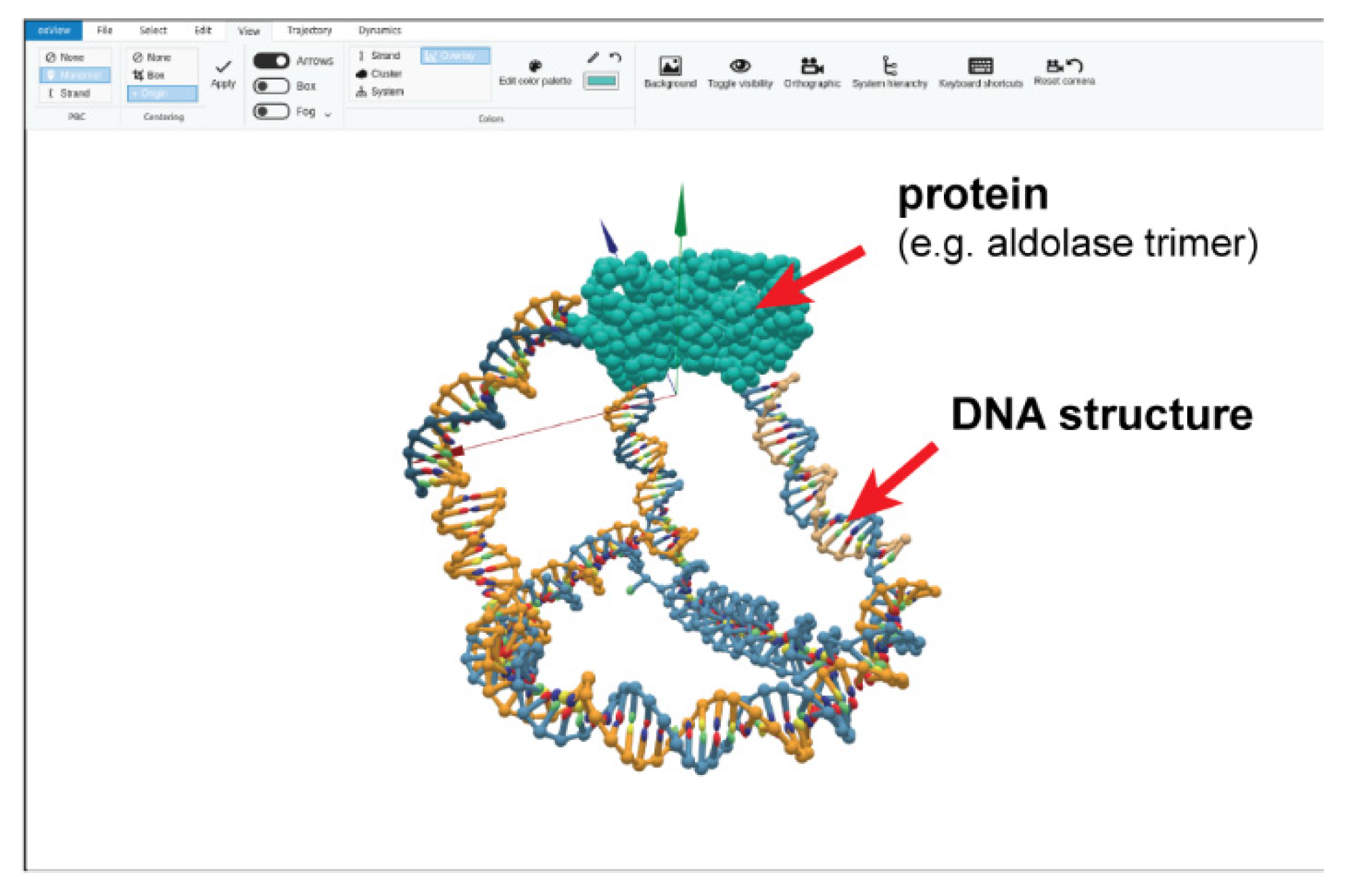