In recent years, radio-frequency corona ignition gained increasing interest from the engine research community because of its capability to extend the engine stable operating range in terms of lean and EGR dilution. The corona discharge generates streamers coming from a star-shaped electrode, generally consisting of four or five tips. The temporal and spatial variability of such streamers in length, orientation, and branching can be factors that affect the combustion onset and, therefore, engine cycle-to-cycle variability. Generally, the latter is reduced with respect to a conventional spark igniter at the same air–fuel ratio, but still present. In this work, analysis on the corona discharge and on the subsequent combustion onset was carried out in an optically accessible engine by means of the detection, via high-speed camera, of the natural luminosity of streamers and flames. A method to characterize spatial and temporal variability in motored conditions is firstly presented. A statistical analysis of the streamer behavior was performed, by separately analyzing the streamers generated by each tip of the star-shaped electrode. Finally, an original method aimed at determining the moment of the first flame appearance, caused by the combustion onset, is presented. The outcome of this work can be used to improve the knowledge on corona discharge, in particular on the stochastic behavior that characterizes the streamers. The presented optical analysis can also be adapted to other volumetric, single- or multi-point ignition systems. View Full-Text
Keywords: optical engine; imaging; corona ignition; streamer; flame; combustion optical engine; imaging; corona ignition; streamer; flame; combustion
►▼ Show Figures 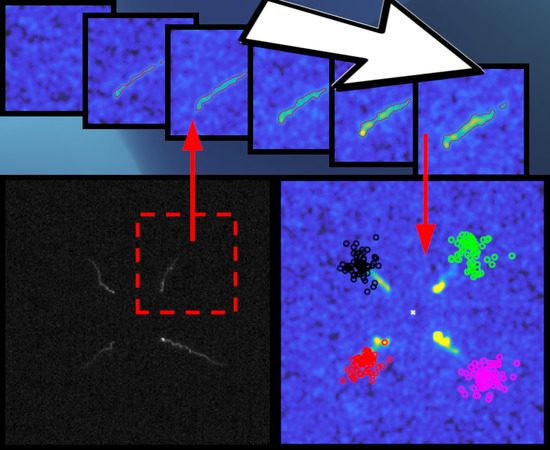