Classification of Hyperspectral In Vivo Brain Tissue Based on Linear Unmixing

The dependence of the Purcell factor on nanowire metamaterial geometry was analyzed. Calculations made about the Purcell factor in realistic composites, operating at an optical spectral range, are provided. We applied a metamaterial, aiming to mitigate the negative effects of absorption in metals on the Purcell effect in nanowire structures. A nanowire metamaterial was treated as an anisotropic composite in the long-wavelength limit. We investigated the mode patterns of the surface waves, propagating at the boundary separating such a structure and a dielectric material, along with the position of the peak in the local density of states, for the various filling factors of the periodic structure. By calculating the frequency dependence of the Purcell factor, we showed an increase in the peak value in comparison with the conventional plasmonic structure in the (1–100 THz) frequency range. Moreover, an optimal set of the parameters, needed to obtain the two topological transitions in the frequency range under investigation, is proposed.
Keywords: Purcell factor; metamaterial; nanowire Purcell factor; metamaterial; nanowire

Nanowire metamaterials, which drastically affect fundamental physics and practical applications, have attracted significant attention over the years. These nanowire metamaterials open wide avenues from which hyperbolic dispersion can be achieved [1]. Considerable scientific interest has been sparked due to the reason that conventional geometry (such as nanowire arrays [2] and metal-dielectric nanostructures [3,4]), allows for the achievement of hyperbolic metamaterial functionality. It is worthwhile mentioning that one may tailor the mode patterns of surface plasmons in an extraordinary way, by means of a one-dimensional, metal-based, corrugated structure that represents a simple metasurface, possessing almost realistic geometry [5].
In doing so, the nanowire composite is a unique example of a hyperbolic medium that opens wide avenues for the high density of states [6,7,8]. A broadband increase in the density of photonic states, in comparison with vacuum by the factor of the order (λ/a)2, where λ is the wavelength and a is the lattice period [9], stands as a particular feature of the wire medium. This causes the remarkable enhancement of the light–matter interaction outcomes; the former includes the spontaneous emission (the Purcell effect) [10,11,12], Vavilov–Cherenkov radiation [13,14], and heat transport [15].
Our goal was to perform a comprehensive analysis that accounted for the finite dielectric constant of the wires. The work is organized in the following way: (1) our theoretical model is presented in Section 2; (2) the study of the eigenmode dispersion of the composite is presented in Section 3. Additionally, the analytical results for the Purcell factor are considered. The discussion about whether the Purcell factor is achievable in different cases is also summarized.

Figure 1 displays the boundary separating the structure under investigation, based on the nanowire composite [16] and the dielectric. It is worthwhile mentioning that each wire only interacts with another as a macroscopic source. The wires characterized by the permittivity εm were implanted in a host media with the permittivity εd. It is worthwhile mentioning that the unit cell of the metamaterial possessed a hexagonal shape. The former arrangement was possible through utilizing the DNA origami nanostructures to guide the higher-order arrangement of the nanowires in a controlled and programmable manner [17]. In doing so, the structure under consideration stands as a promising tool for further applications.
The dielectric properties of the nanowire metamaterial, in different directions, were assessed by means of the Maxwell–Garnett effective medium approximation [1], and were derived by starting from Schrodinger’s wave equation:
Here, ρ is the metal filling fraction factor, calculated as follows:
The Drude model was adopted, with the aim of having a deeper insight into the particularities of the surface waves, and to describe the metal (i.e., silver). In doing so, permittivity was expressed as . The properties were found by matching this permittivity function to a particular frequency range in the bulk material [18]. It was concluded [19] that for the silver, the values of , , gave us a reasonable fit. By making the assumption that the metamaterial unit cell had a hexagonal form, we determined the metal filling fraction (ρ). These calculations were affected by the estimates of the wires’ diameters (d), and the spacing (S), as follows [20]:
Based on the presented assumption, it was worthwhile deriving a dispersion relation, with the aim of having a deeper insight into the mode patterns propagating at the interface, between the anisotropic media and dielectric. To have a deeper insight into the physical effects, it was particularly important to obtain a single surface mode by estimating the tangential components of the electric and magnetic fields at the boundary [21]: where k is the wavenumber being the absolute value of the wavevector in the vacuum, and β is the component of the wavevector parallel to the interface.
By substituting Equations (1), (2), and (5), we arrived at:
We noted that Equations (5) and (6) are valid only under the condition of the surface confinement, which can be presented in the following form:
It is worthwhile noting that if , we arrive at the conventional equation for the propagation of the surface plasmon polaritons on the metal/dielectric interface, presented below as:
The formula for the Purcell factor is as follows [22]:

The resonances of the Purcell factor correspond to the topological transitions. It is worthwhile noting that we have chosen the optimal geometry of the nanowire metamaterial, aiming to achieve two topological transitions in the investigated frequency range. The obtained results provide fertile ground for broadband and strong radiation enhancement. The former is applicable in optical nanosensing, and in the radiative cooling of tiny bodies. Plenty of the described results have been achieved for nanowires made of silver. However, these findings might be similarly observed in the cases of other polaritonic materials.

This project has received funding from the European Union’s Horizon 2020 research and innovation programme, under the Marie Sklodowska Curie grant agreement No 713694, and from the Engineering and Physical Sciences Research Council (EPSRC) (Grant No. EP/R024898/1). E.U.R. also acknowledges the partial support from the Academic Excellence Project 5-100, as proposed by Peter the Great St. Petersburg Polytechnic University. 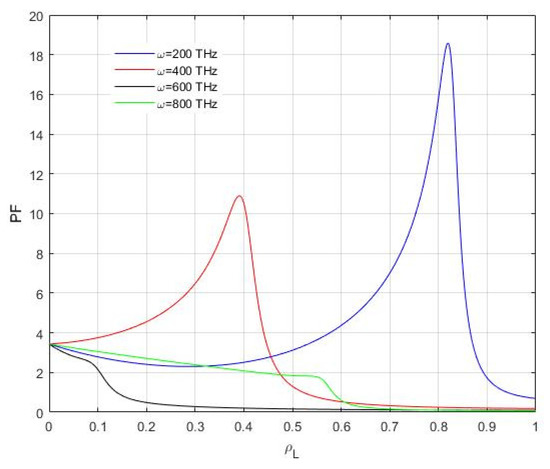