UV Sensitization of Nitrate and Sulfite: A Powerful Tool for Groundwater Remediation

Groundwater contamination by nitrate and organic chemicals (for example, 1,4-dioxane) is a growing worldwide concern. This work presents a new approach for simultaneously treating nitrate and 1,4-dioxane, which is based on the ultra-violet (UV) sensitization of nitrate and sulfite, and the production of reactive species. Specifically, water contaminated with nitrate and 1,4-dioxane is irradiated by a UV source (<250 nm) at relatively high doses, to sensitize in situ nitrate and generate OH•. This leads to the oxidation of 1,4-dioxane (and other organics) and the (undesired) production of nitrite as an intermediate. Subsequently, sulfite is added at an optimized time-point, and its UV sensitization produces hydrated electrons that react and reduces nitrite. Our results confirm the effectivity of the proposed treatment: UV irradiation of nitrate (at >5 mg N/L) efficiently degraded 1,4-dioxane, while producing nitrite at levels higher than its maximum contaminant level (MCL) of 1 mg N/L in drinking water. Adding sulfite to the process after 10 min of irradiation reduces the concentration of nitrite without affecting the degradation rate of 1,4-dioxane. The treated water contained elevated levels of sulfate; albeit at much lower concentration than its MCL. Treating water contaminated with nitrate and organic chemicals (often detected concomitantly) typically requires several expensive treatment processes. The proposed approach presents a cost-effective alternative, employing a single system for the treatment of nitrate and organic contaminants. View Full-Text
Keywords: photo-sensitization; nitrate; sulfite; 1,4-dioxane; groundwater photo-sensitization; nitrate; sulfite; 1,4-dioxane; groundwater
►▼ Show Figures 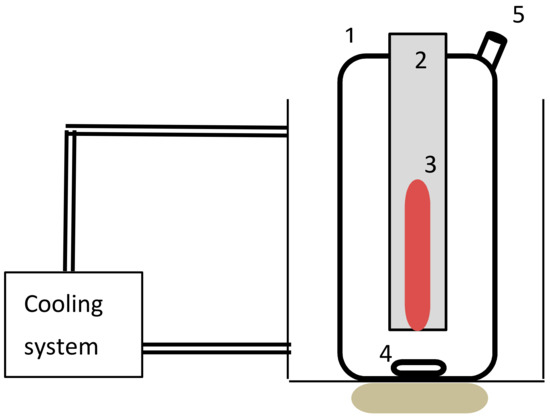