The general methodology for generating uncertainty affected hydrological, morphological and operating input data for the related water management analysis of a reservoir for its storage capacity was described in [21]. Generally, uncertainties of input quantities are introduced into the calculations using the Monte Carlo method. Using cumulative distribution function F(X) and a random number generator, random positions of values NXi corresponding to the interval of initial uncertainty are generated. Value Xi is considered as a random and independent value to the values Xi-1 and Xi+1. This presumption allows the use of the normal probability distribution N(μ(X),σ(X)). Then, the input value Xi is considered as the mean μ(X) and uncertainty size is defined as the standard deviation σ(X). Subsequently to each mean μ(Xi), a cumulative distribution function F(X) of the standard normal probability distribution is created. The random number generator creates random numbers from the interval and then the position of the random value NXi is calculated.
The basic principle of generating random positions of (NVi, Nhi) is similar to the above mentioned theory. The difference is given by the construction of random points which requires building two independent Monte Carlo generators. Each generator will design a random position of point NXi (e.g., water level elevation Nhi) and will add a random value NYi to it (of the water volume in the reservoir NVi). For the line of the area–volume curve, the result is a random point coordinate (NVi, Nhi) of the line of the elevation–volume curve, see Figure 1.
From the point of view of the Monte Carlo simulations, the main differences from the publications [13] and [21] are in the data which enters into the reservoir simulation model. Regarding the design of a reservoir, water seepage it is not considered in calculations such as those in [21]. In addition, neither is extended hydrological data in form of artificial time series based on AR and ARMA models considered [13]. The uncertainty is applied on the inflows into the reservoir; the water evaporation losses from the reservoir, the reservoir elevation–volume curve and the reservoir elevation–area curve are considered as hydrological and operating inputs. The principle of introducing uncertainty into the calculation of the active reservoir conservation storage capacity is shown in Figure 2.
The application of uncertainties into the input data gives rise to generated random water inflows into the reservoir, random water evaporation from the reservoir and a random reservoir elevation–volume curve and reservoir elevation–area curve. These random ensembles serve as input values for a simulation model which uses single-pass simulation of the reservoir behavior in the conditions of data uncertainties.

Practical application is based on the needs for a feasibility study of variants for the open water reservoir Hanušovice. The Morava River Basin Authority has commissioned a study of a water management solution for the Hanušovice reservoir in order to enhance the water supply purposes of the regions in the north-east part of the Czech Republic. The presented results of calculations are done for the intended variant A—a large reservoir below the confluence of Morava and Krupá Rivers, see in Figure 3.
The input values for the calculation were constituted by the time series of the mean monthly flow in the duration of 66 years for the time period of 1950 to 2014 in the profiles of Vlaské on the Morava River and Habartice on the Krupá River. Both profiles are operated and data is managed by CHMI (Czech Hydrometeorological Institute). The mean annual evaporation Ea was consequently divided among individual monthly values of evaporation according to the standard Reservoir storage capacity analysis (ČSN 75 2405, 2004) [27]. Bathymetric curves are determined using the GIS software and a DTM—Digital Terrain Model.
The reservoir is designed with regard to the calculation of the storage volume Vz for 100% reliability. Furthermore, the reliability of the reservoir storage volume is analyzed, as well.
The value of annual evaporation from the water level Ea is 700 mm from the estimated water level altitude of approximately 460 m a.s.l. Improved outflow from the reservoir Op ranged between 0.6 and 0.8 (60% to 80%) of the reservoir yield. According McMahon and Adeloye [28], the yield is the controlled release from the reservoir system and is often expressed as a ration or percentage of the mean annual inflow to the reservoir. During calculation, many different possibilities of reservoir yield have tested. A yield interval from 0.6 to 0.8 is taken into account according to the best utilization of water inflow conditions. The input value of extended uncertainty of the storage volume is entered constantly for all parameters within the range of ±6% and ±9%. For all uncertainties, a uniform distribution is considered. The presented initial uncertainty evaluation is considered as more conservative, rising from uncertainty of measurement. The number of repetitions of random input parameter generation using the Monte Carlo method equaled 300. A total of 300 repetitions were done due to two reasons: first, better statistical evaluation; second, 300 repetitions is the best ratio between the value according to computation time and the accuracy of results. For these two reasons, the different number of repetitions was tested.
The designed reservoir profile is located below the confluence of the Morava and Krupá Rivers; the closest water measuring profile is Raškov. The flow series for the reservoir profile was considered in a simplified way as the sum of the flow series Vlaské and Habartice. The effect of the sub-basin between the profiles was neglected. The mean long-term annual flow Qa is 4.087 m3·s−1.

This paper was supported by the specific research project FAST-S-15-2694 “Uncertainty propagation in the hydrological and water management applications for mitigation of drought on the open water reservoir”. 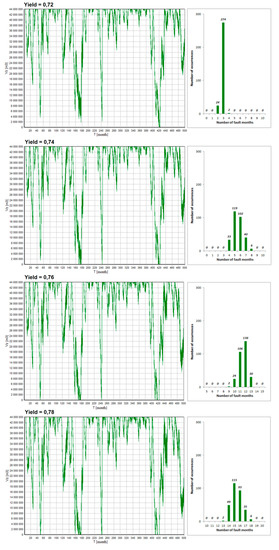 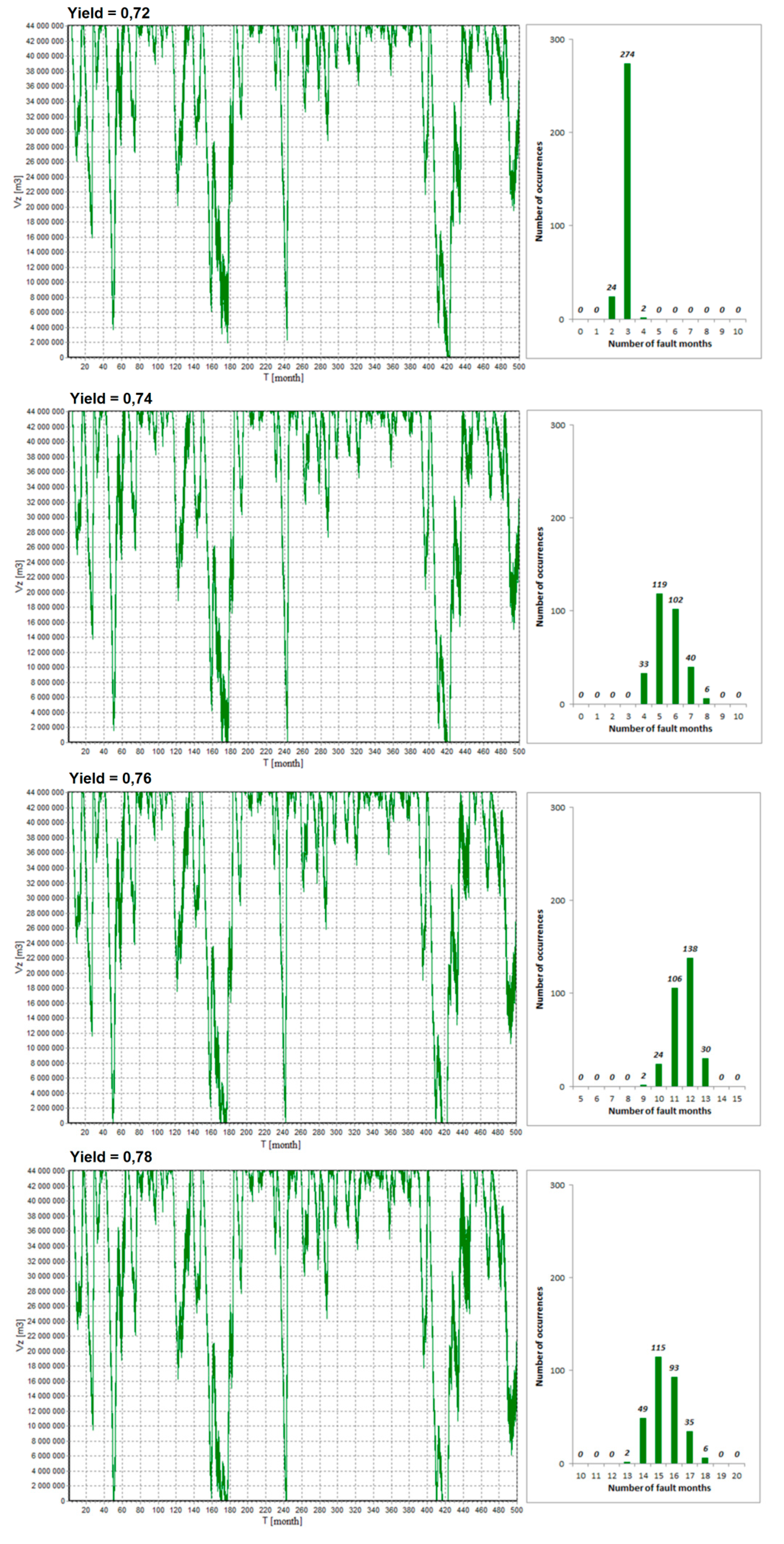 Table 2. Calculation of temporal reliability of water outflow from the reservoir considering the input uncertainties.