DSM Nosology Changes in Neuropsychological Diagnoses through the Years: A Look at ADHD and Mild Neurocognitive Disorder
Next Article in Special Issue

Through the Kinesthetic Lens: Observation of Social Attunement in Autism Spectrum Disorders
Previous Article in Journal

Sex-Specific Effects of Childhood Poverty on Neurocircuitry of Processing of Emotional Cues: A Neuroimaging Study
Previous Article in Special Issue

“We Dance and Find Each Other”1: Effects of Dance/Movement Therapy on Negative Symptoms in Autism Spectrum Disorder

This study evaluates the contribution of peripheral biomarkers to comorbidities and clinical findings in autism. Seventeen autistic children and age-matched typically developing (AMTD), between three to nine years old were evaluated. The diagnostic followed the Diagnostic and Statistical Manual of Mental Disorders 4th Edition (DMS-IV) and the Childhood Autism Rating Scale (CARS) was applied to classify the severity. Cytokine profile was evaluated in plasma using a sandwich type ELISA. Paraclinical events included electroencephalography (EEG) record. Statistical analysis was done to explore significant differences in cytokine profile between autism and AMTD groups and respect clinical and paraclinical parameters. Significant differences were found to IL-1β, IL-6, IL-17, IL-12p40, and IL-12p70 cytokines in individuals with autism compared with AMTD (p < 0.05). All autistic patients showed interictalepileptiform activity at EEG, however, only 37.5% suffered epilepsy. There was not a regional focalization of the abnormalities that were detectable with EEG in autistic patients with history of epilepsy. A higher IL-6 level was observed in patients without history of epilepsy with interictalepileptiform activity in the frontal brain region, p < 0.05. In conclusion, peripheral inflammatory markers might be useful as potential biomarkers to predict comorbidities in autism as well as reinforce and aid informed decision-making related to EEG findings in children with Autism spectrum disorders (ASD).
Keywords: Autism spectrum disorders; comorbidities; EEG; behavior; epilepsy; neuro-inflammation; social interaction Autism spectrum disorders; comorbidities; EEG; behavior; epilepsy; neuro-inflammation; social interaction

Autism spectrum disorders (ASD) are neurodevelopmental disorders defined by significantly abnormal social interaction, impaired communication and language difficulties, and narrow patterns of interests. Symptoms appear during infancy or childhood and generally are followed by a steady course without remission. Symptoms gradually begin after the age of six months to become established by age two or three years old and continue through adulthood, although generally more attenuated.
Growing data suggest the impact of immune dysfunction on neuron development and autism outcome [1,2,3,4,5,6,7,8]. Changes in cytokine levels have been reported in cerebrospinal fluid (CSF) of patients with autism, showing brain inflammation [6,7]. Previous reports on autism include findings regarding changes in IL-1β, IL-10, IL-6, IL-17, and IL-12 cytokines and differential cellular immune response associated with disease severity and impairment in behaviors in ASD [8,9,10]. In some cases, evidence has also been provided regarding cytokine’s role in mediating suppression of both FoxP3 (+) and FoxP3 (−) T regulatory cells in this disorder [11].
Evidence from other studies show an increased prevalence of epilepsy and/or abnormalities in electroencephalography(EEG) in these children, as well as an increased risk of seizures at puberty [12,13,14,15,16]. It is estimated that approximately one-third of children and adolescents with autism experiences seizures [17,18], nevertheless the role of inflammation in autism and its contribution to associated comorbidities, like epilepsy, continues to be a still unresolved question.
Evidence from several previous studies had marked the role of pro-inflammatory cytokines, such as IL-1, IL-6, and TNFα, as main factors in the generation of abnormal behavioral and electroencephalography patterns occurring in autism.The current study was designed to explore changes in cytokine profile in autism and their relevance to clinical and paraclinical parameters. This study evaluated the contribution of inflammation to clinical outcome and comorbidities in autism, showing that peripheral inflammatory markers might be used to predict comorbidities in autism as well as became useful to reinforce and aid informed decision-making related to EEG findings in these affected children.

The study considered seventeen children with clinical diagnosis of ASD and fifteen age-matched typically developing (AMTD) children. The diagnosis was followed according to DSM-IV-TR 2000: the Diagnostic and Statistical Manual of Mental Disorders, Fourth Revision [19,20,21,22]. The autistic patient group was between three and nine years old, including 12 male and 5 female patients. The patients were also classified according disease severity. The Childhood Autism Rating Scale (CARS) test was used by research reliable severity score [23,24]: 1 patient who has a CARS score of 37 or more was classified as severe; 11 patients were classified with moderate severity having a CARS score between 32 and 37, and 5 patients were classified as mild, on account of their CARS score being below 32. Informed consent was obtained from parents or caregivers of children to be included in the study. The parents were also informed about the objective and benefits of the study as well as their right to be excluded at any time, under their decision. The study was carried out in accordance with the Helsinki norms and rights for human research and was approved by the Ethical Committee of the International Center for Neurological Restoration. The clinical characteristics of all participants are summarized in Table 1.

Routine awake and sleep 60-minute-EEG or both were performed with a Medicid-5 digital EEG system (Neuronic SA, Cuba), with 32 channels. Monopolar leads were employed, using Fpz electrodes as reference. Moreover, electrodes placed over the superior and inferior rim were used in order to record eye movement artifacts for easing their detection in the EEG records. EEG technical parameters were: gain 20,000, pass-band filters 0.1–70 Hz, “notch” filter at 60 Hz, noise level of 2 lV(root mean square), sampling frequency 200 Hz, and electrode–skin impedance never higher than 5 KX. EEG analyses were performed by two board-certified electroencephalographers.
Type and localization of EEG epileptiform abnormalities in awake/sleep-EEG recordings were evaluated. EEG studies were classified as epileptiform if spikes, sharp waves, or spike/slow waves complexes were recorded. Abnormalities such as slowing of the background or other non-epileptic pattern were not considered. All activity regarded as artefactual was excluded.

Peripheral blood samples were collected from each subject for serum analysis. Whole blood was collected into ethylenediaminetetraacetic acid (EDTA) coated collection tubes. The tube was inverted 10 times to mix the blood with the EDTA, and stored on ice until further processing. In all cases, the duration from collection to freezing was noted. Blood was separated by centrifugation at 1000× g in a swinging bucket centrifuge pre-chilled to 4 °C. The plasma was harvested, placed into 200 μL aliquots, and stored at −80 °C until cytokine analysis (no freeze-thaw cycles occurred before analysis).

Statistical analysis was performed using the Statistic 6 version Software. Categorical data were described by absolute frequencies and percentages and the continuous variables as median and standard error. The Kolmogorov-Smirnov and Shapiro-Willkie tests of normality were applied to analyze the normal distribution of the variables.Differences between groups and in respect to disease severity were determined by Student independent t tests. The associations between qualitative variables were evaluated by Fisher exact tests. Statistical significance was defined as p < 0.05.

3.1. Clinical and Demography Description of the Group

All patients showed interictal epileptiform activity with EEG, however, 37.5% of them had epilepsy. The abnormalities with EEG were focused on brain frontal-temporal region in 50% of the autistic patients tested, but it was not significantly associated with epilepsy (Fisher exact test p = 0.58). Figure 1 and Figure 2 represent the EEG measures in autistic patients with and without epileptic seizures.

This article presents a preliminary finding regarding the role of cytokines on the expression of ASD, describing the molecular process of immune response and also the role of cytokines (biomarkers) on the expression of endophenotype by severity, in line with measures of EEG. Although still a debate in the ASD literature, the mechanism by which the immune response is described here suggests an interesting relationship and could inform future studies examining ASD severity and comorbid seizure disorder. The finding relating brain function to immune response further supports existing evidence that peripheral toxins cross the blood brain barrier and may have a more significant contribution to the expression of ASD as a result of neurotoxicity and dysregulated immune response during a critical period of neural development. This process could affect the natural “pruning process” of apoptosis, which is considered essential for forming efficient neural pathways during the early stages of typical development. Additionally, other measures demonstrating sensitivity to factors based on developmental level and chronological age are suggested for future studies in order to exclude factors based on developmental level and chronological age with impact on disease severity. Other studies must also consider clinical measure like verbal vs. nonverbal communication, which might be helpful to confirm evidence presented in this paper.
At the same time, the aberrant connectivity (see above) also shows an impact on the expression of behavioral patterns of ASD in line with comorbid seizure disorder. In this case, other studies measuring EEG predictive validity with ASD diagnosis and severity according to a more clearly defined standard of clinical phenotype and endophenotype would be useful to reduce probable confounds of heterogeneity within the individuals with ASD studied.

The authors appreciate the contribution of all parents of children and give special acknowledgments to everyone who waswilling to participate in this study. 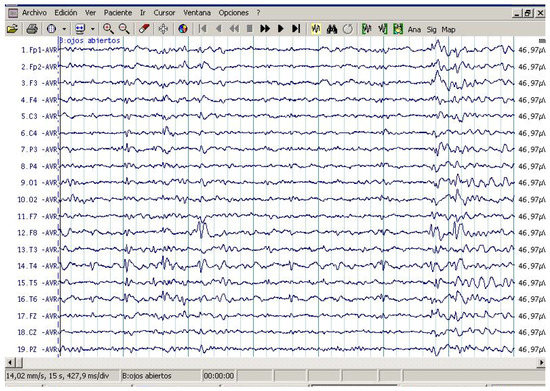 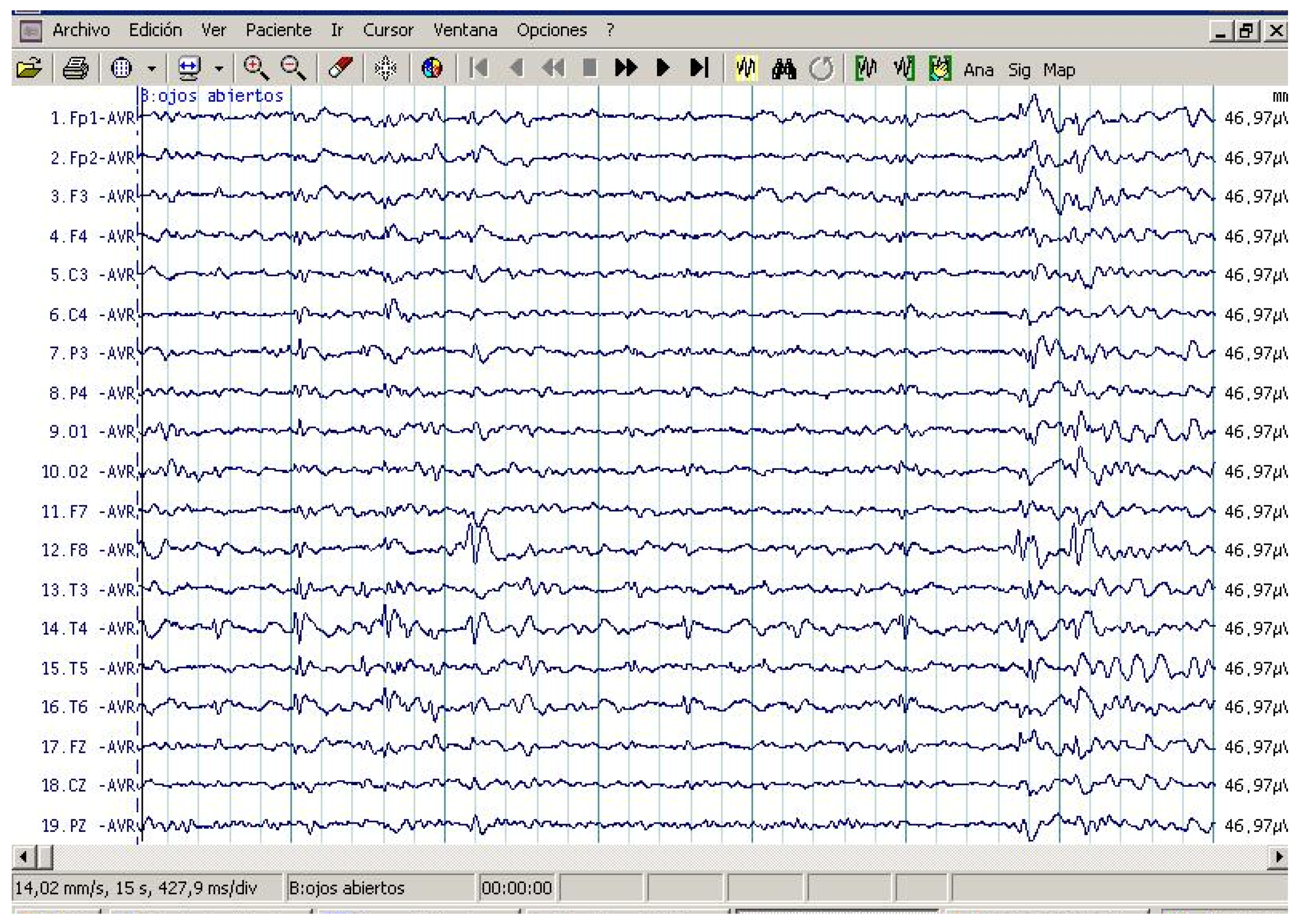 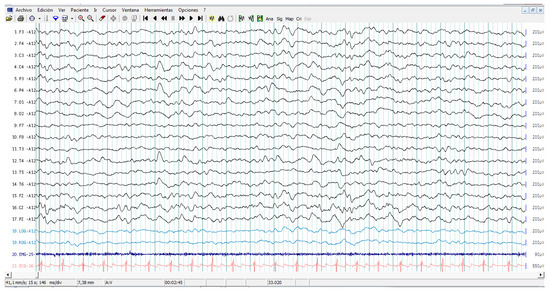 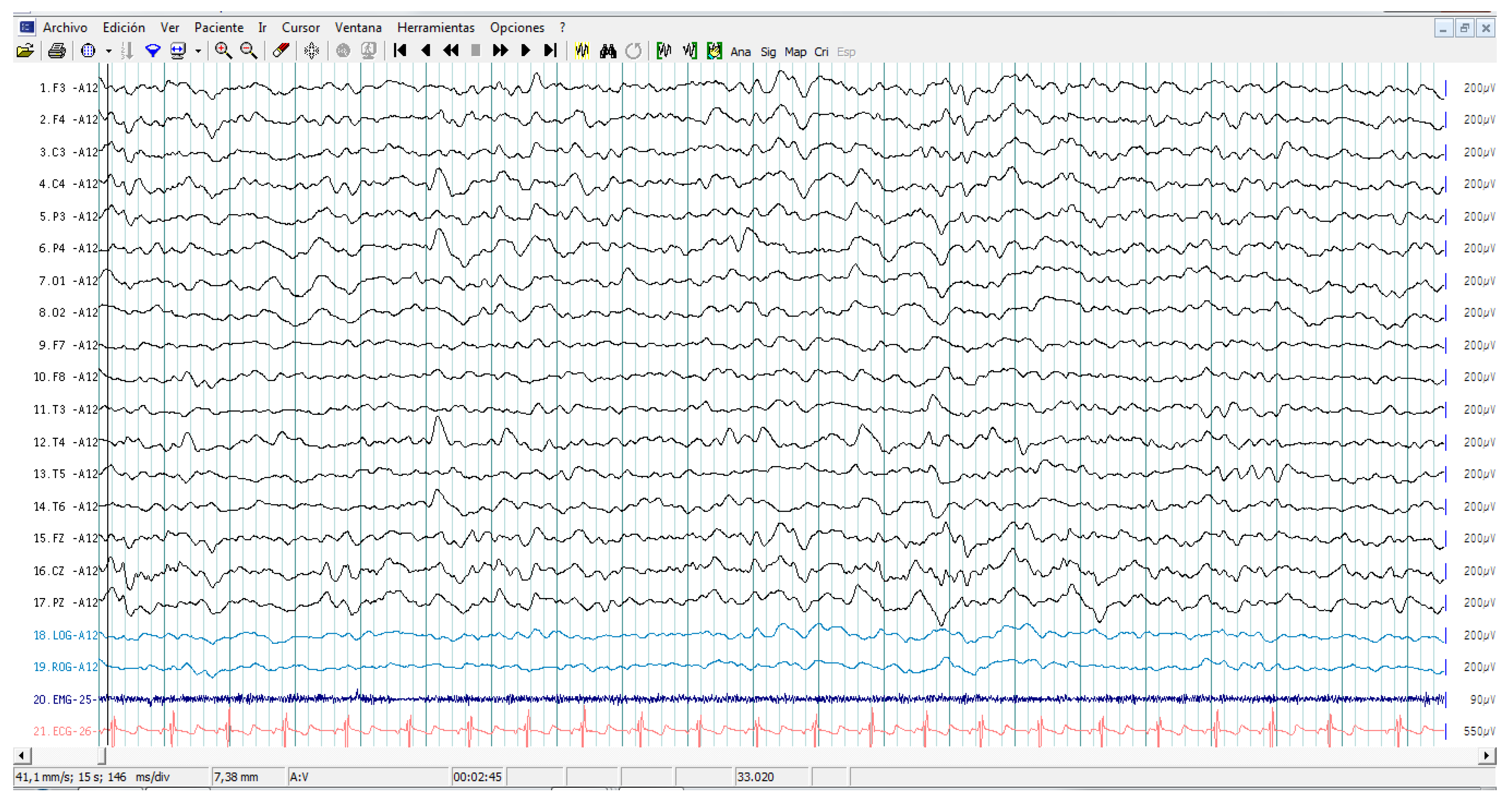 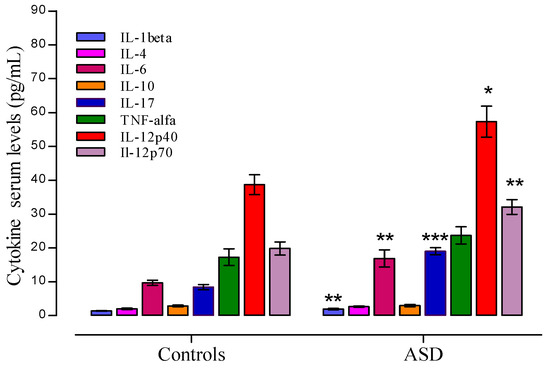 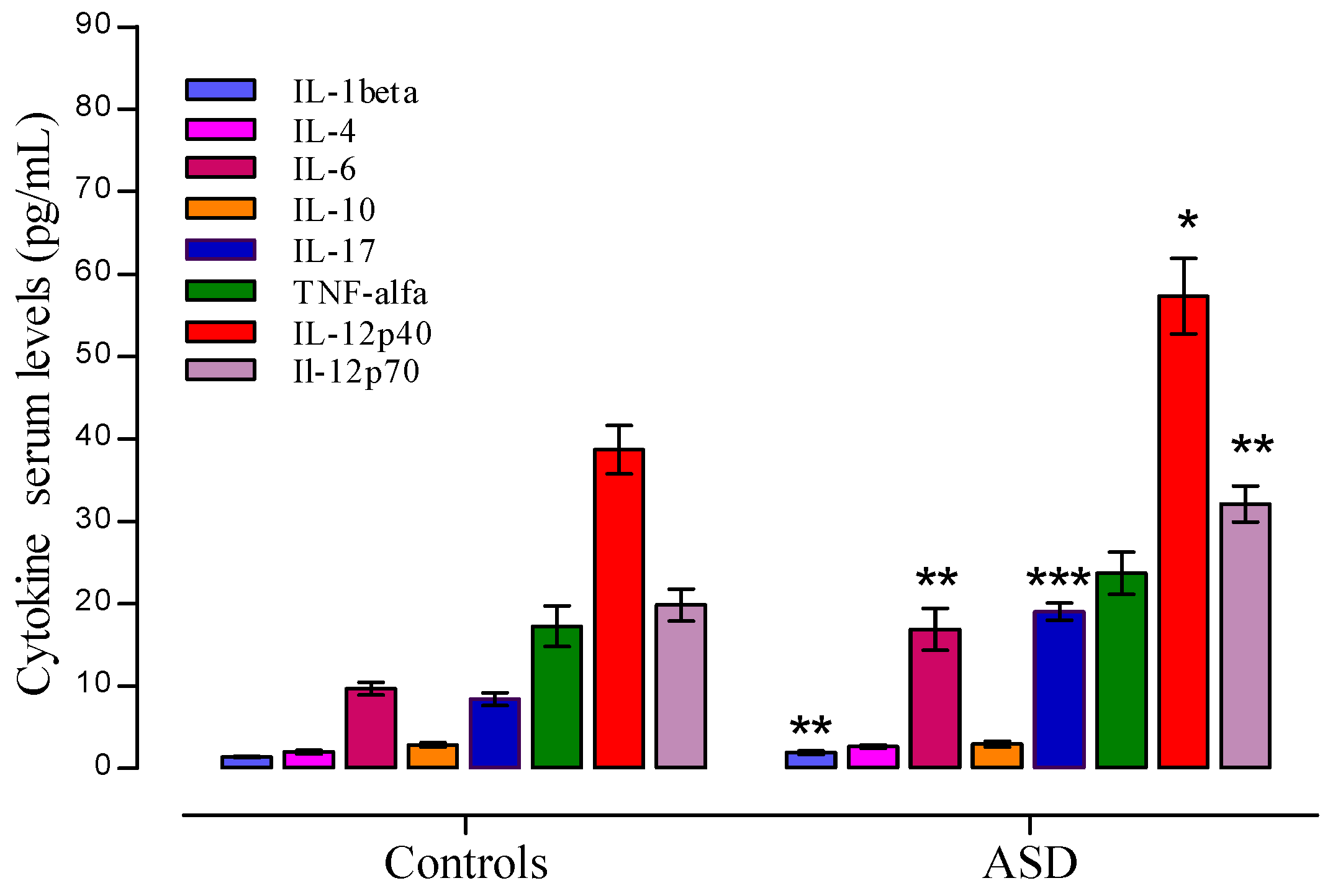