Is Black Always the Opposite of White? An Investigation on the Comprehension of Antonyms in People with Schizophrenia and in Healthy Participants

The imbalance between testosterone (T) and cortisol (C) levels has been proposed as a possible marker of risk for intimate partner violence (IPV). Moreover, it could be related to a high probability of adopting risky behaviors such as alcohol abuse which, in turn, promotes the onset of IPV. This study tested the potential mediating effect of alcohol consumption on the relationship between baseline T/C ratio and anger expression in IPV perpetrators and non-violent controls. Alcohol consumption was higher in the former than controls. A high baseline T/C ratio was only associated with high anger expression in IPV perpetrators, and this association was mediated by high alcohol consumption. Thus, alcohol abuse may act as a catalytic factor in this relationship, high consumption promoting the onset of IPV. These findings contribute to the development of effective treatment and prevention programs, which could introduce the use of biological markers for preventing the onset, development and recidivism of IPV. View Full-Text
Keywords: alcohol; anger expression; intimate partner violence; testosterone/cortisol ratio alcohol; anger expression; intimate partner violence; testosterone/cortisol ratio
►▼ Show Figures 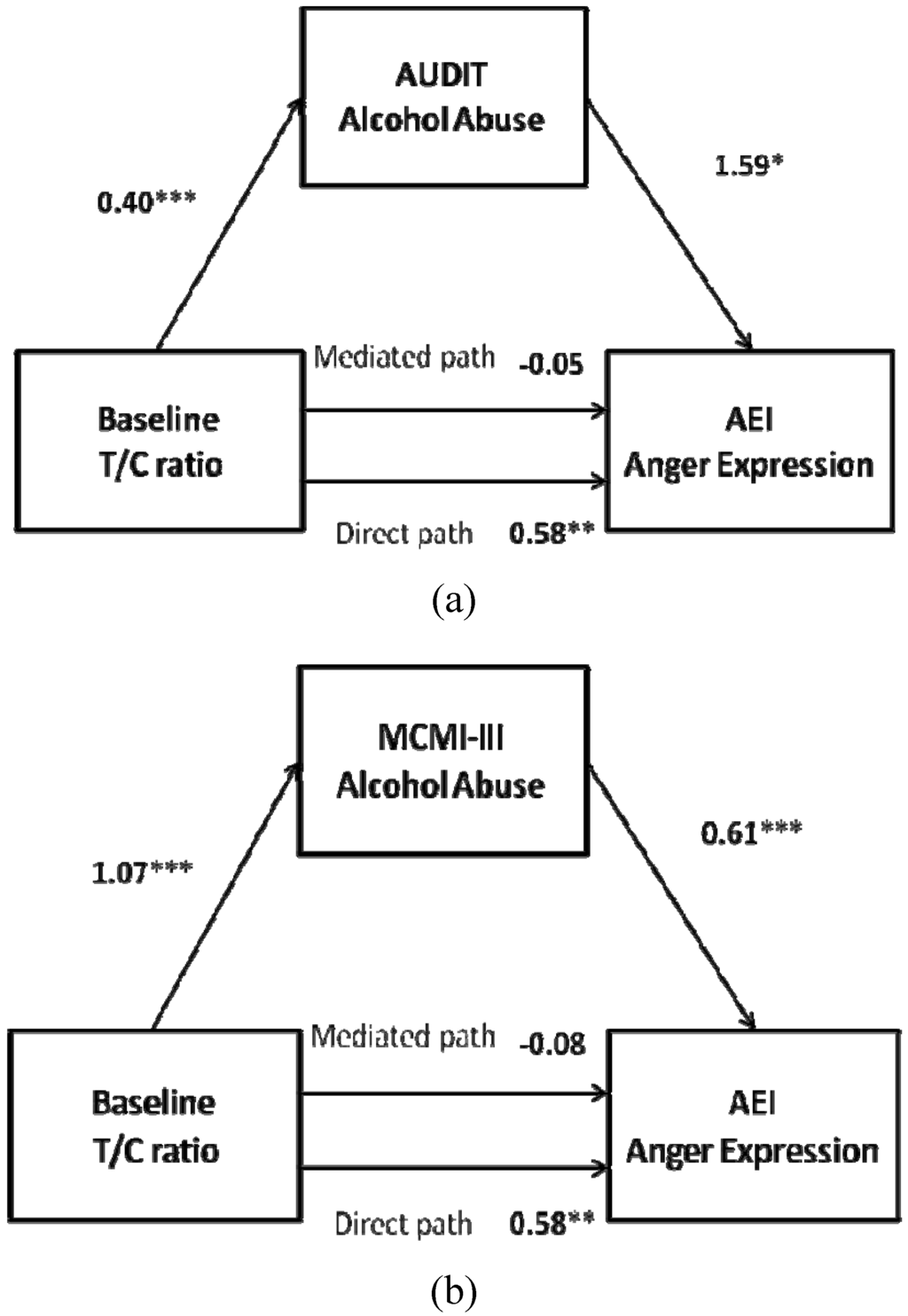