The Relationship between the Conscious Self-Regulation of Schoolchildren’s Learning Activity, Their Test Anxiety Level, and the Final Exam Result in Mathematics
Previous Article in Journal / Special Issue

Strengthening Marriages in Egypt: Impact of Divorce on Women

Crisis of Meaning and Subjective Well-Being: The Mediating Role of Resilience and Self-Control among Gifted Adults

At measurement time 1, crisis of meaning was assessed by five items out of the Sources of Meaning and Meaning in Life Questionnaire (SoMe; German version: LeBe) [6,7]. Items were rated on a six-point Likert scale from 0 (strong disagreement) to 5 (strong agreement). Internal consistency was good for crisis of meaning (αHIQ = 0.95; αHAA = 0.78).
After four years, at measurement time 2, the three other variables (subjective well-being, resilience, and self-control) were assessed. Subjective well-being was measured by the WHO-5 Well-being Index (WHO-5) [54]. The five items were rated on a six-point Likert scale from 0 (at no time) to 5 (all the time). The scale measures a subjective account of well-being based on positive mood and vitality. WHO-5 demonstrated good internal consistency in this study (αHIQ = 0.82; αHAA = 0.80). Resilience was assessed using the short German version of the resilience scale (RS-13) [31,32]. The 13 items were rated on a seven-point Likert scale from 1 (disagree) to 7 (agree) and measured an individuals’ ability to cope with and bounce back from adversity. Possible scores range from 13 to 91 with higher scores indicating higher resilience. Internal consistency in the current study was good (αHIQ = 0.81; αHAA = 0.89). Self-control was measured using the short German version of the self-control scale (SCS-KD) [37,55]. The 13 items were rated on a five-point Likert scale from 1 (totally disagree) to 5 (totally agree). The scale measures the ability to override or modify one’s inner responses and the ability to interrupt undesired behaviors. SCS-KD showed good internal consistency (αHIQ = 0.85; αHAA = 0.86).

To test the three hypotheses, I used IBM Statistical Package for the Social Science (SPSS; version 24). First, I analyzed descriptive statistics and Cronbach’s alpha of all measures. Correlation coefficients of r = 0.10–0.29 were interpreted as a weak effect, coefficients of r = 0.30–0.49 were interpreted as a moderate effect, and coefficients of r ≥ 0.50 were interpreted as a strong effect [56]. Second, I utilized a MANCOVA to test for group differences within the observed variables. Third, I used PROCESS (Version 3.1), a macro for SPSS developed by Hayes [57] to conduct multiple mediation analyses (model number 4). Including a mediator gives a better understanding of the underlying mechanisms, which influence the association between the independent and dependent variable [58]. In addition, a multiple mediation analysis allows for the simultaneous examination of multiple mediators, whereby effects of each mediator are reported, while controlling for all other proposed mediators [57]. I tested multiple mediation models for both groups, with crisis of meaning as independent variable, subjective well-being as dependent variable, resilience and self-control as mediators (see Figure 1).
Variables were mean centered to minimize multi-collinearity. I applied a bootstrap method recommended by Preacher and Hayes [59], 5000 resampling with replacement. Bootstrapping has multiple strengths [57,59]. First, it provides reliable estimates of indirect effects. Second, it has higher power and better Type I error control than alternative mediation analyses. Third, bootstrapping produces a distribution using the observed data to estimate statistical effects and is therefore recommended for analyses with small sample sizes. Fourth, bootstrapping does not require standard normality of the sampling distribution [57,59]. As recommended by Hayes [57], the indirect effect is interpreted as significant when the upper and lower bounds of the 95% percentile confidence intervals, based on 5000 bootstrap samples, do not contain zero [57,60]. This approach anticipates that 95% of the confidence interval contains the true parameter value [57].

This study aimed to reveal underlying psychological mechanisms (i.e., resilience and self-control) that mediate the association between crisis of meaning and subjective well-being among gifted individuals. Several scholars [14,21,22] recommended a differentiation between various facets of giftedness. Based on this recommendation, I analyzed longitudinal data of representatives of “giftedness as potential” (HIQ group) and representatives of “giftedness as manifested achievement” (HAA group) to discover specific psychological needs of these groups.
The HIQ group reported, as expected in hypothesis 1, higher crisis of meaning and lower self-control than the HAA group. These results are in line with findings of scholars who suggested existential troubles [14,23], lower psychosocial adjustment among the HIQ [25,26,27,28,29], and group differences between HIQ and HAA [14,23].
In accordance with hypothesis 2, crisis of meaning decreased both gifted groups’ subjective well-being via a reduction of their psychological adjustment resources. Moreover, results revealed group differences with regard to the mediators in accordance with hypothesis 3. HIQ’s resilience (but not self-control) mediated the relationship between crisis of meaning and subjective well-being. Thus, their decreased ability to cope with adversity decreased their subjective well-being. Given these findings, one could assume that intellectually gifted individuals lack problem-focused coping strategies, which, in turn, leads to a decrease in their subjective well-being. These findings support Luthar’s [36] suggestion that individuals with high intelligence have an enhanced sensitivity to stressors, which, in turn, lowers their ability to bounce back from adversity.
In accordance with hypothesis 3, findings revealed contrasting results regarding the mediators among the HAA group. Self-control (but not resilience) mediated the relationship between crisis of meaning and subjective well-being. Thus, crisis of meaning diminished HAA’s capacity to delay undesired emotions, behavior or desires. This inflexibility to respond consciously to stimuli (internal or external) and the missing focus of awareness—when suffering from a lack of meaning—in turn, decreased their subjective well-being. These findings are in accordance with a recent longitudinal study that suggests a strong link between self-control and subjective well-being among academically high-achieving adults [51].
The results of this study demonstrate that a lack of meaning can reduce the beneficial effects of resilience among HIQ and self-control among HAA. Both resilience and self-control are beneficial resources with the potential to support gifted individuals in living happy and fulfilled lives. Thus, HIQ could particularly benefit from supporting their ability to cope with adversity, while HAA could particularly benefit from strengthening their willpower to modify undesired emotions, behaviors, and desires. Scholars and practitioners could apply these findings in, e.g., talent development trainings, future (interventional) studies or counseling of gifted persons. However, these are first findings and, thus, need replication studies to draw more valid conclusions. Moreover, future studies could examine whether gifted individuals can benefit from resilience trainings that enhance problem-focused coping strategies or self-regulation trainings that improve their ability to delay gratification [38,45].
In addition, results emphasize that the groups use different psychological adjustment mechanisms when facing critical life events (i.e., crisis of meaning), which endorse the assumption that these two groups have overlapping characteristics but are indeed distinct groups [14,21,22]. Given these findings, I encourage scholars to distinguish between different facets of giftedness, e.g., intellectually giftedness and high achievement in future studies.
One strength of this study is its longitudinal design, which allowed the investigation of multiple mediating associations between a lack of meaning and subjective well-being over time. The longitudinal design allows for a more accurate prediction of these associations than a cross-sectional design. Two times of measurement were sufficient to test the proposed multiple mediation models. However, future studies could consider more times of measurement, which would allow to gain more insights about certain long term effects of life meaning on gifted individuals’ well-being and mental health. A second strength is the diversity of the two gifted groups, which enabled the analysis of specific psychological needs. Despite these strengths, some limitation should be considered. First, the reported associations might not be causal but influenced by further, non-assessed, constructs. Second, the sample included two pre-selected gifted groups: (a) members of the high IQ society Mensa and (b) academic achievers who obtained their doctorate sub auspiciis praesidentis rei publicae, which can compromise the generalizability of the results to other (unselected) gifted individuals. In addition, most of the participants were German or Austrian, which can compromise the generalizability of the results to other nationalities. Third, the data are based on self-reports of the 152 participants. Thus, there is a risk of selective recollection of data and over- or under-reporting. However, the assessed scales have been shown to be reliable and valid measures throughout numerous studies [6,7,31,32,37,54,55].

The findings of this study contribute to a more comprehensive empirical understanding of meaning in life, happiness, and the role of underlying mediating mechanisms (i.e., resilience and self-control) among intellectually gifted adults and academically high-achieving adults. The revealed group differences give valuable insights about different psychological and developmental needs of gifted individuals. Raising awareness for the existential and psychological needs of gifted individuals and integrating these needs in talent development programs, counseling, and future giftedness research can support gifted individuals in reaching their best potential and living fulfilled and happy lives. Comprehensive talent development programs that combine the development of intellectual skills, existential, and psychological needs have the potential to foster gifted individuals’ growth, which, in turn has multiple benefits for the society, e.g., innovation, competitive advantage, efficiency, or progress in science [61].

This research was made possible by the award of a Talent Austria Doctoral Research Scholarship of the OeAD—GmbH to the author, supported by the Austrian Federal Ministry of Science and Research and the Austrian Research and Support Centre for the Gifted and Talented.

I thank all participants who dedicated their time and energy to participate in this study and Mag. Matthias Zehentner, MA for his valuable feedback. In addition, I would like to thank the University of Innsbruck for granting me a Ph.D. scholarship. 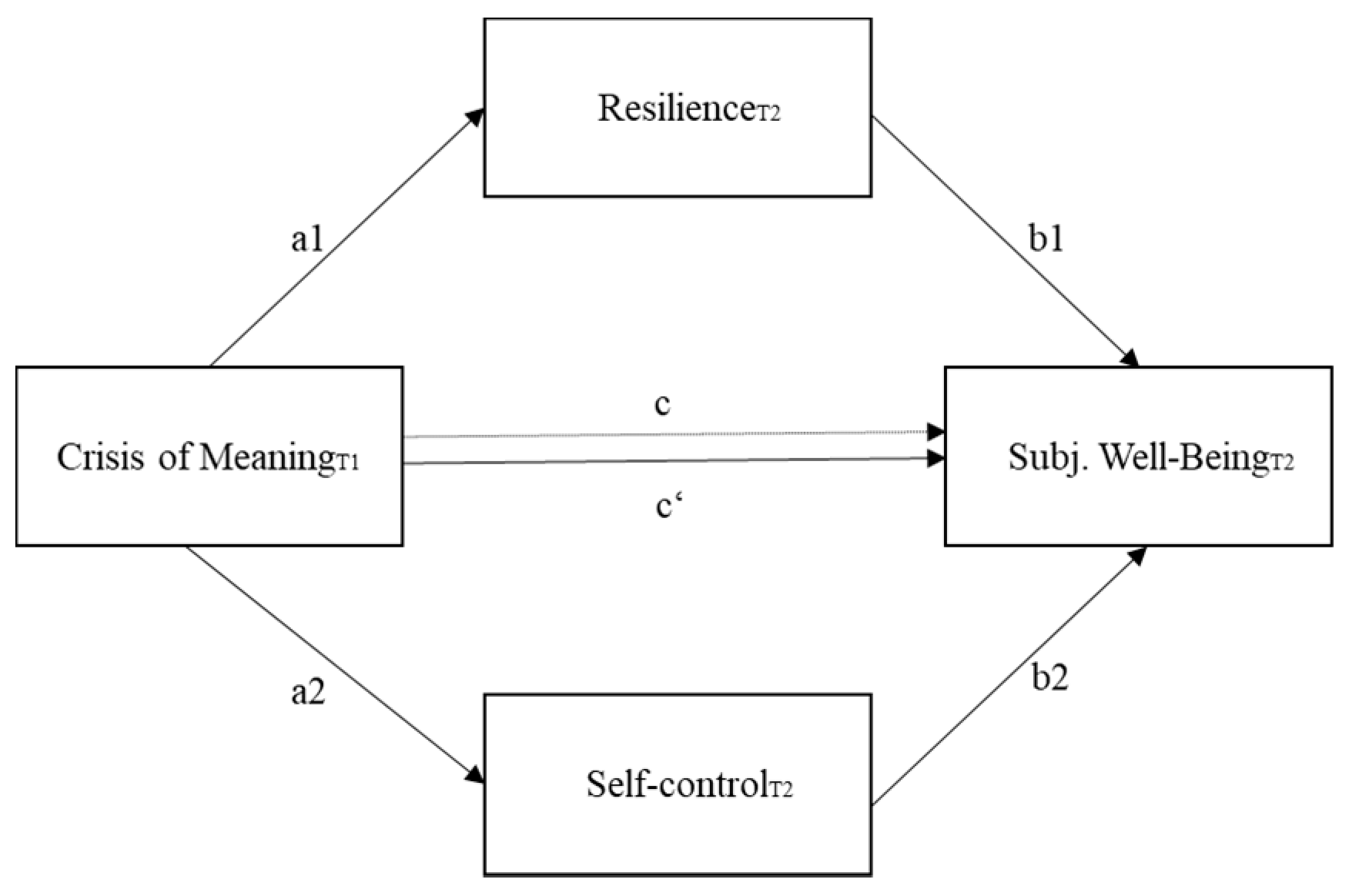