Estimates of Soil Renewal Rates: Applications for Anti-Erosion Arrangement of the Agricultural Landscape

Engineering and geographic substantiation of the anti-erosion organization of agricultural landscapes requires not only differentiated estimations of erosion losses, but also commensurate (in terms of space–time scales) estimations of the soil loss tolerance. The main approaches for determining the participation of estimations of soil formation in the substantiation of erosion tolerance have been defined. This study is aimed at justifying the methods of incorporating the results of pedogenesis modeling into computational methods for organizing agricultural landscapes. This paper presents the results of a study of the process of formation of the humus horizon and the accumulation of organic carbon in soils, based on soils from archaeological sites in the Crimean Peninsula over a period from 25 to 2000 years ago, with differences in climate and parent rock, in a region with a thousand-year history of human activity. The patterns of variation in the thickness of the humus horizons over time and the accumulation of carbon were determined, and estimates for the rate of the pedogenesis were obtained. In connection with the slowing of the rate of pedogenesis over time, the chronofunction of the change in the thickness of soils (of both exponential and logistic types) may be applied and, on this basis, it is possible to calculate the rates of the formation of the humus horizon depending on the morphological status of the soils. During re-naturation of highly degraded soils, maximum renewal rates may take place only with a very high input of organic matter, which is crucial to take into account in the development and implementation of programs for the rehabilitation of degraded lands. Under the conditions of slope agriculture, the rationale for T-values should be linked to many factors of the input and consumption of organic carbon, which provides a logical mathematical model of the formation of soil quality. For soil quality management on agricultural lands, a formula for calculating T-values, using an equation where the rate of pedogenesis is associated with a variety of changes in soil organic carbon, is proposed in this article. View Full-Text
Keywords: soil renewal rates; chronofunction; erosion tolerance level; management on agricultural lands; Crimean Peninsula soil renewal rates; chronofunction; erosion tolerance level; management on agricultural lands; Crimean Peninsula
►▼ Show Figures 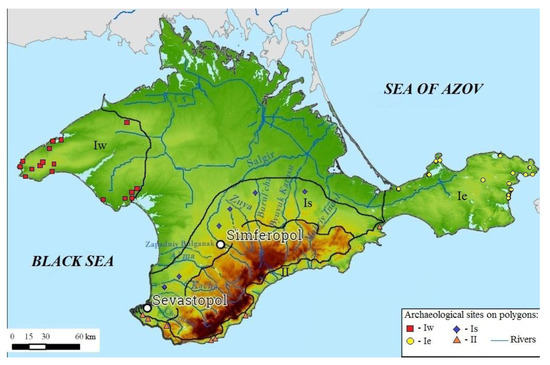