The Glacial Geomorphology of the Ice Cap Piedmont Lobe Landsystem of East Mýrdalsjökull, Iceland
Next Article in Special Issue

Detection of Karst Features in the Black Hills Area in South Dakota/Wyoming, USA, Based on Evaluations of Remote Sensing Data
Previous Article in Special Issue

Temperature and Conductivity as Indicators of the Morphology and Activity of a Submarine Volcano: Avyssos (Nisyros) in the South Aegean Sea, Greece 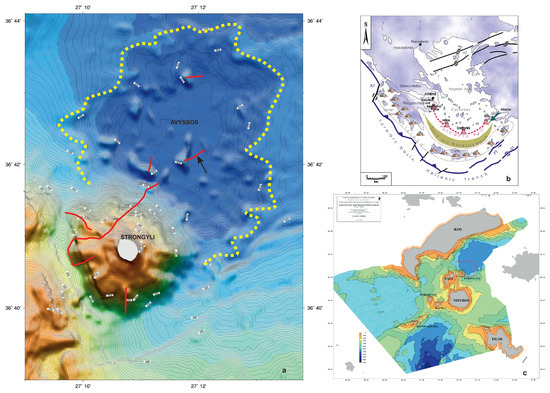 
Bakalis, Evangelos; Mertzimekis, Theo J.; Nomikou, Paraskevi; Zerbetto, Francesco. 2018. "Temperature and Conductivity as Indicators of the Morphology and Activity of a Submarine Volcano: Avyssos (Nisyros) in the South Aegean Sea, Greece." Geosciences 8, no. 6: 193.