Changes in Regional Snowfall in Central North America (1961–2017): Mountain Versus Plains
Next Article in Special Issue

Landslides are one of the natural hazards that occur annually in Indonesia. A continuous geodetic observation in the landslide prone area is essential to support the precautionary measures. Because of its hilly topography, torrential rainfall and landslide history, the Ciloto district in Indonesia has been affected by ground deformation for an extended period of time. The purpose of our study is to detect significant movement and quantify the kinematics of its motion using the Interferometric synthetic aperture radar (InSAR) time series analysis and multi-band SAR images. We utilized the small baseline SDFP technique for processing multi-temporal SAR data, comprising ERS1/2 (1998–1999), ALOS PALSAR (2007–2009), and Sentinel-1 (2014–2018). Based on the detected deformation signal in the Ciloto area, the displacement rates are categorized as very slow movements. Two active main landslide zones; the Puncak Pass and the Puncak Highway area, which show the trend of slow movement progressively increasing or descreasing, were detected. The integration of the velocity rate between InSAR results and ground observations (e.g., terrestrial and GPS) was conducted at the Puncak Highway area from the temporal perspective. Using the polynomial model, we estimated that the area had cumulatively displaced up to −42 cm for 25 years and the type of movements varied from single compound to multiple rotational and compound. View Full-Text
Keywords: active landslide; slow deformation; multi-temporal InSAR; small-baselines active landslide; slow deformation; multi-temporal InSAR; small-baselines
►▼ Show Figures 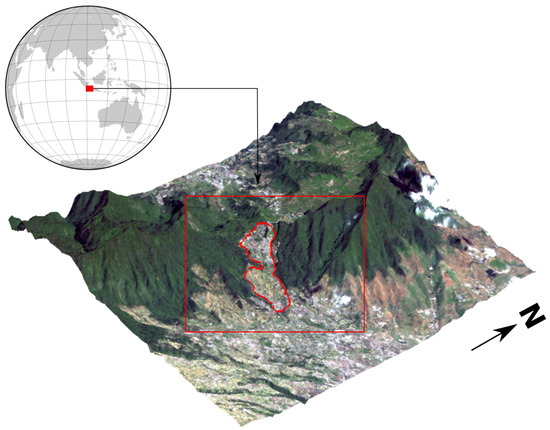